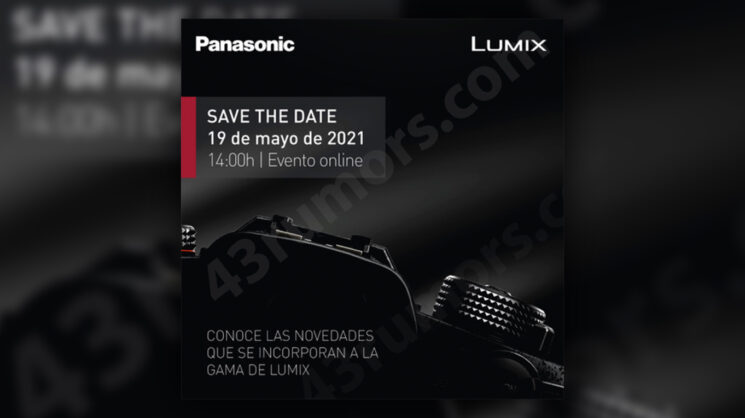 There’s been a lot of hype – for a couple of years now – about Panasonic releasing a successor to its GH5 mirrorless camera. Up until recently, that hype was surrounding a possible GH6. A whole new beast with all the latest bells and whistles. Then, a week ago, we saw a leaked spec sheet for what appears to be a (mostly the same as the original) GH5 Mark II.

Now, rumours are out that Panasonic will be announcing both cameras. The GH5 Mark II release and the GH6 development announcement. And those announcements may come tomorrow.

According to 43Rumors, who have posted a “Save the Date” image, there’s a Panasonic online press event happening tomorrow, May 19th. They haven’t been able to confirm that the GH5 Mark II and GH6 will actually be publicly announced then, but one source has told them that’s what’s happening. I suspect that if tomorrow’s online event is a closed press briefing, we’re probably a week or two away from a public announcement.

I still don’t understand the point of releasing the GH5 Mark II, though. For the seemingly tiny benefit it offers over the GH5, I can’t see many people switching to it from the GH5 they already own. And if the GH6 is really on the way – which is expected to be announced possibly as soon as August or September – I can’t imagine many new users rushing out to buy the GH5 Mark II, with a GH6 release so close.

For the sake of a couple of months, I think most people will just wait to see what the GH6 offers and how much it costs.

Even if tomorrow’s event doesn’t immediately lead to public announcements, I’m sure some more solid rumours will start to leak over the next few days once the information starts to be disseminated amongst the press.

Either way, I have a suspicion that the GH6 may ultimately not live up to the hype that’s been built up, especially over the last few months. I guess we’ll just have to wait and see.