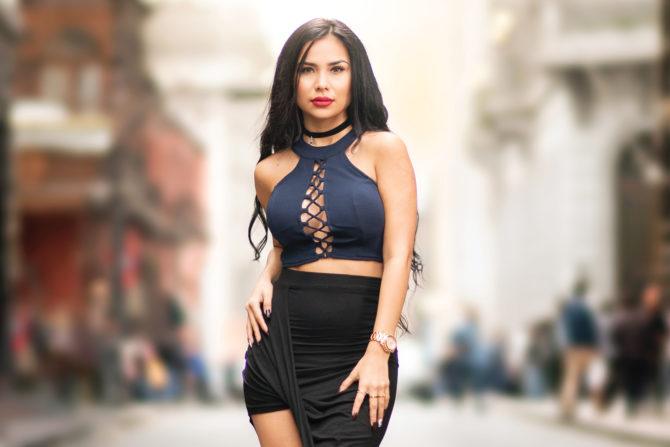 I’m not typically a massive fan of shallow depth of field, except when it comes to full length portraits. Then, I love it. So, when this shot by Peruvian photographer Jiro Sunohara passed by my monitor, I had to get in touch.

During a recent trip to Peru, with the aid of friend and fellow photographer Max Lopez, Sunohara arranged several shoots. One of those was in Peru’s capital city, Lima. With a pretty firm idea in mind, they set out to see what they found find. 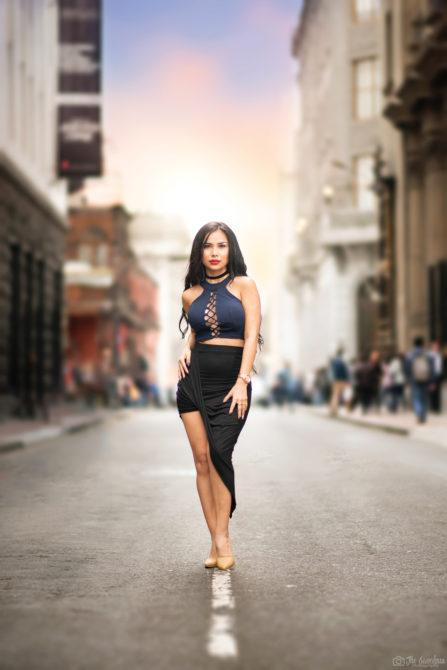 Jiro told DIYP about the concept for the shoot, and what he was trying to create.

We were looking for an urban background for this session, so we decided to get into the historical center of Lima (Peru) with a beautiful architecture dating from the sixteenth century.

At first taking pictures was not easy because most places in the city center are usually crowded.

It’s a problem that many of us face when attempting to photograph images in a city. They’re just busy. Shooting on a private property can help. It gets you and your subject out of the way of the public, but there are usually limits.

We were doing some photos in an alley belonging to a local newspaper but unfortunately not allowed to use flash. We got a lot of pictures, but I wasn’t satisfied not being able to use my lights.

When we finished there, I noticed the street next to where we were shooting. The road was quiet with lots of gaps between vehicles. So, I set up my softbox and my lights and told model, Pilar Gasca to stand in the middle of the street when the cars weren’t coming.  Max came close to the model, holding the softbox while I shot the photos. 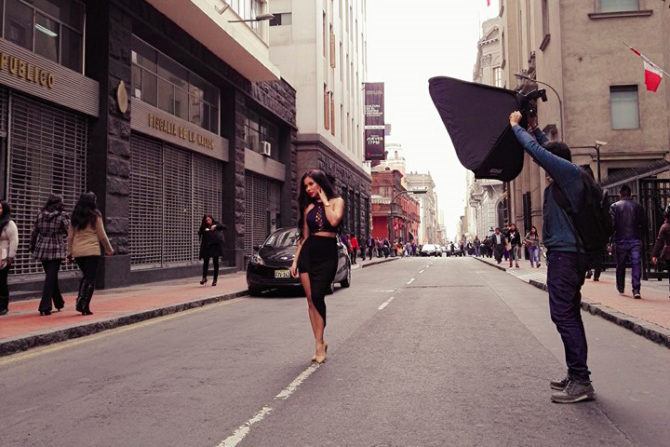 Even on quiet roads, traffic is inevitable. Jiro told DIYP that they had to get out of the road several times as they saw cars approaching. Then, they would quickly go back out to get another shot or two. Whenever you’re shooting on the street, anywhere in the world, you don’t want to hold up traffic.

Ultimately, Jiro made the shot he set out to create. Straight out of the camera, it looked like this. 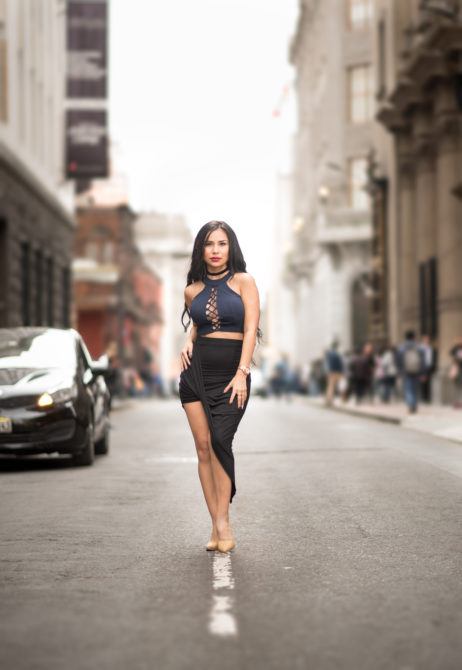 Speaking of the camera, Jiro told us about the equipment he shoots with. It’s a pretty basic and modest setup.

The camera setup was very simple. Nikon D750 and Nikkor 85mm f/1.8 lens. Only one light was used, a Yongnuo YN-565EX speedlight.

As well as cars coming down the street, parked vehicles are also a potential pain shooting in the city. It didn’t prove to be much of a problem for Jiro, though, as he explained when he told us about his post processing.

Like many of us, his process starts in Lightroom.

The post processing was first in Adobe Lightroom basically to tweak the color temperature and highlights level.

Then I used Photoshop to replace the gray and cold sky for another warmer one (Lima sky in June is not the best). I also removed the car near to the model.

Finally I made a simple skin retouch, increased the color and smoothed the background slightly (no Gaussian blur added).

Well, it all definitely led to a good looking final result.

My own thoughts on Photoshop are similar to how they have been applied here. Sometimes there are factors outside of your control preventing you from getting the exact image you want in-camera. As long as you’re not shooting journalism or documentary, there’s really nothing wrong with taking out those distractions.

Sometimes you can ask, and they’ll happily move out of your frame. Sometimes they’re fixed parts of the environment and can’t move. I’ve taken a number of ugly street signs out of shots over the years.

Thank you, Jiro, for taking the time to talk with us. If you want to see more of Jiro’s photography, you can follow his work on 500px. You can also follow Pilar on Instagram. Images used with permission.

What kit do you use when you’re packing light for portraits on the street? Let us know in the comments.

Win A Brixton Messenger Bag and a Lima Strap From ONA

« AV.io 4K takes a shot vs. Atomos with USB 4K recording at a 1/3 of the price
Swim with dolphins while staying dry with this great immersive 360 VR video »