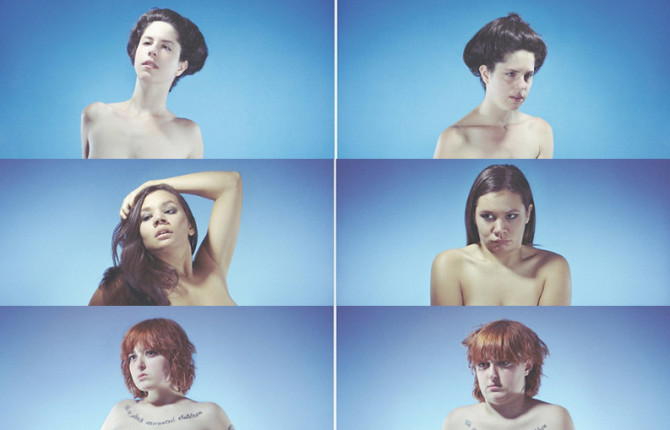 If you feel that magazines show beauty standard that is hard to match up to, you are probably right, aside the massive photoshopping that sometimes goes into the image creation process, the models are being aided by flattering lighting and calculated poses. Both of which have tremendous impact on the look of the human body.

Photographer Gracie Hagen chose to challenge that practice with Illusions of the Body. She does so by exposing us to two different exposures of the same person. In one exposure, the person is beautifully lit, and its pose is crafted to perfection. The other exposure is juxtaposed: horrible lighting and bad pose. The result help the viewers to understand that even the prettiest of persons are getting ‘some help’ in their magazine photos.

We asked Gracie a few questions, which you can find after the jump.

[The series is full frontal nude, so only hit the jump is you are not offended by frontal nude.] 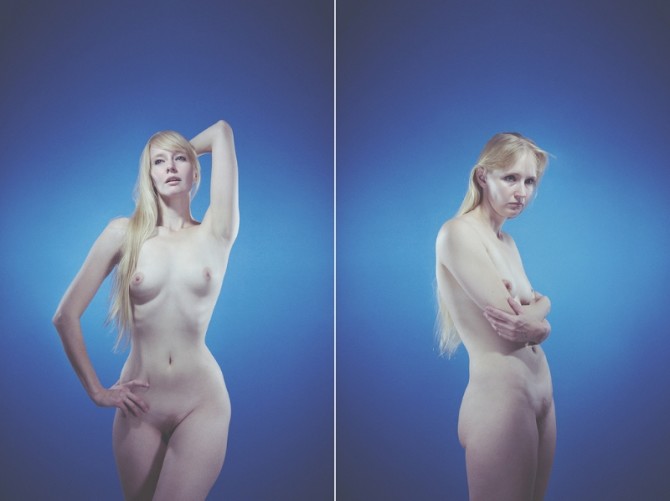 DIYP: I was most surprised by the models agreeing to having their on-the-right picture published, how did you convince them to agree?

Gracie: I mean there was no coercion on my part, I explained what the shoot was about and what it entailed, if someone was interested they said yes, if they were not, they didn’t respond. When the series got popular people were emailing me from all over the world asking to be apart of it. It goes to show how people are becoming aware of the body image topic and are willing to participate in that conversation. 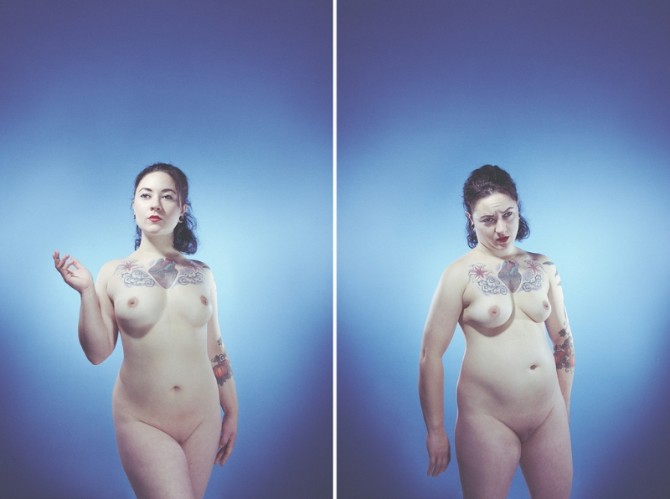 DIYP: I was also wondering: we rarely see full frontal nude, even in our fashion industry, why did you choose to go with that approach?

Gracie: I wanted the series to commentate on how posture, lighting and even the slightest turn of the head can cause someone to look completely different without the camera or lighting moving at all. I also wanted to show the vast array of body types that exist. The more people see someone that looks like them or recognizes a similarity, the more they’ll realize there isn’t just that ONE body type they see in all of media to compare themselves to. They’re just like everyone else; flawed and beautiful. If the subjects were clothed the second point would be less clear. Also nudity, slut shaming etc is something that this culture is infested by, I would like that to stop. 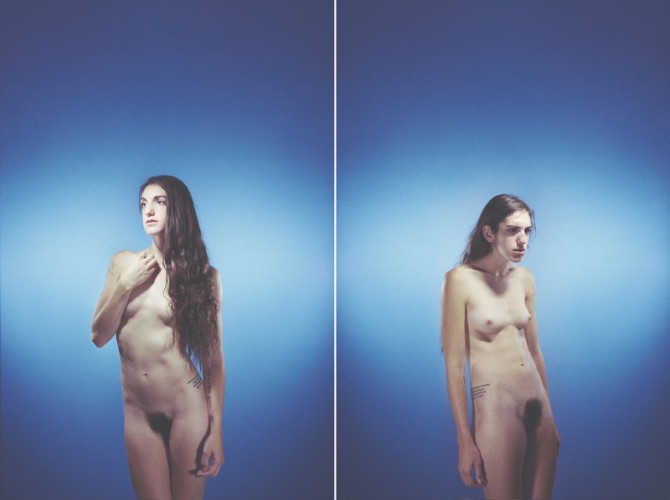 DIYP: Lastly, I saw that there were far more women than men featured on the book. What is the reason for that?

Gracie: The images on my website are only the first 30 or so people I photographed, most of them were women, in the book there are 17 additional photos, most of which are men. The ratio of women to men was not intentional, it was whoever said yes to being photographed. It does indicated something about our society though. Women are sexualized more than men, therefore more women are comfortable being nude in front of the camera, they’re used to that standard being applied to them. I am also sort of happy at the amount of women I got for the series. I think this series is more for women than it is men. The amount of body standards women have to live up to and deal with on a daily basis vastly outnumbers what men go through (and I am not saying men do not have body issues, they definitely do, just a lesser amount). 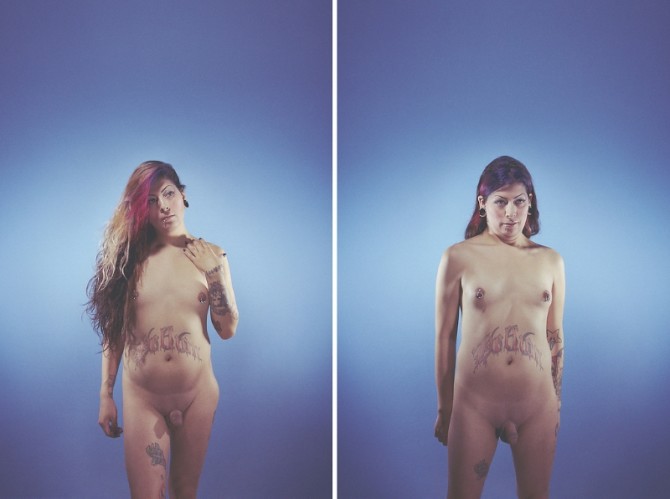 Here is the artist’s statement from Gracie:

This series was made to tackle the norms of what we think our bodies are supposed to look like. Most of us realize that the media displays only the prettiest photos of people, yet we compare ourselves to those images. We never get to see those photos juxtaposed against a picture of that same person looking unflattering. That contrast would help a lot of body image issues we as a culture have.

Imagery in the media is an illusion built upon lighting, angles & photoshop. People can look extremely attractive under the right circumstances & two seconds later transform into something completely different.

Within the series I tried to get a range of body types, ethnicities & genders to show how everyone is a different shape & size; there is no “normal”. Each photo was taken with the same lighting & the same angle 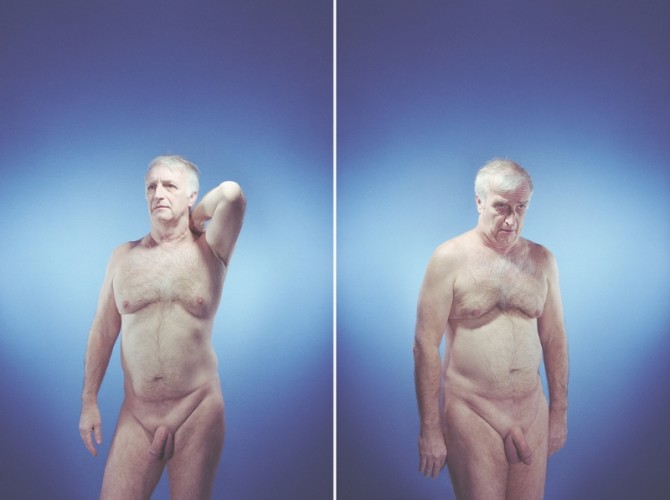 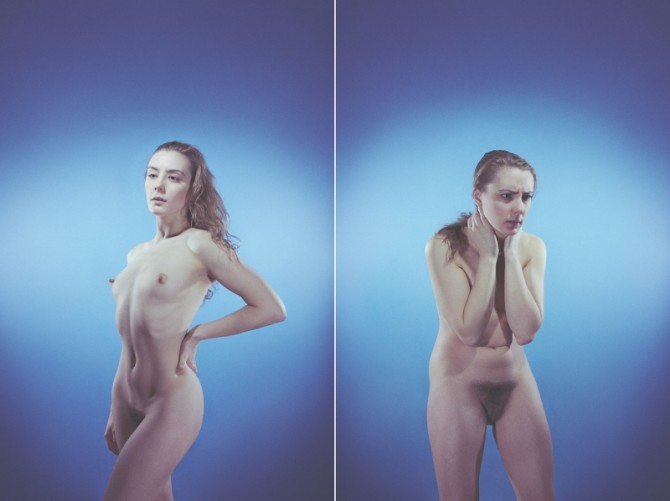 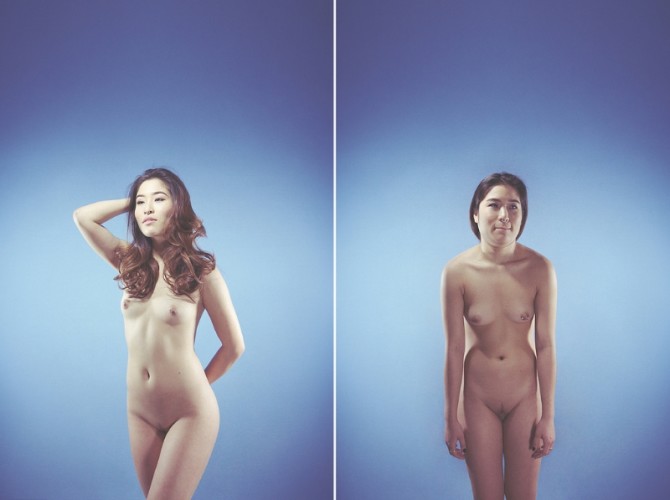 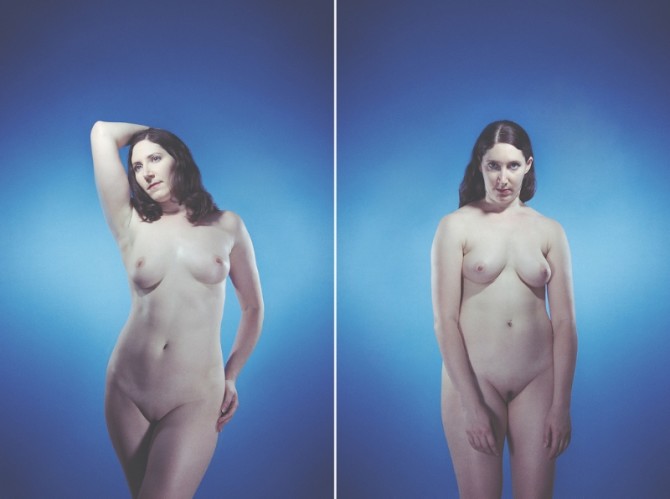 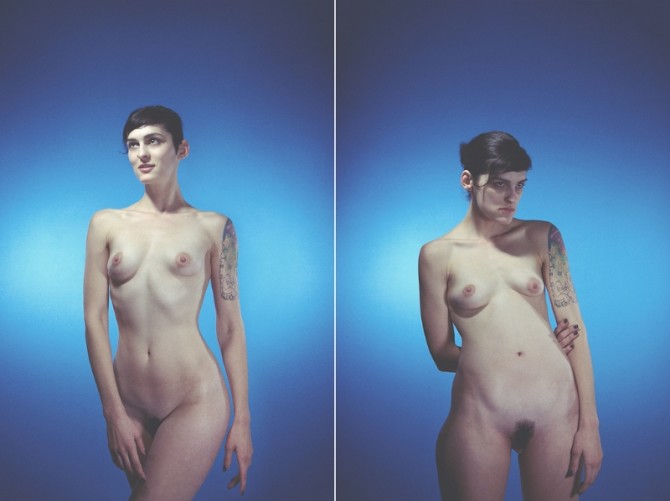 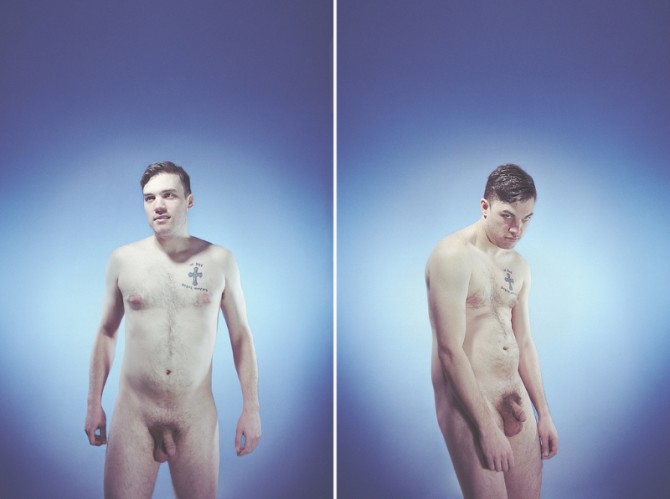 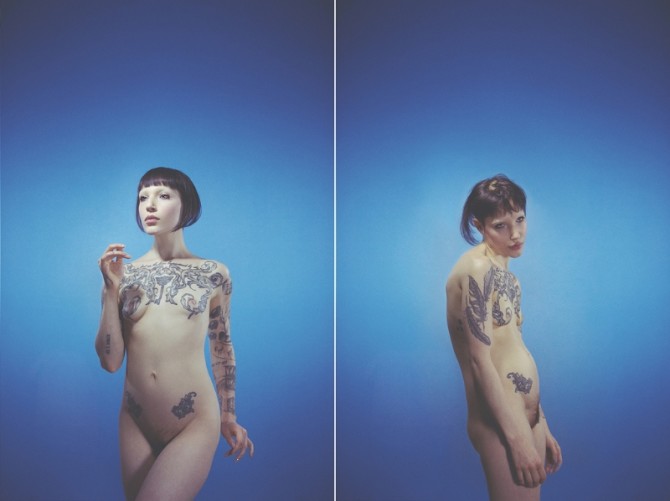 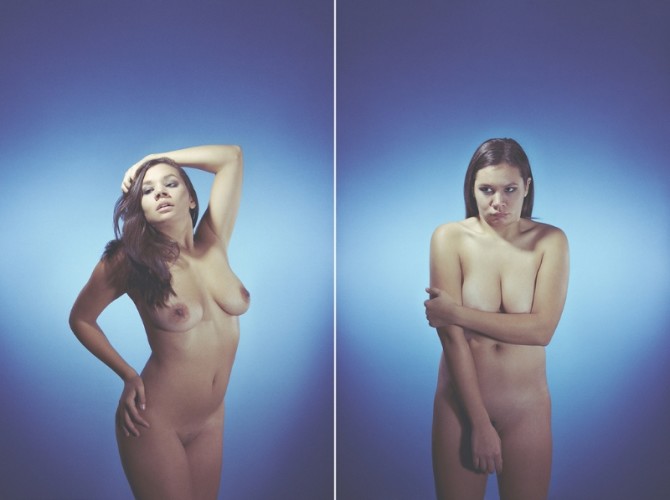 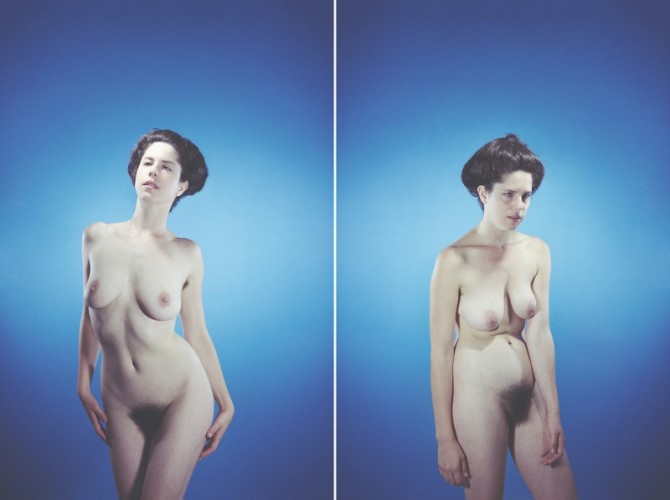 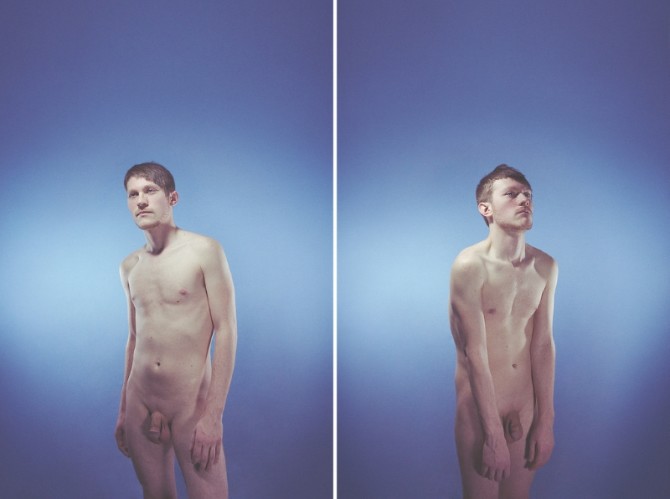 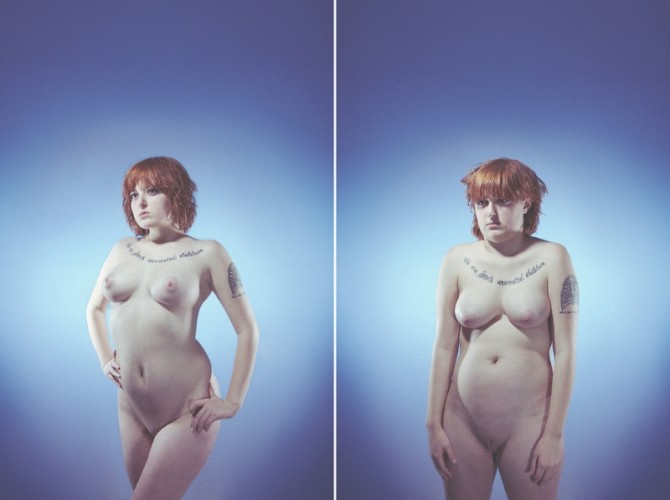 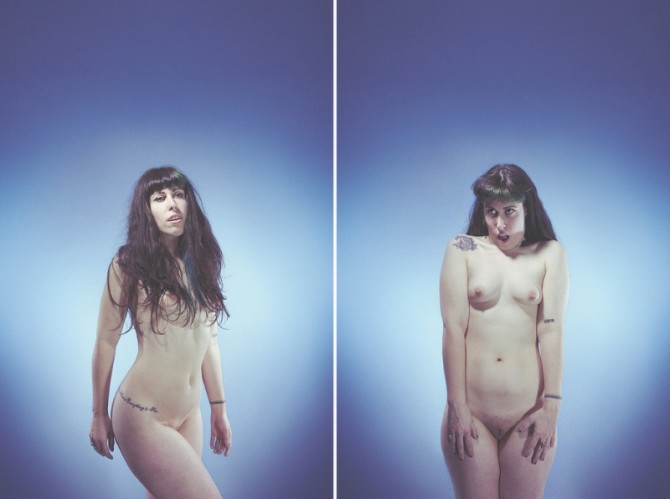 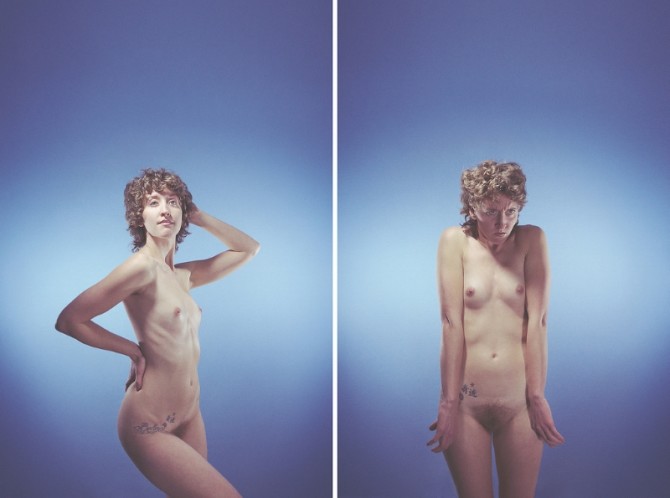 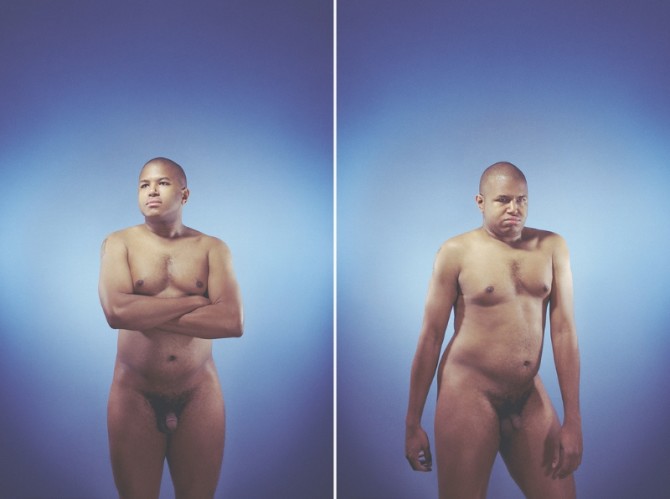 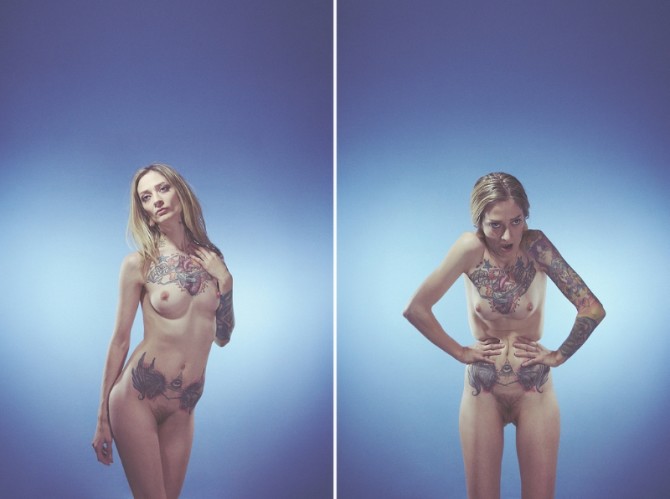 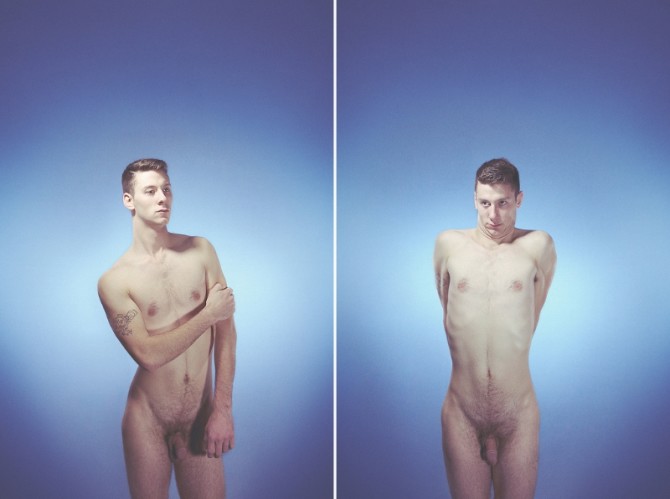 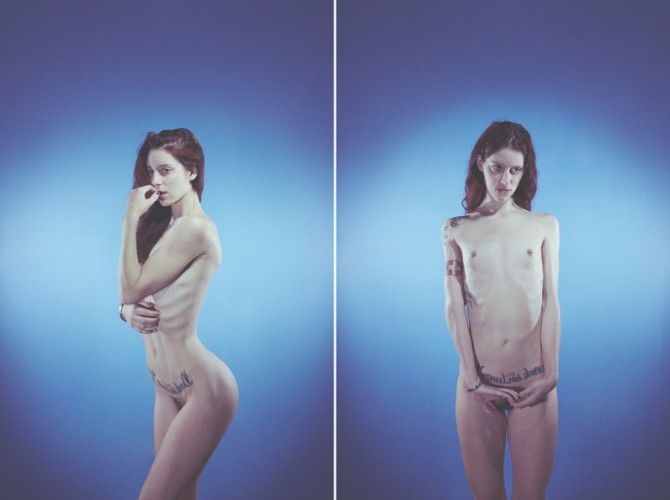 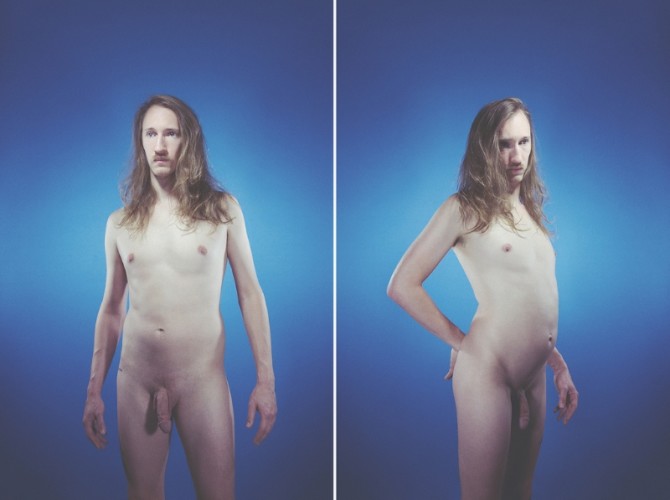 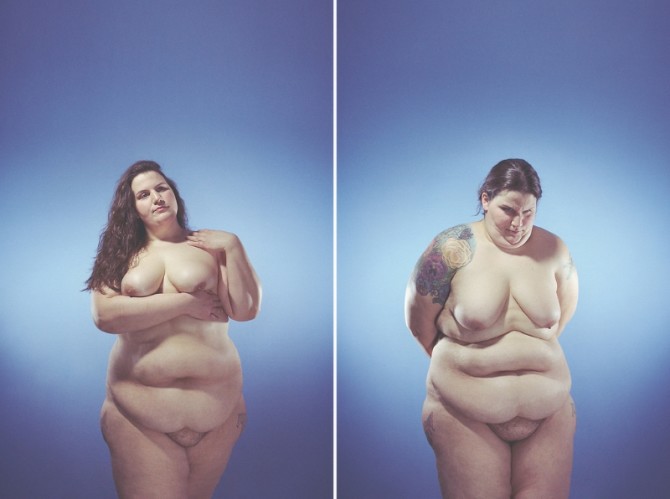 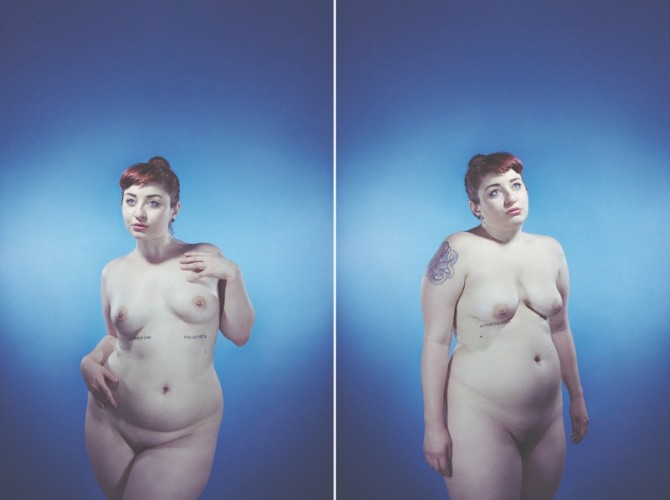 [Illusions of the Body | Gracie Hagen]