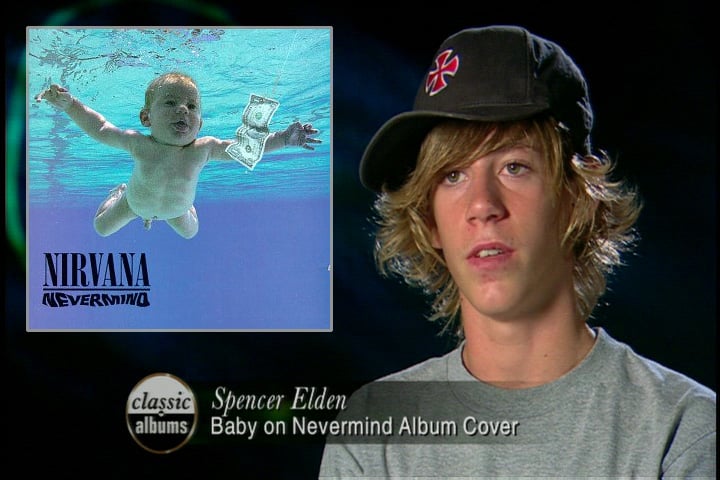 The cover of Nirvana’s Nevermind album is as iconic as the album itself. But Spencer Elden, the baby in the image, is now a 30-year-old man who realized he’s not happy with his photo on the album cover. So, he decided to sue the band members and other folks related to Nirvana, alleging “child pornography.”

I bet most of us have some version of this album still lying around somewhere. Mine is on a cassette tape in my old room at mom’s place. But in case you’ve never gone through the grunge phase, let me paint you a picture real quick. The album cover depicts a nude baby swimming in a pool, with a dollar bill on a fish hook composited into the image. The composite is supposed to make a statement on capitalism, but I guess that now-adult Spencer and his lawyer would disagree.

Spencer’s lawyer Robert Y. Lewis claims that the photo crosses the line into child porn, all because of that darn dollar bill. According to Lewis, “it makes the baby appear like a sex worker.” So, in the lawsuit, Spencer is seeking at least $150,000 from 17 defendants each. The defendants include surviving band members Dave Grohl and Krist Novoselic; Kurt Cobain’s wife Courtney Love, the executor and managers of Kurt Cobain’s estate, photographer Kirk Weddle, art director Robert Fisher, and several record companies that released or distributed the album in the last three decades. This includes both existing and defunct companies, no one is spared.

“Defendants intentionally commercially marketed Spencer’s child pornography and leveraged the shocking nature of his image to promote themselves and their music at his expense,” Lewis writes in the lawsuit. “Defendants used child pornography depicting Spencer as an essential element of a record promotion scheme commonly utilized in the music industry to get attention, wherein album covers posed children in a sexually provocative manner to gain notoriety, drive sales, and garner media attention, and critical reviews.”

Interestingly enough, Spencer seems to be a fan of Nirvana, considering a huge “Nevermind” tattoo across his chest. He also recreated a similar pose for multiple album anniversaries, both as a teenager and as an adult (although, with swim trunks on). He said that he had “mixed feelings” about the photo. “It’s strange that I did this for five minutes when I was 4 months old and it became this really iconic image,” he said. “It’s cool but weird to be part of something so important that I don’t even remember.” Still, despite having mixed feelings, Spencer has never described the photo as “pornographic.”

I’m pretty sure that no person in the world would see this image as pornographic (at least I hope so). But more importantly, as Variety notes, “non-sexualized nude photos of infants are generally not considered child pornography under law.” Therefore, I think there’s no ground for a lawsuit, at least as far as “child pornography” goes.

On the other hand, Spencer says that his parents were paid $200 on the day of the shoot. He also claims that they had never signed paperwork allowing any use of the image. We all know that using a photo commercially without proper licenses is a big no-no. So if this is true and Spencer can prove it, he might just win. Although, I don’t think that the fact that he’s naked in the controversial image will affect the judge’s decision.

[via The Verge, image credits: Kaigani Turner on Flickr, shared under CC BY-NC 2.0]