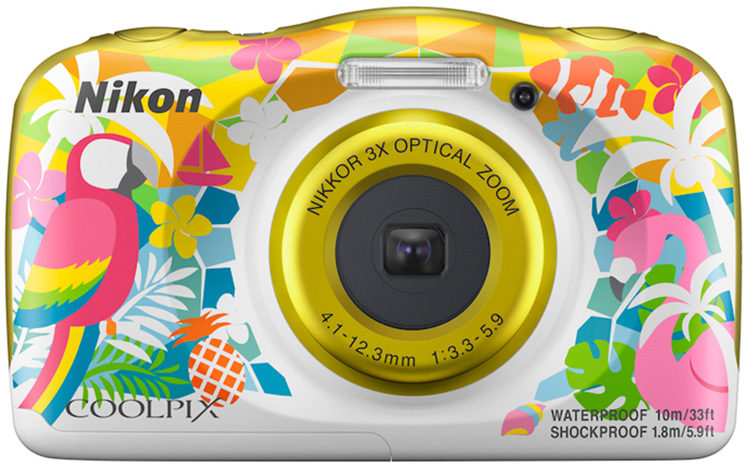 Aimed at children and absolute beginners, the Coolpix W150 is a new waterproof and shockproof compact camera from Nikon. It comes in a variety of patterns and colours designed to appeal more to children and get them excited about photography. It’s also built tough to withstand the kind of abuse children can often dish out on electronic devices.

Although the Coolpix W150 is intended to be a great camera for children, it does come in more subtle solid colours, too. Well, it comes in one subtle colour, white. The other two are pretty extravagant blue and orange flavours. But they’re a little more subdued than parrots and flowers. So, it’s ok for grown-ups, too.

Along with the rugged look is a simplified user interface to make using the camera as simple as possible. It features a 13.2-megapixel sensor, a 3x optical zoom lens, although the image stabilisation is electronic. As far as video, it shoots 1080p with stereo sound. 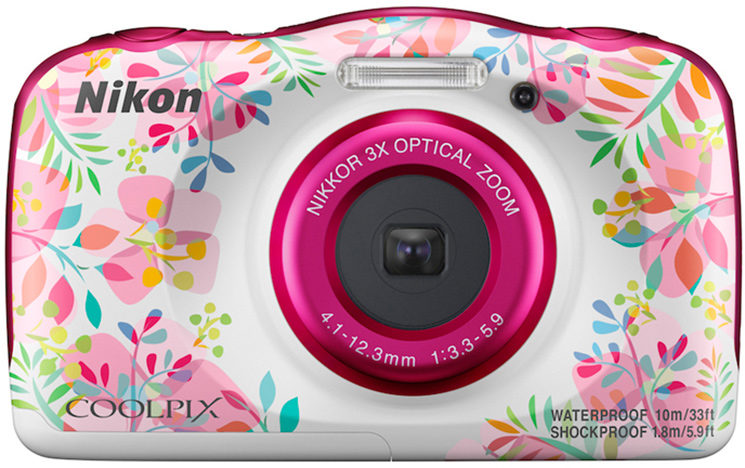 When used underwater, the camera features enhanced scene modes that apply processing underwater to detect and capture human faces, as well as to correct the blue colour cast that often occurs when shooting underwater. Other scene modes include various instant camera effects as well as various other frames which can be applied to photos and a collage mode for creating a single image from multiple photographs.

It has built-in Bluetooth and WiFi for connecting to an iOS or Android device for transferring images and communicates over Nikon’s Snapbridge protocol. It also has a “Smile Timer” function which sets the camera to automatically hit the shutter when it detects a smile on the face of a human subject.

Nikon hasn’t made any mention of price or availability yet, but I can’t imagine it will be that expensive, given the market they’re aiming towards.

This might prove to be a great little camera to start getting your kids interested in photography.