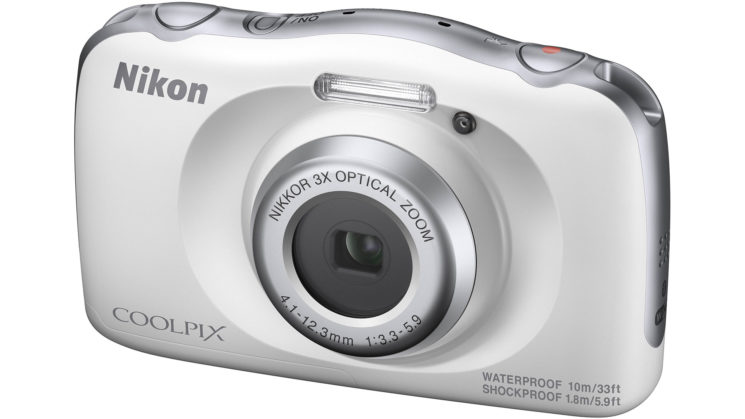 Despite the compact market largely dying to smartphones, there are a few exceptions out there that still manage to survive. You’ve got the high-end compacts like the new Canon G7X III and Sony RX100 VII, but then you’ve also got some lower end special purpose compacts that haven’t quite died off yet.

One such entry-level compact is Nikon’s range of waterproof point & shoot cameras. Now, Nikon has announced availability for the new Coolpix W150. It’s a waterproof and shockproof compact camera with a 13.2-megapixel sensor, 3x zoom, 2.7″ LCD that shoots 1080p video.

The Coolpix W150 is an update to the previous Coolpix W100 released in 2016. The differences between the two are quite minimal, and they appear outwardly identical. The specs and feature set is also pretty much the same.

When the W150 was first announced in April, Nikon said they wanted to aim it more towards children. They want to get the younger generation into photography. So, where the differences come between the W100 and W150 is in the software.

Nikon says that they have streamlined the menu interface to make the camera easier to use. The W150 also includes new features through the “Fun Variety Menu”, which includes features like Underwater Face Framing mode, which takes up to four photos every time a face passes in front of the lens.

There is also a new picture-in-picture mode, and new editing functions, as well as a “Little Planet” mode and “curve” pictures.

The Nikon Coolpix W150 is available to pre-order now for $169.95 and ships in September. So far, though, the listing only shows it available in white. Blue, orange, and the two crazy patterned varieties don’t seem to be available yet.