Here is a fact that you should know by now. Images on the net are not up for grabs, even if you don’t know who they belong to. 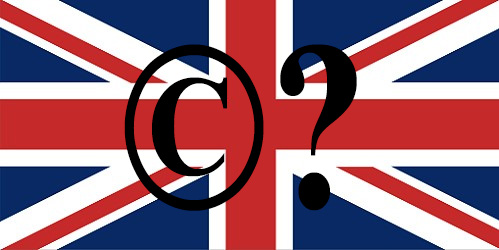 This means for example that if a newspaper found a photograph online, it has to located its copyright owner (sometimes it’s easy, if it was found on a Flickr gallery, but sometimes it’s harder, it was on that newsletter-you-subscribed-to-when-they-offered-free-Cheetos). Nevertheless, no one could have used your work if they could not obtain permission from you.

Last night, a new act in the UK, called the “Enterprise and Regulatory Reform Bill” receives Royal Assent which basically means that it is on its way to becoming a law.

Basically that act changed the UK copyright laws to allow commercial use of orphan works including photographs.

Why should you care?

Because that act changed the UK copyright laws to allow commercial use of orphan works. Here is how The Register Describes it:

“The UK coalition government’s new law reverses this human right. When last year Instagram attempted to do something similar, it met a furious backlash. But the Enterprise and Regulatory Reform Act has sailed through without most amateurs or semi-professionals even realising the consequences.

The Act contains changes to UK copyright law which permit the commercial exploitation of images where information identifying the owner is missing, so-called “orphan works”, by placing the work into what’s known as “extended collective licensing” schemes. Since most digital images on the internet today are orphans – the metadata is missing or has been stripped by a large organisation – millions of photographs and illustrations are swept into such schemes.

For the first time anywhere in the world, the Act will permit the widespread commercial exploitation of unidentified work – the user only needs to perform a “diligent search”. But since this is likely to come up with a blank, they can proceed with impunity. The Act states that a user of a work can act as if they are the owner of the work (which should be you) if they’re given permission to do so by the Secretary of State and are acting as a regulated body.”#

You may say that this is not an issue for you because you diligently update each of your images with the relevant copyright IPTC codes, but apparently a lot of the image hosting services out there strip out those codes, leaving the image an “Orphan Work”. Here is a chart made by the IPTC organization that shows how many of the popular sites are stripping down the copyright data 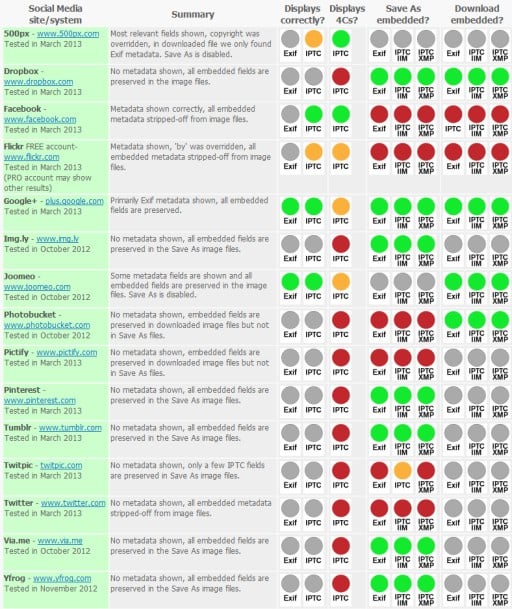 As you can see stripping down the IPTC tags is pretty common with big services like facebook, Flickr and Twitter. They may be associated to your account when you upload them. But once they start circulating the web, it is not trivial to trace them back to the original creator.

What Makes a Photo Orphan Works

A photo becomes orphan works when a potential user can not trace the photo back to its copyright owner after performing a diligent search. But diligent search is not defined and while there are services that can help you track photos online like tin-eye and Google image search, finding the owner of an online photo is almost impossible.

Is Watermarking The Solution?

If you want to be 100% sure that your info is always with the images, than probably yes. While removing a watermark is technically possible, it is definitely a deliberate act.

Another option is to watermark photographs in an unobtrusive way that blends in with the picture. While it is only suitable for some types of images, it is both harder to remove and looks better than the usual watermark. Here is a tutorial on this method by Klaus Herrmann.

I would love to hear your thoughts on this.

How Would Superman See It? Creative GoPro Usage