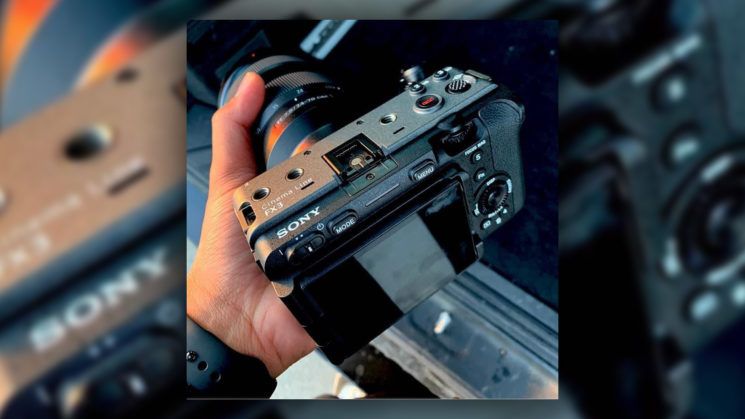 Another leaked photo of the Sony FX3 has popped up on Twitter. And this one might go some way towards explaining why the Sony A1 doesn’t have a flippy out LCD when the Sony A7S III does. It seems that Sony might not have wanted cannibalise sales of their upcoming FX3 – largely rumoured to have otherwise similar specs to the A1.

The newly leaked photo shows the FX3 from behind with what is obviously a sideways hinge, allowing you to flippy the LCD around to the front, offering much more articulated viewing options than the standard tilt screen of the Sony A1. The original poster of the photo is unknown, but New Zealand DP, Joe Lawry posted it to his Twitter account for posterity.

Exactly how the camera’s video features will compare to the Sony A7S III or Sony A1 remains to be seen. There are no solid rumours yet as to whether this will shoot 8K video like the A1 or 4K like the A7S III (both resolutions have been reported in various locations) or at what frame rates, bit rates, storage options, etc. 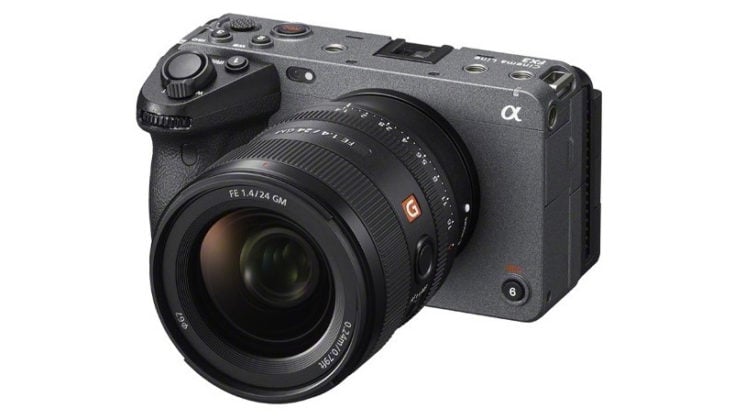 With photos leaking now, though, we may be able to expect an official announcement sometime in the next couple of weeks when CP+ 2021 (virtually) opens up in Japan later this month. And, chances are, we’ll see a leaked spec sheet a couple of days before that happens.