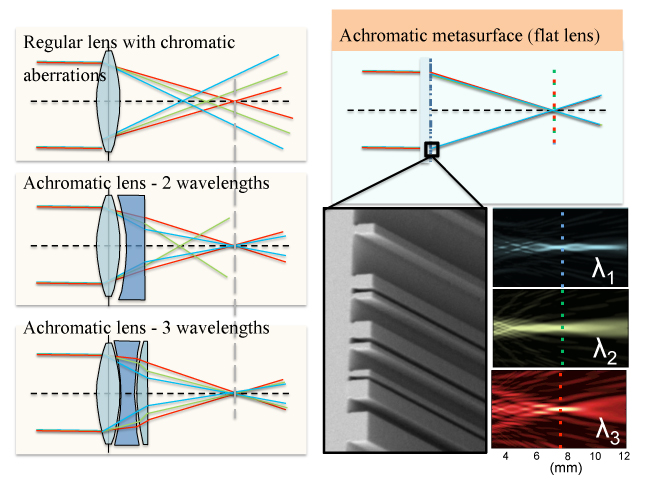 A new technology dubbed “achromatic metasurface” from Harvard’s SEAS aims at making Chromatic Aberration (CA), a thing of the past. Moreover, they are planning to do it with a flat lens design.

A flat lens prototype was introduced back in 2012, but it could only work with one wavelength creating significant Chromatic Aberration

The lenses we know are curved, making the acting like a prism and breaking different wavelength in different angles, creating an effect called Chromatic Aberration. Most lens companies have technologies to overcome this problem by either including several glass elements in the glass or by using different types of glass (like ED glass for Nikon).

But now, CA may no longer be an issue as the team at Harvard School of Engineering and Applied Sciences created a flat lens that uses nano-antennas to direct all color wavelengths in the same angle, thus creating a flat lens.

A major leap forward from a prototype device demonstrated in 2012, it is an ultra-thin, completely flat optical component made of a glass substrate and tiny, light-concentrating silicon antennas. Light shining on it bends instantaneously, rather than gradually, while passing through. The bending effects can be designed in advance, by an algorithm, and fine-tuned to fit almost any purpose #

Here is a look at how the two types of “regular optics” – refractive and diffractive – we are using today handle color. Each color (wavelength) goes in a slightly different angle. The metasurface have all colors converge in a single spot. 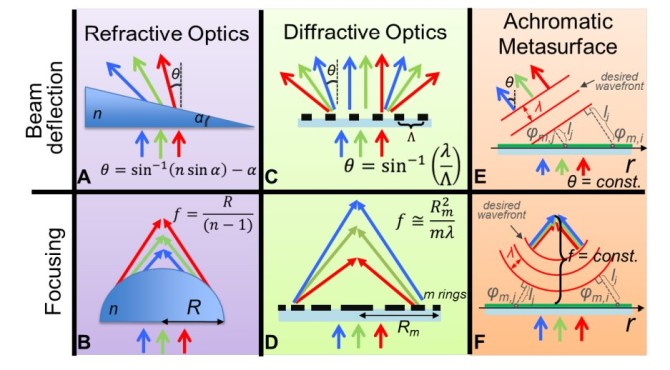 This technology is still at a very early stage and it would probably take a while until we see commercial applications of it, but boy, I would love holding a light and small 100-400mm lens.

5 ways to get rid of chromatic aberration in Photoshop

How to remove chromatic aberration and color fringing in Photoshop