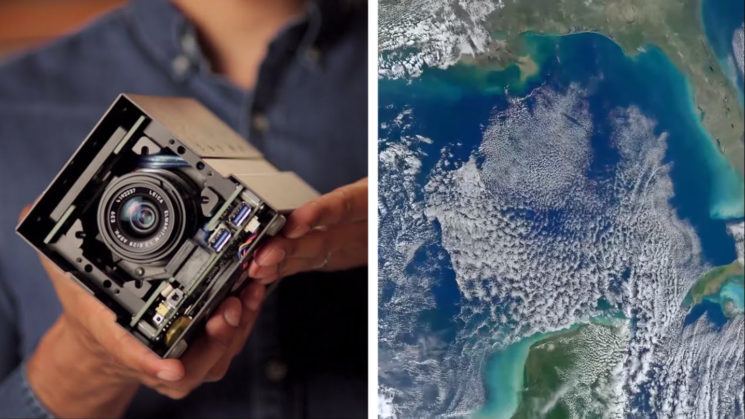 “We know more about the surface of Mars and Moon combined than we do of our own ocean floor.” Thanks to Ved Chirayath of NASA Ames Research Center, this might change in near future. He has developed a new camera tech that allows the scientists to explore the ocean floor from the air. This hardware and software technique is named fluid lensing, and it could enable NASA to look and map out all of the coastal ocean systems in the world.

While NASA is searching for other worlds with liquid water, we live on a planet that’s rich in water and underwater life. However, Chirayath explains that we still don’t have technologies that are able to explore it. He has been awarded funding from the Earth Science Technology Office (ESTO) to develop such technology and enable scientists to image the area under our planet’s ocean surfaces. He invented two cameras called FluidCams, which use the fluid lensing technology to see below the ocean surface from the air.

Even in the clearest waters, the ocean waves create a distortion that makes it difficult to see what’s going on beneath the surface. FluidCams use specific hardware and software which remove this distortion from the ocean surface, so you can image things at a centimeter scale, 10 m deep.

A FluidCam contains fluid lensing, a very high-performance camera, and “a flying computer” with 16 cores of processing power and about 1TB of memory. The data coming from this camera is 550 Mb/s. For comparison, Chirayath explains that this could fill up a laptop in about 200 seconds. That’s a lot of data! But, this technology could provide NASA with many new exploration possibilities.

FluidCams are aimed at mapping out the coastal ocean systems on the Earth. But, it has a potential to help to explore the other worlds as well: from Mars rovers to imaging satellites going by Pluto. Still, Chirayath hopes that his cameras will be used, above all, to study other worlds “through the lens of understanding our own planet.” After all, how can we understand other planets if we still don’t know enough about the basic systems of our own?