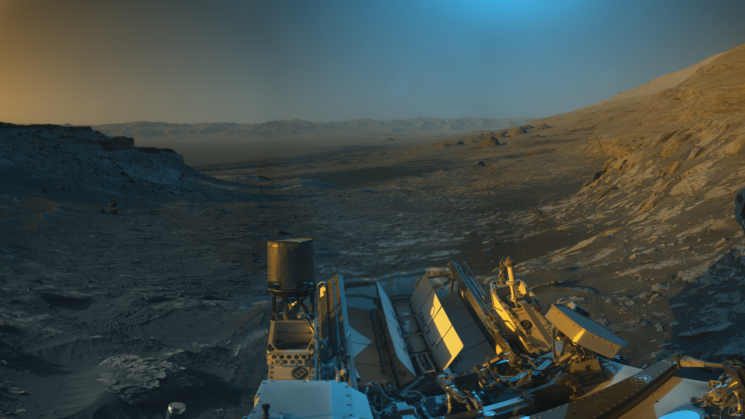 NASA’s Mars based Curiosity rover has shared new lanscape images of the terrain on Mars. The rover recently travelled to Mount Sharp, the central peak of the Gale Crater.

Greetings from high up on Mars’ Mount Sharp! My team combined two black-and-white images from different times of the day and added colors to make this artistic landscape. There’s beauty all around us if we let ourselves be inspired.

Once at the mountain, mission team members were able to use the rover’s cameras to take spectacular landscape images of the Mars surface.

A statement from NASA’s Jet Propulsion Lab says that the team “was so inspired by the beauty of the landscape, they combined two versions of the black-and-white images from different times of the day and added colors to create a rare postcard from the Red Planet.” 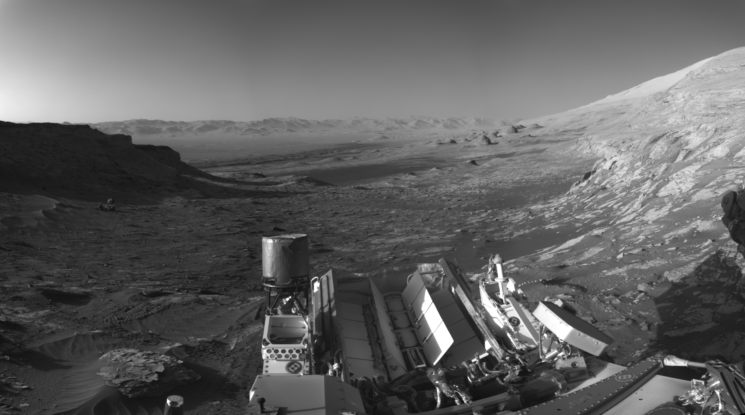 Every time it completes a journey, Curiosity captures a 360-degree view of its surroundings with its black-and-white navigation cameras. The rover keeps the images in a compressed, low-quality format to make it easier and quicker to send back to Earth. The team added colors of their own to this latest black and white image. The blue, orange, and green tints are not what the human eye would see but merely represent the scene as viewed at different times of day.

I’m making Mars safer for future astronauts. Unlike Earth, the Red Planet doesn’t have a magnetic field to shield it from radiation that can wreak havoc on human health. My RAD sensor is providing new data on the risks astronauts will face on the surface. https://t.co/mWmzdL4lxG pic.twitter.com/s5zdCXGdNF

The Curiosity rover was launched exaclty 10 years ago in November 2011, and since then has been capturing the scenery of the red planet as well as important scientific data. Here are a few more images captured by the Rover earlier in the year. 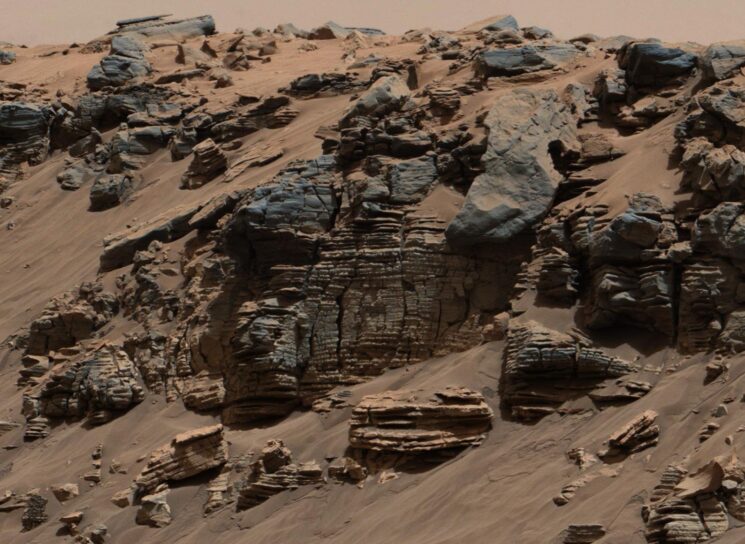 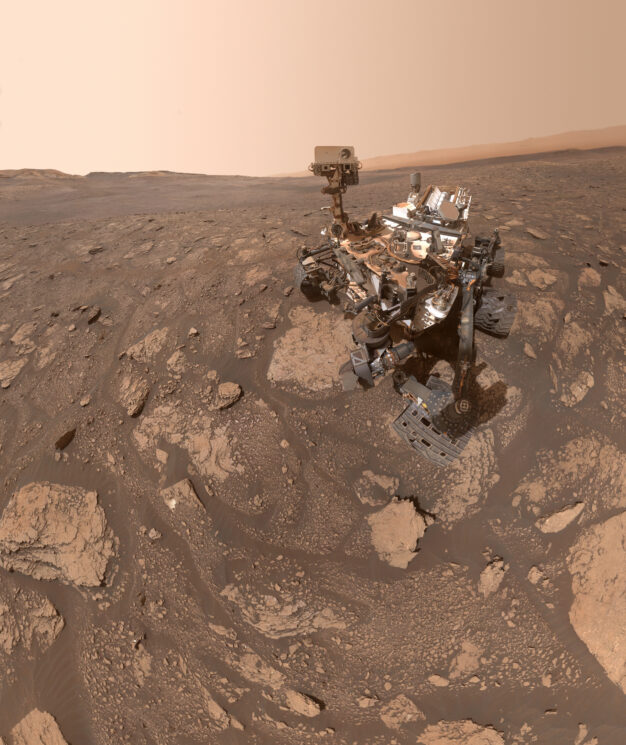