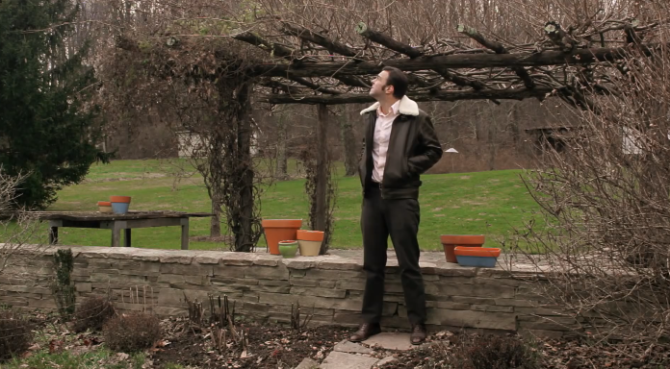 One thing I love about the time we live in is how much innovation we see coming from people just like us. In this case, Boston native and soul singer Bosley just recently uploaded a video that made me want to get back out there and start filming another short film.

The single aspect of this video that I find just absolutely unbelievable is the fact that it took over nine continuous months of work to film. Quoted straight from the video’s description, these guys literally set their camera in concrete, established an impression of an outhouse on the outside, and filmed the same exact routines day after day for that period of time. It’s not that all that work already seemed impossible to begin with; it’s the dedication it takes to do something like this that I still can’t comprehend. Keep in mind that these guys weren’t given professional help. They did this with their own wit and their own creativity. Their will to act on it resulted in one of the most creative videos I think you guys will ever come across.

The video is for a song called “Just Like You”, and it’s directed by Matthew Riggieri, with Michael Patrick O’Leary as the Director of Photography. Check it out below and drop by to let us know what you think.

[Via PetaPixel via Planet 5D]

Look at these photos of unbelievable animals before they become extinct