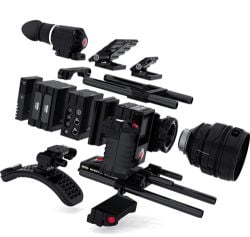 Today, RED announced their two of their new systems:  Scarlet and Epic. Those are the two cameras which will enable you to do just that: Pick and choose the various parts of your system.

What Is This About?

Very simple –  each camera is build from several modules, a "brain" module which actually captures the frames. Several output modules, like monitoring and recording, Lens mount module for all your great Nikon and Canon lenses. You can mix and match modules just like you can mix and match your shoes, pants and shirt to create a new camera each time. 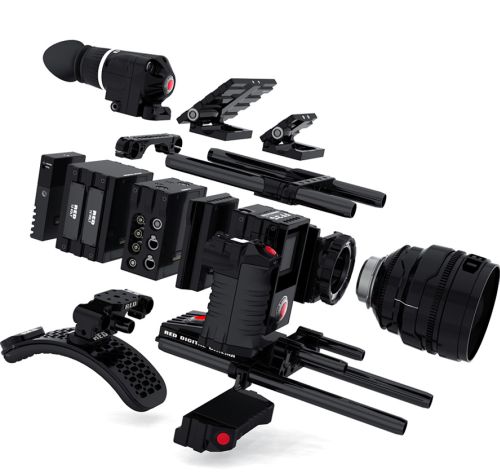 For a long time now, we’ve been waiting to each Photokina or PMA to hear the news about new DSLRs and lenses. RED is trying to approach this anticipation from a whole new angle. They let the photographers build the camera  they want each time they feel bored. Want to use your Nikon Lenses with RED – Got it! Want to capture 30, 50 or 100 frames per second – Got it! Want to have some feature that is not even thought of yet – You’ll get it! – Just replace the right module.

A licensing method like this can start a wave of new applications. (Remember how facebook works, by enabling vendors to build FB applications).

Uncool (which may come back to cool) – Price

Ok, get ready to say good-bye to 2500 to 55,000 big ones. One the other hand, we’ve seen it happening a million times before. Today’s laptops are cheaper and faster. Five years ago, no one would even consider that an entry level camera like the Nikon D40 or the Canon 400D would cost less then a used F90x. The question is will RED be commercialized or will it be an elite differentiator. Time will tell.

The RED systems are not DSLRs – they are targeted for cinema use. They are capable of taking high res images with a DSLR quality lens, but they are not DSLRs. Again, time will tell if RED will take this concept to the pro (and later prosumer) DSRL market. Another option is that an old (Canon, Nikon, Olympus) or a new (Microsoft??) manufacturer will take on this concept.

What do you think? Will RED be a luxury for us all, or the pleasure of few? Hit me in the comments.

As my old friend O.P used to say in cases like this "Autobots, Transform and Roll out"

Want to make sure you get more great articles? Register to the RSS feed or the newsletter.