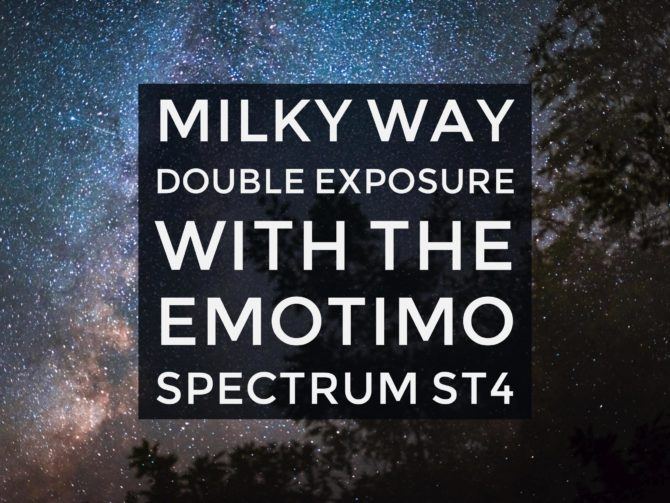 A couple weeks ago I was sitting on the top of a cliff in the dark setting up an eMotimo Spectrum St4 to test out the new gigapixel feature – and I ended up with an unexpected surprise.

Due to user error, I photographed a sequence of photos where the Spectrum’s movement was out of sync with the camera shutter – resulting in the Spectrum moving to the next image in the sequence while the shutter was open.

First of all, lets look at how I screwed up the original image – which resulted in these fluke milky way double exposures.

This was my first time using the new gigapixel feature on the Spectrum, so I was figuring out the setup in the field, in the dark – without a manual. The first gigapixel sequence I programmed in, I set up my camera as I normally would for time lapse and had no trouble stick handling through the gigapixel setup (eMotimo’s user interface is amazingly user friendly and intuitive).

However, because it was nearly pitch black, I was using live view to preview the extents of the frame (part of the gigapixel setup) and check focus. When I hit run for the gigapixel sequence I forgot that the camera was still in live view mode – which resulted in a delay between captures – which caused the shutter release and camera movements to get out of sync. 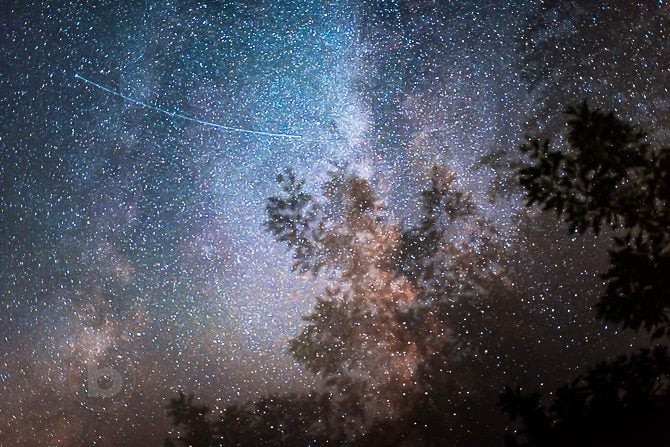 Technically, this isn’t a true double exposure – but the effect is similar. 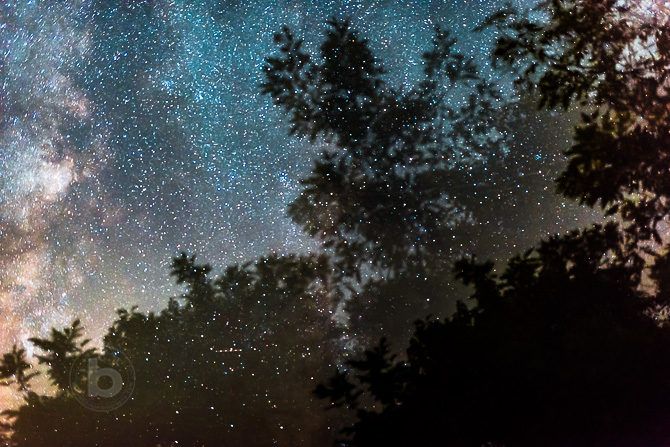 What’s really interesting is because the Spectrum is a robotic motion control system, the resulting images are not a shaky jumbled mess – the camera remained stable even though it moved a significant amount right in the middle of the capture.

What’s also interesting is because the movement was done at ludicrous speed (watch the gigapixel promo video) only light from the brightest objects tracked with the movement – while the light from rest of the stars burned in while the camera was stationary.

Next Time It Will Be On Purpose!

This has given me all kinds of ideas about how I could set up the Spectrum to take advantage of controlled movement during long exposures.

For example, with a slow continuous movement, you could mimic star trails and then use a strobe to expose for a subject or focal point. Or, with the Spectrum’s ability to record and precisely playback live motion movements up to eight seconds long, you could create specific shapes or patterns. 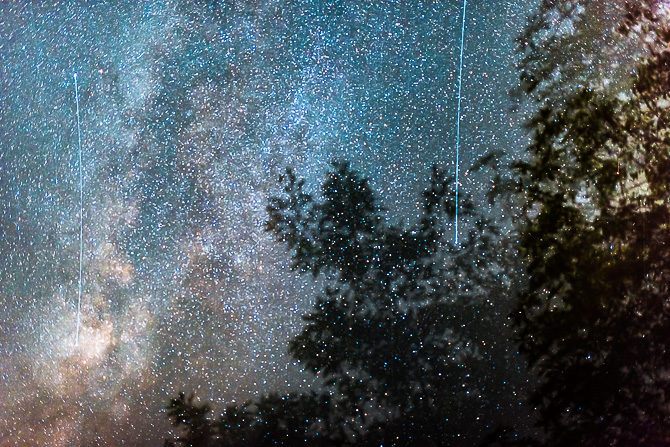 Have you ever tried intentional camera movement with long exposures?

How do you think a robotic motion control system like the eMotimo Spectrum St4 could be used to create new long exposure possibilities? What would you do with it?

Do you even like the effect – or does it still just look like a confusing jumble of stars?

How to double process a Milky Way image