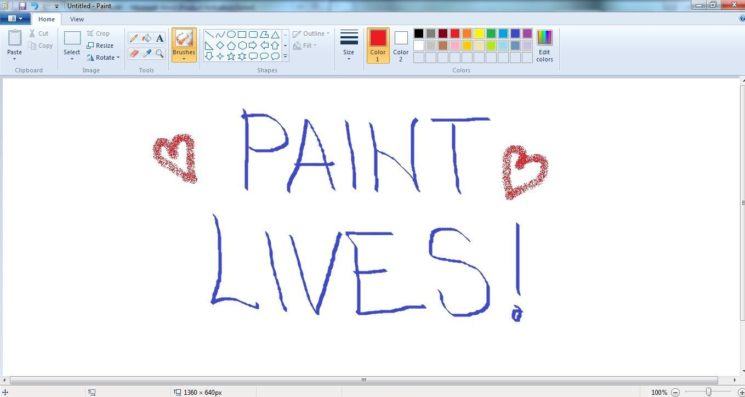 I must admit I was a bit sad yesterday when Microsoft announced the end of Paint. And as it turned out, I wasn’t the only one. The reactions from nostalgic folks all over the world were so intense, that Microsoft decided to bring it back. Sort of.

MS Paint will have no future updates, as it was planned. However, after the huge outpouring of nostalgia from the users, the developers decided to leave it in life. It will only be moved to the Windows Store, where the users will be able to download it for free.

Megan Saunders, Microsoft’s general manager of the 3D, published the latest decision on Windows Blog. Although the app will not be included in the future versions of Windows, any interested users will be able to download it and use it whenever feel nostalgic.

Frankly, I am surprised by Microsoft’s decision and the response to the reactions of the public. I guess that the power of the internet sometimes really is strong.

I’m sure we’ll all agree MS Paint isn’t nearly as good as other photo editing programs. But it did bring back a bit of my childhood when I opened it to draw the cover image for this article. I think my mom still saves my printed out Paint creations. I rarely use it today, but nevertheless – it’s good to have an old pal back. It’s kinda like an old toy you don’t play with anymore, but it brings back sweet memories whenever you look at it.