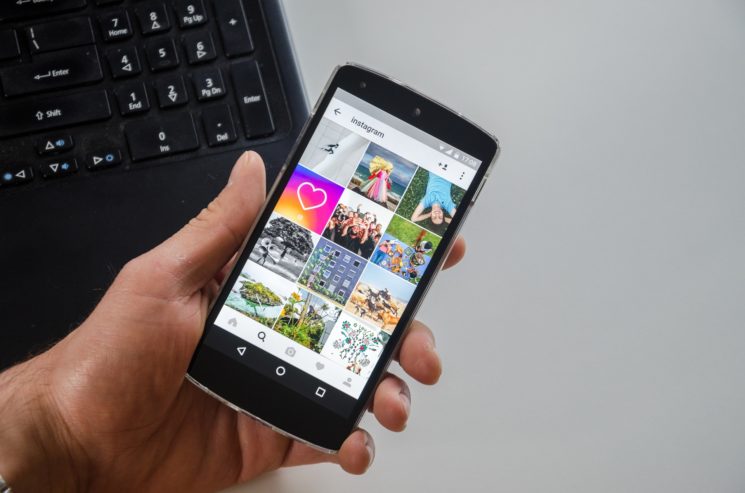 According to The Verge, it seems that Instagram are testing out a bunch of new features. Amongst them, there’s slow-motion video for Stories, Story reactions, and a mute button. It seems that we may also soon be able to tag Facebook friends on Instagram posts.

The new features being tested look to have been discovered by Twitter user, Jane Manchun Wong. Wong has posted a number of screenshots showing some of these new features in action.

It looks as if, like current comments on Stories, the reactions will be sent through the private message system, and not publicly visible on the Story post itself.

NEW: Instagram is finally working on a mute button for profiles!

Several of the images, although created by Wong, were shared by social media consultant, Matt Navarra. One of those features is a new mute button. This would allow you to hide posts from certain streams without completely unfollowing them. This one is kind of a double-edged sword. On the one hand, it’s great that we can turn off real life friends who post nothing but crap without having to deal with the awkward “why did you unfollow me?” conversation.

But on the other, it means that the already low engagement numbers will get even lower, if people decide to turn off your feed without unfollowing. Of course, were they likely to engage with your content anyway? Perhaps if they turn off your feed, it will be shown to others who are more likely to engage. Even if it doesn’t show it to other people as a direct result of being hidden on their feed, it will increase relative engagement, thus potentially prompting it to show more people.

So, we’ll have to see how this one plays out. Personally, think I the option to turn off a feed without upsetting people is very useful.

This one’s pretty cool. I’ve started getting more into Story archives recently. I use them for when I make trips away, or I just want to create a collection of related content. But sifting through the archive to figure out where a particular Story post is hiding is a pain. Usually I know the approximate date I shot something, so this should make it much easier to find those posts and highlight them.

NEW Instagram is testing a 'Slow-Mo' feature for Stories

This one may not be that much of a big deal. I suppose it depends on how you shoot content for your stories. Personally, I never actually use the Instagram app. I tend to shoot images in Camera+ and video in Filmic Pro. Then I’ll just post to my Story from the camera roll.

Although, perhaps features such as this are an attempt to try and prevent the need to use 3rd party apps to create the content you post to Instagram.

This one seems like a natural progression for Instagram. As more users ditch Facebook & Messenger apps from their phone, users still want a way to easily video chat. Sure, there are platforms like Skype and Whatsapp, but this is a good way to have access to a lot more people without having to give out your phone number.

I do wonder what sort of screening there is for this on Instagram, though. I know quite a few Instagrammers with huge followings, and this could get really old, really quickly, if some of their more creepy followers kept trying to call.

Now this one is very interesting. I don’t know if this is an attempt to get people back onto Facebook, or to convince those who are choosing to leave Facebook to move over to another one of their platforms vs a competing one. But, it is an interesting development.

Of course, the cross-platform integration between Facebook and Instagram has slowly been building up for a while now. Particularly the integrated Facebook Page/Instagram chat for business accounts, springs to mind. But this appears to not be limited to pages and actually lets you tag personal profiles.

There’s no news on exactly when, or even if, these features will be coming to the live Instagram. But it’s nice to see some of what they’re testing.

Instagram now lets you mute friends who annoy you