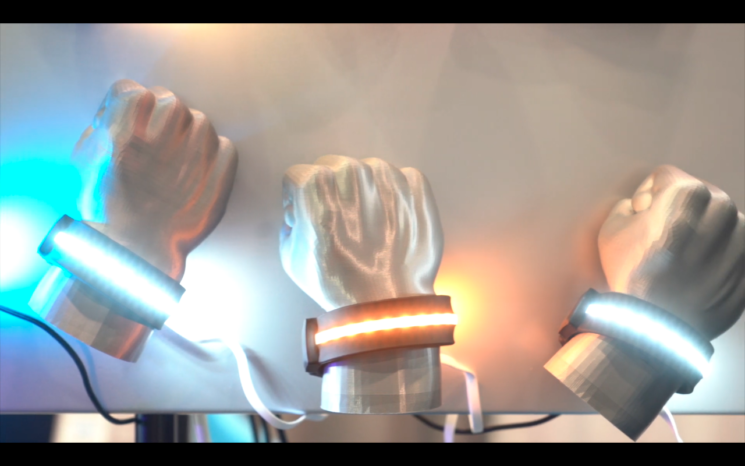 Spiffy Gear has produced some pretty interesting products over the last few years, including the very popular Light Blaster, and Spekular LED lights. At NAB 2019, they have debuted a new type of LED light, designed for wearing, wrapping around things and placing in tight spaces where you want to add just a little bit more light. It’s called Lumiee, and DIYP caught up with Spiffy Gear at the show to find out all about it.

As you can see in the image below, as well as in the video, Lumiee is designed to wrap around objects. You can always keep them handy on your wrist when not in use or wrap them around poles, branches, or other similarly sized objects without having to deal with the hassle of light stands when you need to throw a little light somewhere. They’re also magnetic, so you can stick them to metal objects like refrigerators, cars and various other things as a key fill or subtle accent light. They’re splashproof, too. 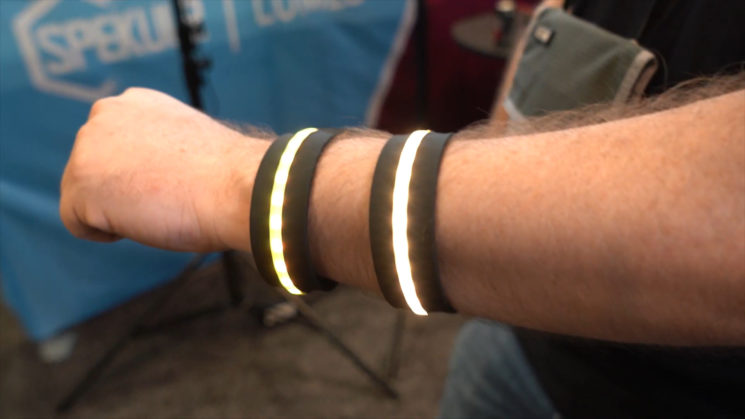 The Lumiee light comes in two flavours. The first is the standard bicolour offering which ranges from 2700-6500K with 9 adjustments from the coolest to warmest temperature settings. It offers a CRI of 93+ and features an internal battery that lasts a little over an hour.

The other version of Lumiee is an RGB light which allows you to select red, green or blue LEDs with hue adjustment to fine tune the colour more to your liking. The RGB version also offers special lighting video effects. At the moment, there’s only one, which is a “police car” mode, which flicks between red and blue lights. More lighting effects are planned for the future.

Both versions of Lumiee are expected to be released towards the end of May and will cost around $50 each. More information will be coming on the Spiffy Gear website, but we’ll be keeping you posted here on DIYP, too, as we find out more.

« Flickr teams up with Pixsy to protect photographers from image theft
The Godox AD200Pro offers 1.8sec recycle, 1/10th stop adjustments, better colour and uses the same heads as the AD200 »