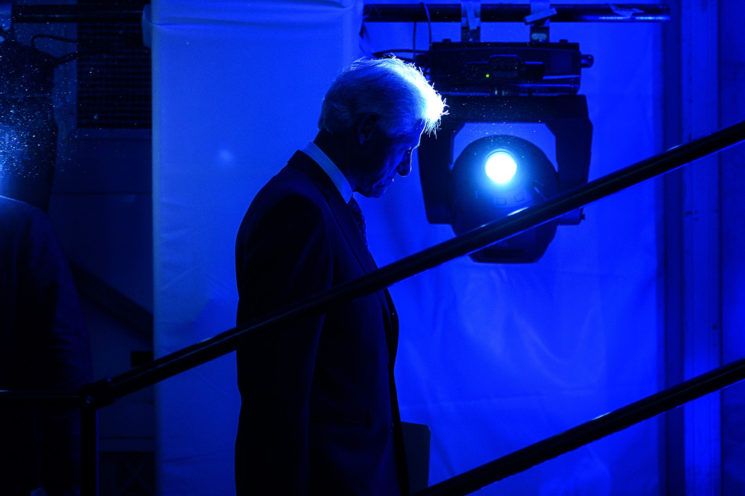 Straight out of college, Andrew Harnik’s goal was as many of us with a passion for the camera. To make a living as a photographer. A goal he has reached. A Washington D.C. native, he’s worked as a newspaper and magazine photojournalist since 2003. Now working for the Associated Press, he is one of the photographers responsible for covering the President of the United States.

In this five minute short by filmmaker Bas Berkhout, Andrew talks about his journey. From his beginnings as an art photography student, working with the Washington Post, to finally ending up following the President.

It’s interesting to hear how this award winning photographer got his start. How his first career goal was to shoot for the Washington Post, his local paper growing up. He would show up to shoot assignments that the Washington Post would be covering, and then to compare his images to theirs.

They say it’s not healthy to compare one’s work to that of others, and that we shouldn’t do it. Sometimes, though, it’s what drives us to improve and succeed. Which certainly seems to have worked for Andrew. He finally got that job with the Washington Post and, in hindsight, realised he probably could’ve gotten one much sooner. What delayed his approach was simple fear. He was scared. 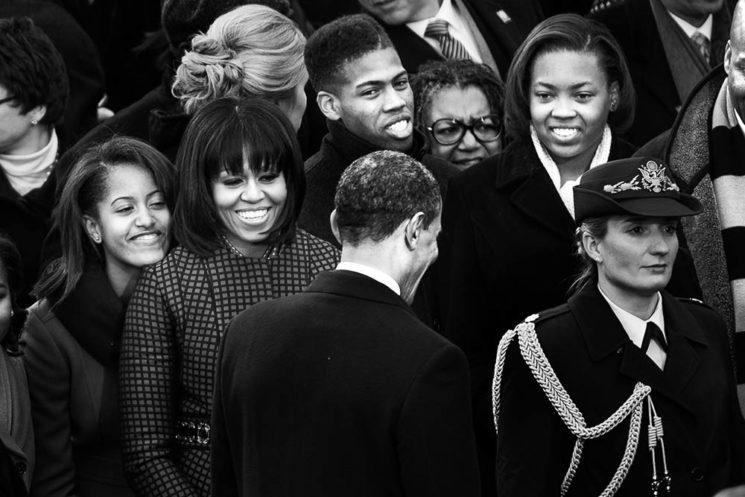 President Barack Obama’s family watches as he is sworn in for his second term on the West Lawn of the U.S. Capitol Building at the 57th Presidential Inauguration Ceremony.

Now he’s move to Associated Press, he says the work is a little different to that of a newspaper photographer. No longer is he shooting for a regional audience. His images need to speak to a global population. Photographs he shoots could be published by newspapers or magazines anywhere around the world. 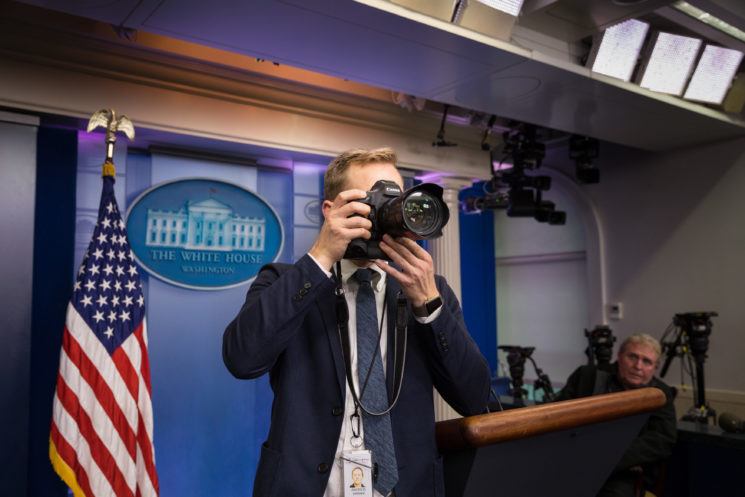 Harnik says that covering the President is one of the most important things that AP does in Washington D.C. And they cover that person more than any other news organisation, working from 7am until 9:30pm every day. They travel with him everywhere he goes, just in case something newsworthy happens. 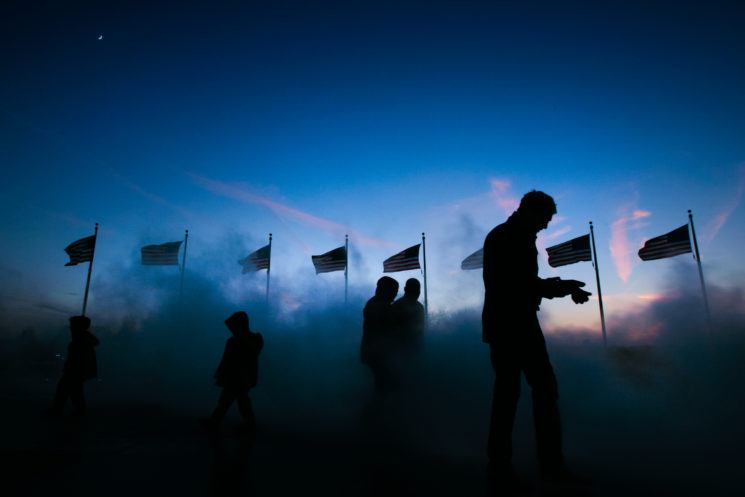 Andrew says the photographs that he and other AP photographers create educates the country on what’s happening in Washington on a day-to-day basis. That to create imagery that is both educational and interesting is very rewarding. 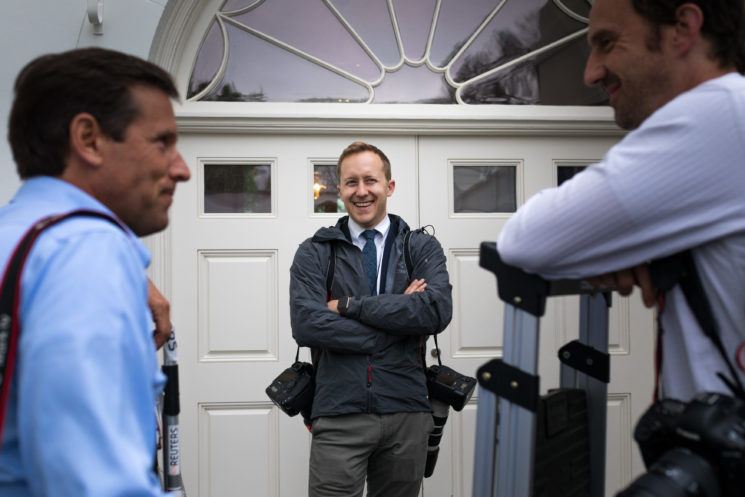 He also says that with the proliferation of cameras and mobile phones, it’s becoming harder to make it as a photographer in journalism. But he believes that it’s still possible to break into this struggling profession.

Today everybody has a camera. Because of that, along with state we’re in with journalism, it has become harder and harder to make it as a photographer. But if you have that drive, if you can create compelling, interesting, timely photography it doesn’t really matter what tools you’re using.

You can stand there with an iPhone and make better photos than the person next to you. 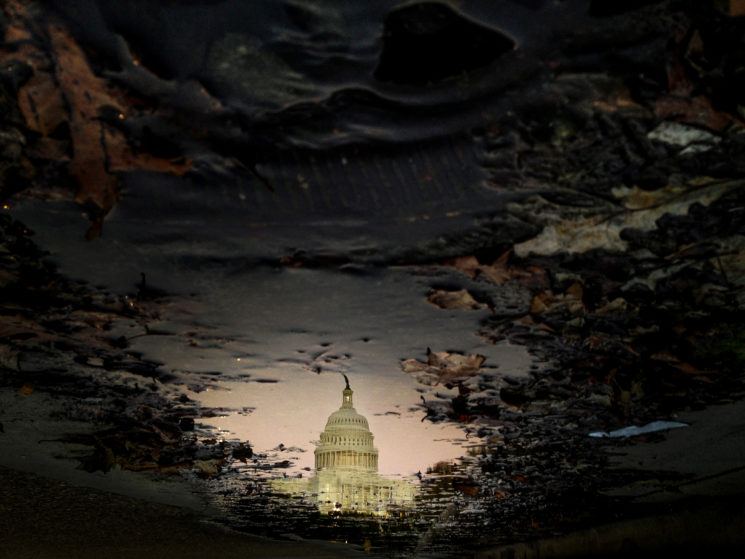 I always find it fascinating to take a peek into the world of photographers who shoot things very different from myself. Most of my work is very planned out and tweaked to get exactly what I want. Here, there’s no such luxury. You have to be able to constantly think on your feet to be to get the shot.

Given the calibre of other photographers around you, I would imagine there’s a lot of second guessing of one’s decisions. Where to shoot from, whether to point the camera at one subject or another. Sometimes you can see something about to happen and be ready for it, but other times, you can miss it entirely and somebody else gets the shot that everybody wants to print.

Xiaomi is building its own in-house camera department

Do you have what it takes to become the official White House photographer?