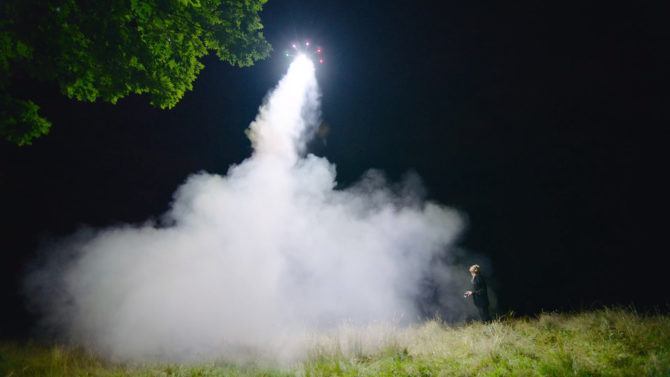 Last year, we showed you rctestflight’s crazy 1000 Watt LED light bar. Made from 10 individual smaller lights, it gives a total output of around 90,000 lumens. Already, it’s a pretty cool feat. For under $300 you can light up half a mountainside. Such a light would be a fantastic tool for filmmakers and photographers. But what if you want to raise it up a little higher?

Rctestflight has taken things a little further this time around. Swapping out the original LEDs for some Yuji high CRI LEDs. This raises the price quite significantly, from around $25 total per bulb to $100 per bulb. But this doesn’t help with the altitude. For that, he strapped it to a Freefly Systems Alta 8 octacopter drone. It makes for some very cool results.

The Alta 8 isn’t an inexpensive drone, at around $15,000, but with a load capacity of around 20lbs, it can easily handle the LED light bar. It also seems to be able to handle a smoke machine with no problem, too.

The rig uses a pair of 6 cell 10,000mAh batteries for the drone and a separate 6 cell 8,000mAh battery for the LED. This sounds like a whole lot of power, but it only gives a flight time of around 10 minutes. This is the drawback of such a big and heavy drone rig. They suck a lot of juice. It does let you get some interesting shots, though. 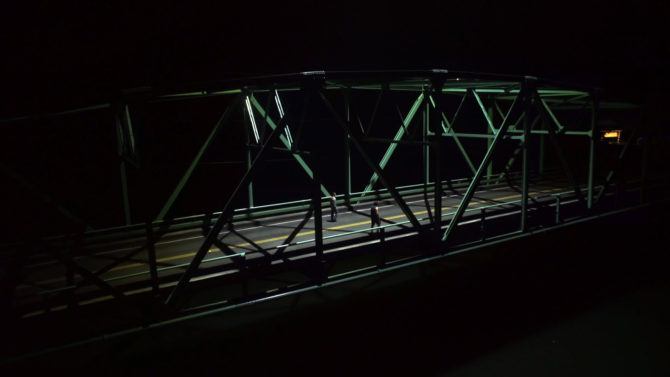 For stills, you don’t really need this kind of lifting power, though. You could make do with something like a DJI Flamewheel F550 (which has a load capacity of around 2.4kg/5.3lbs) and a couple of speedlights. A much less expensive setup, but enough to get a speedlight or two in the air. You’d still want a lot of batteries handy, though. I have six for my F550 and even without the load of cameras or lights, I don’t get quite the runtime I’d like sometimes.

Speedlights also offer more opportunity in the daylight, too. I don’t know about where you are, but here in the UK, it would actually be illegal to fly this at night. Drone flights here are only allowed during daylight and civil twilight hours.

So, if you’re thinking of flying your own light, then go for it, but do check into the legalities of it first.

Have you mounted lights from a drone for either stills or video? What drone did you use? Something commercially available or a custom built rig? What lights did you use? What problems did you run into? Let us know in the comments.

Let Me Know When You See Fire: What a Video Shot at 1000 FPS Looks Like in 4K

« Is the 5D Mark IV the perfect wedding camera? No, but it comes pretty close
How to capture compelling compositions in your photography »