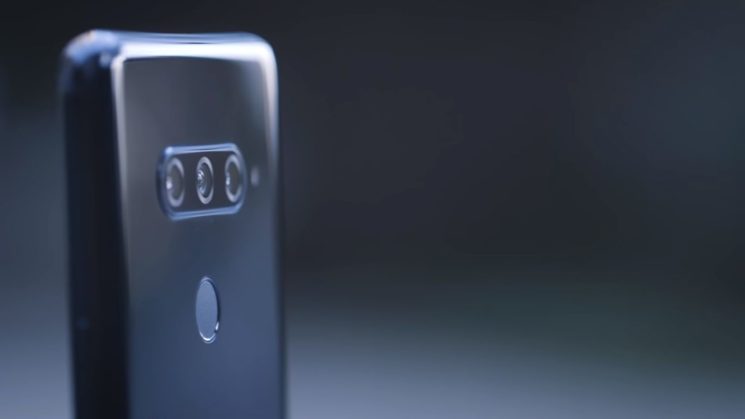 It was rumored that LG was about to launch a five-camera phone. And now it’s officially out: the LG V40 Thinq is the first smartphone on the market that features five cameras in total: three on the back and two on the front.

In terms of processor, specs and the overall look and design, the V40 is similar to the previous model, G7 Thinq. There are some differences of course, and the biggest one is the new camera system. Here are the specs of the LG V40 cameras:

The LG V40 doesn’t only have three lenses, but three separate cameras on the back. It lets you change the field of view really quickly because it captures a photo with all three of them simultaneously. It lets you preview all three shots before you take them, which is pretty handy. You can also make an animated transition between all three shots. If you ever need that for anything. There’s also “portrait mode,” which allows you to blur the background, as well as some portrait lighting effects. But this is nothing new, to be fair.

As for the dual front camera, it lets you choose between the wide-angle and “a bit wider-angle” for your selfies. There isn’t much of a difference from what I can see from the video.

For now, the LG V40 Thinq is the only five-camera smartphone on the market, which is what separates it from other phones that are currently available. However, Samsung may soon catch up with the Galaxy S10+. Reportedly, it will also have a triple camera on the back and a dual camera for selfies. Judging from the rumors, even the specs will be basically the same. At the same time, Nokia seems to be planning to launch a five-camera phone, and it will have all five cameras on the back. But until those are launched, I guess LG is a kind of a pioneer.

[via TechCrunch, The Verge]

No, smartphone cameras will never dominate the camera market