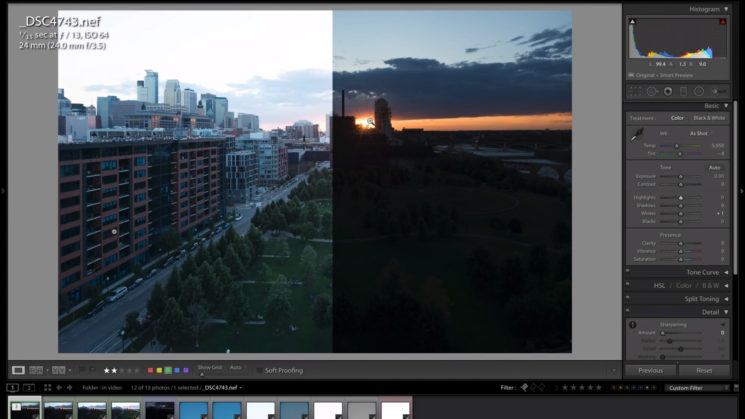 A camera’s built in meter often does a great job of making a “correct” exposure, but it’s not always what the photographer wants to capture. Despite how “smart” they’ve become, camera meters will still often get it wrong. They’ll blow out the sky to maintain the ground, or you’ll get a well exposed sky with your subject crushed to a black silhouette.

This three part video series from photographer Greg Benz walks us through the process from start to finish. It begins before we’ve taken the shot through to reviewing the raw file on the computer. We’re not talking about the “technically correct” exposure here. We’re talking about the right exposure. The exposure that, all things weighed up, gives you exactly the shot that you want.

The first part deals with how you can figure out your best exposure before you’ve even hit the shutter. These days, every DSLR has live view, and with mirrorless cameras having it basically essential. Many cameras also offer a live histogram that lets you preview how the different parts of your scene are appearing to the sensor.

Using live view, and ideally a live histogram, before you take the shot offers a lot of information. You can instantly see if you’ll blow the highlights or crush the shadows and adjust accordingly. Even if you’re using one of the automatic modes, you can still make adjustments by dialling in exposure compensation.

Part 2 is for those without the benefit of a live histogram. This is the most common method photographers use for judging the exposure of a shot after they’ve taken it. You don’t have to nail the exposure before you’ve taken the shot. You can simply take a shot and review it on the back of the camera. The principle is the same. You just look at the histogram. You also have the advantage of turning on blinking blown highlight alerts or zebra stripes, too.

When you look at the histogram, you’ll be able to see if you’re under or overexposing how you want the scene to be recorded. Then you can adjust your settings and, again, grab another shot. Many cameras will allow you to zoom into a specific section of the image and show the histogram just for that small section, too. This is invaluable if you’re concerned about certain key features of your image and where they may fall.

You do have to be careful, though. Your camera doesn’t actually show you the raw image. Nor is the histogram based off the raw data. It shows you the result of the in-camera jpg processing setings. And that happens even when you are shooting raw. So, if you have a very contrasty picture style set in your camera, it can throw your results off with the two above methods.

This is where the final part of this series comes in, reviewing your raw files on the computer. Obviously, this isn’t going to let you quickly and easily get another shot, especially if the photo was made away from home. But what it does allow you to do is understand the differences between what your camera’s showing you and your computer sees.

Understanding what you really get vs what your camera shows you via its histogram will allow you to make better judgements the next time you go out. I have several Nikon DSLRs here.

I know if my old Nikon D300s is showing clipped highlights, then they’re definitely gone in the raw file. Likewise with my D7000 bodies. If the highlights are blinking in camera, they’re probably gone. But shadows that appear black on the camera’s LCD are much brighter and easily visible on the computer. My D800, on the other hand, starts to show blown highlights long before they actually blow out in the raw file.

So comparing what your camera shows you to what your raw processing software sees is vital. It lets you understand how they relate, and make more informed choices on the exposure of future shots. It lets you make the choices you want to make instead of what the camera thinks you should make.

So, if you’re struggling to get good exposures, have a watch of the videos.