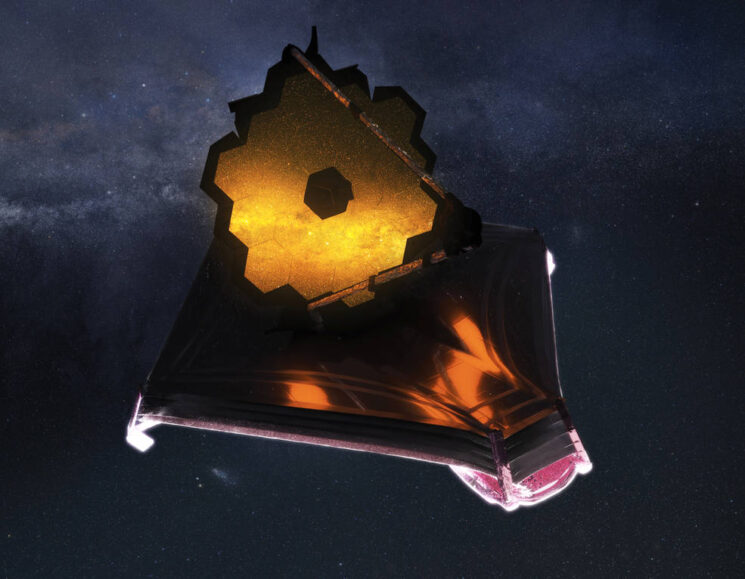 RAW files and videos taken on a modest DSLR or mirrorless camera still take up quite a lot of space. So, how much storage space do you think James Webb Space Telescope needs? One would think that a ten-billion space telescope would need quite a lot of storage space for all those super-sharp and detailed photos it takes and sends back to Earth. If that’s what you think – you’re wrong.

The JWST uses memory that’s likely smaller than your smallest SSD, or even memory card – it has only 68 GB of space! But how? Why? NASA has explained how it works and why a telescope that powerful doesn’t need a lot of storage space at all.

The mission systems engineer for JWST, Michael Menzel, explained that its’ all about reliability. Webb’s data and communication systems were designed to be “incredibly, unquestionably dependable and reliable,” rather than flashy. The telescope is a lot further from Earth than Hubble is. So, if something goes wrong, it’s highly unlikely to send a repair mission to fix the problem. This is why all communications subsystem needs to be reliable.

Still, it’s impossible for Webb to stay in contact with Earth and transmit the data all the time. Collected data need to be stored on board before the connection is made and they get transmitted. And believe it or not, the GB solid-state drive is just enough for this. In fact, 3% of the memory go to engineering and telemetry data, so it’s not 100% used for images. Alex Hunter, also a flight systems engineer at the Space Telescope Science Institute, says that this capacity will get even smaller by the expected 10-year mission life. Deep-space radiation and wear and tear will likely reduce the capacity down to about 60 GB.

With this capacity, Webb’s SSD has around 24 hours before it runs out of space. Of course, engineers schedule contact regularly so the telescope can beam the data back to Earth and frees its memory for more valuable observation data.

My card is still smaller than Webb’s storage (16GB), but my smallest SSD is significantly larger, 1 TB. How big is your smallest memory card or SSD? Does it beat Webb? :)