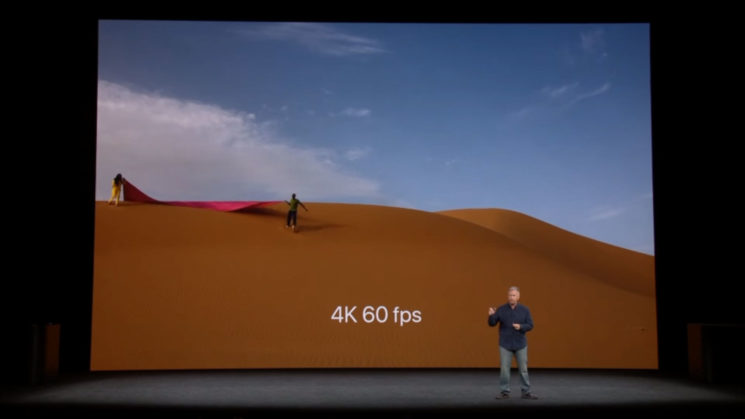 For video lovers, the biggest point about the new iPhone 8, 8 Plus and X is the ability to shoot 4K UHD video at 60fps. They also all shoot 1080p at up to 240fps. 4K UHD at 60 frames per second is starting to become more common, though. the YI 4K action camera has been able to do it for over a year now. So why can’t our regular cameras?

In this video, video tech YouTuber, Max Yuryev explains the answer to that question. There are a number of contributing factors, but the main cause of them is that the processors inside most DSLRs and mirrorless cameras just aren’t good enough.

The single biggest issue with shooting video on DSLRs or mirrorless cameras is heat build up. Regularly we hear complaints about various cameras overheating. And it’s a common reason from manufacturers as to why they don’t allow their cameras to do this or that feature. But the causes of overheating aren’t all just down to the sensor or batteries. Typically it’s the processor.

There are two main problems with the processors inside most DSLRs and mirrorless cameras. The first is that they’re simply not fast enough. They don’t have the speed to process all the data from a 4K 60fps stream quickly enough. The other is that they’re not very efficient, so they build up a lot of heat over a relatively short space of time (as well as the sensors). As described by this Canon rep, the design of most DSLR and mirrorless cameras does not allow that heat to dissipate quickly enough.

Of course, Panasonic have started to solve this problem with the GH5, which shoots 4K at 60fps, and 1080p at 180fps. But the GH5 uses a much smaller sensor than APS-C and full frame DSLRs and mirrorless cameras.

The logical question then, is why does a phone have such a powerful and efficient processor that it can handle it where “real cameras” can’t? In short, Max suggests that it comes down to having a much larger pool of funds for research & development. Which makes sense.

The global smartphone market is vastly larger than the camera market. So, there is much more money to invest in new technology. New technology that’s faster, and doesn’t build up anywhere near as much heat. Smartphones also serve a higher purpose than simply processing photos or video. And Max says that the processor in the iPhone X is going to be even more powerful than that found in the new 2017 13″ i7 MacBook Pro.

Of course, the sensors themselves build up heat, too. And they need the throughput to send out a whole lot of data in a very short amount of time. This is why the super fast stacked BSI CMOS sensors are starting to appear in more cameras, like the Sony A9. But cameras may also need some design tweaks, too, in order to allow heat build up to dissipate more quickly.

DSLRs and mirrorless cameras will catch up eventually, for sure. It just may take a while.

The declining sales of cameras certainly doesn’t help the situation, though.