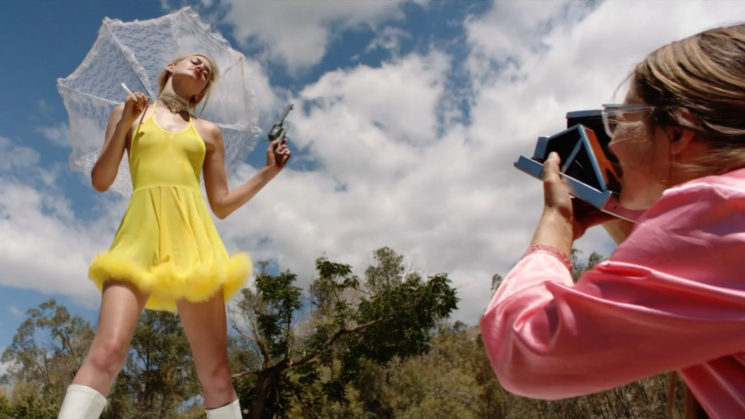 No matter what other instant film formats may follow, Polaroid is the original and arguably the best. When Polaroid announced the end of production in 2008, many feared that it would be gone forever. But Polaroid’s last working factory was bought my a small group of enthusiasts, amongst them, retired scientist Stephen Herchen, now CTO of Polaroid Originals (formerly, Impossible Project).

Herchen had previously collaborated with the inventor of Polaroid, Edwin Land. Today he’s still trying to unravel the mystery of the lost secret chemical formula. Instant Dreams is a documentary illustrating the magic of Polaroids and what it means to the people who shoot them, by filmmaker Willem Baptist.

Along with the trailer, the website for the 91 minute film helps to describe the journey on which the viewer is taken.

In this overwhelming cinematic journey, Baptist introduces us to a number of quirky individuals who are connected to Polaroid in a special way: the German artist Stefanie Schneider, who does a photo shoot in the California desert with her last existing original Polaroid stock; New York Magazine editor Christopher Bonanos, who wrote a book about Polaroid’s history and tries to capture the relationship with his son with his instant camera; and a Japanese girl who first discovered the magic of Polaroid in Tokyo. Everyone tries to keep the instant dream alive in his or her way.

Currently, several screenings of the film are scheduled in Belgium and the Netherlands. This is followed by a tour of the festival circuit with further screenings and distribution at some point in 2018.

While I don’t shoot much instant film these days, I do have many fond memories of using Polaroids when I was a kid. I for one, can’t wait to see this film when it’s more publicly available.