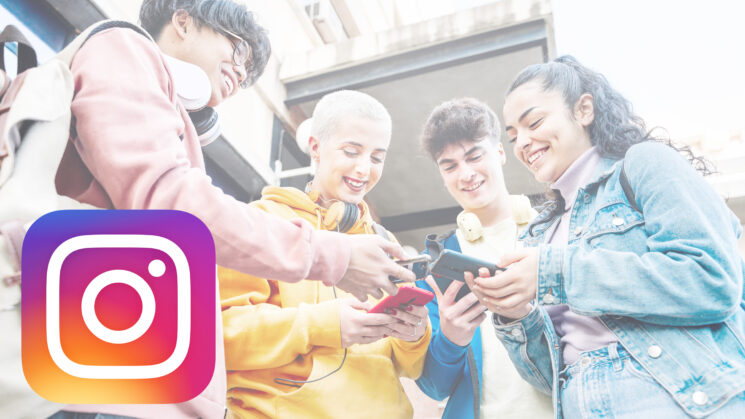 Instagram has introduced a set of new rules for new teens who join the platform, as well as those who are already on it. From now on, new people under 16 will automatically see as little as possible sensitive content as it will become the default setting. At the same time, the teens already on Instagram will get prompts to review their settings and set the Sensitive Content Control to the strictest option.

But as always, the “care for teens” comes with a catch. Although they will be forced or prompted to filter out sensitive content to the max – they’ll still be allowed to change from the default setting.

The Sensitive Content Control has three options for everyone above 16: “Standard,” “Less,” and “More,” referring to the amount of sensitive content you allow in your Search, Explore, Hashtag Pages, Reels, Feed Recommendations, and Suggested Accounts. However, teens only get two options: “Standard” and “Less.”

So far, “Standard” was the default, but the new Instagram feature automatically sets new teens’ accounts to “Less.” As of July last year, new teen accounts are also set to “Private” by default. As mentioned, for teens who are already on Instagram, there will be pop-up messages encouraging them to select the “Less” option.

That’s all fine and dandy, but there are a few problems to this approach that I see immediately. First of all, teenagers are not stupid (no matter how adults treat them). In fact, they’re way more tech-savvy than us who still remember the days without the internet. So, believe it or not, they know how to open Instagram settings and change the default “Less” option to “Standard.” In addition, if they want to have the least strict “More” option, they can always lie about their age. Come on, don’t tell me you didn’t do it as a teen. And Instagram is ways easier to trick than the bouncer in front of the club door. You just have to do some math and, upon registration, choose the birth year that will make you 18 or more. Easy-peasy.

In addition to the new, stricter default that’s fooling no one, Instagram is testing a new way to encourage teens to update their safety and privacy settings. “We’ll show prompts asking teens to review their settings including: controlling who can reshare their content, who can message and contact them, what content they can see and how they can manage their time spent on Instagram,” the social media giant writes. I’m not sure how eager kids are to follow these prompts when they’re so “adult” and “know everything” yet they’re naïve as hell… But I believe that a conversation with parents about the dangers and harms of social media will do its thing. Instagram and its “prompts” alone couldn’t save teens from potential harm even if they actually tried.

« The “Pi Cam” is a 12-megapixel, 3D printed, Raspberry Pi-powered camera you can control from anywhere
NASA wants your best Moon shots ahead of the Artemis I mission launch »