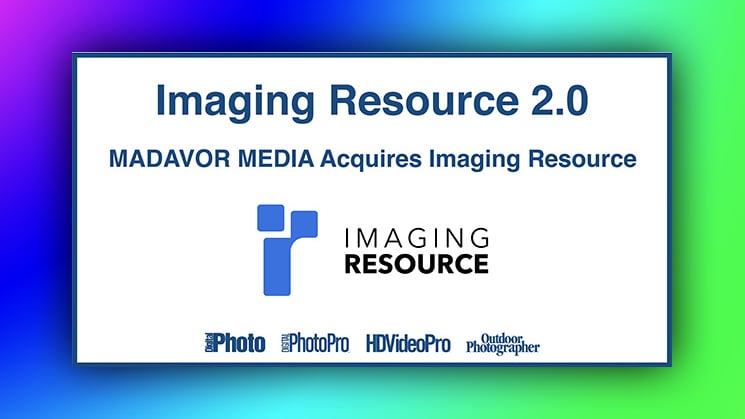 In October last year, the sad news was announced that Imaging Resource would be shutting down after more than 20 years of being one of the most respected resources for photographers on the web. Now, five months later, it appears that IR has a saviour, in the form of Madavor Media, the company behind such publications as Outdoor Photographer and Digital Photo Pro magazines.

A post on the Imaging Resource website by IR founder, Dave Etchells, says that they’ve been in talks with Madavor Media since the initial announcement in October, but it’s taken until now to wrap things up and make it official.

In the post, when talking about why he chose Madavor, Dave said that his “first priority in finding a long-term home for Imaging Resource was that it had to be a place I felt would preserve the editorial integrity we’ve always been known for“. That editorial integrity is one of the things that made IR such a valuable resource for so many photographers for such a long time. It’s a site I’ve followed myself for at least the last 15 years.

The level of trust our readers place in us absolutely defines IR; we’re nothing without it. If IR is to continue in any form, it can only be in an environment that will support our decades-long commitment to objectivity and quality.

I think I’ve found that kind of home in Madavor.

IR will be downsizing from the previous staff of 10 employees and freelancers to just “the two main guys”, Dave Pardue and William Brawley and a little help from freelancer Jeremy Gray. But despite the downsizing, Dave says that there will be some impact on the content Imaging Resource produces, although not as much as one might think.

Dave Etchells himself is taking time to step back from Imaging Resource. And who can blame him after 22 years of working just about every waking hour? But he still wants to remain in touch with the industry that’s been a big part of his life, and it sounds like he’ll still pop up from time to time on some custom content projects.

All of us at DIYP wish Dave well and look forward to seeing how Imaging Resource evolves in the future under new management.