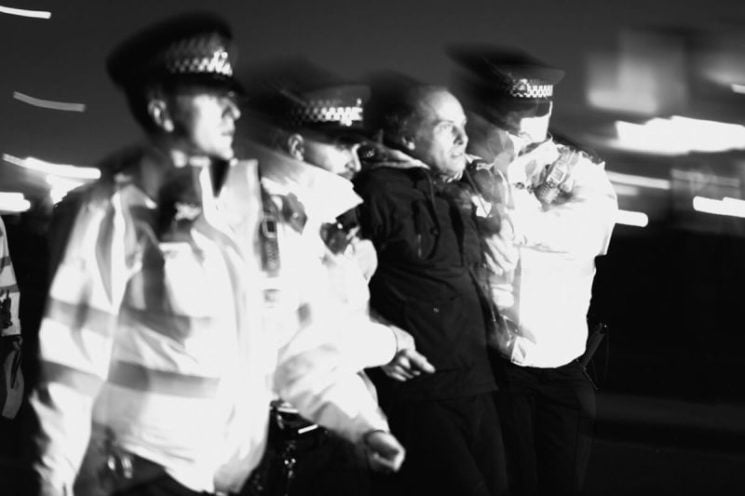 While teaching a recent workshop I joked that street photography was the only genre where people would buy £3k worth of cameras and lenses and then deliberately use them to make out of focus, grainy, imperfect images. This led to a pretty interesting discussion about the merits to imperfection, and I think some of those points are worth sharing here, as it really helped contextualise some of the students ideas about their work, and allowed them to shoot a little more freely, chasing down perfection in moments rather than technicalities.

I don’t think I could name a historical image that could be described to be as perfectly sharp as what’s possible to create today with even an entry-level camera and lens combination. Part of this is to do with photographic film being an inherently soft medium. Despite likely attracting vitriol from fervent film lovers I would have to argue that even the sharpest modern films; ILFORD Delta, Kodak T-Max, Fujifilm ACROS, will never out-resolve even an older digital sensor — I say this as a passionate film shooter and advocate.

Almost any iconic moment in history rendered on photographic film is softer than the average iPhone snapshot. Tiananmen Square, the V-J Day Kiss, Migrant Mother, Raising the Flag on Iwo Jima — none of these would have “sharp” be the first word I associate with their characteristics. Ideas like haunting, dramatic, energetic would be closer to the mark on that one.

In the greats of street photography, I think the photographer whose work exudes anything close to sharpness would be Fan Ho, and even that’s because he used a lot of high contrast elements and straight lines. Other artists like Moriyama, Guilden, and Winnogrand leaned more heavily into the intrinsic moment based pursuit of the genre, and the energy in their frames is undeniable. 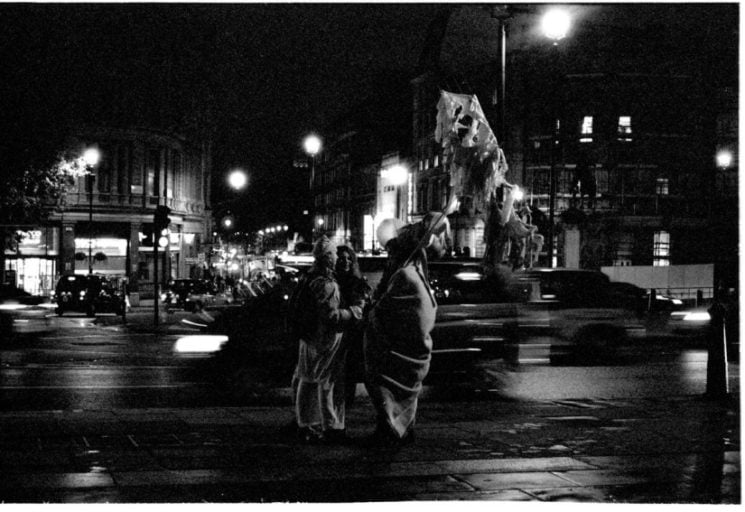 We see something similar in classic movies. Hitchcock, Kubrick, Leone; none of them had access to lenses as sharp as we use today, and yet their films are not remembered for their technical sharpness, but for pretty much everything else. I think sharpness in cinema is sort of a different language, as we interpret things differently when movement is involved, but it still supports my argument. 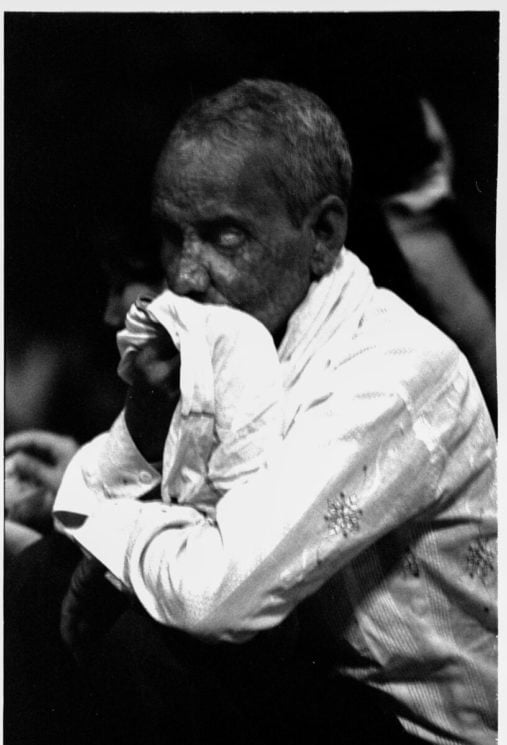 The cliche which summarises this point quite succinctly is that it is the idea which must be sharp – the moment must be understandable, communicated well, even if that means pixel peeping reveals a mess. The image as a whole must have clarity of concept. What the viewer will come away with from such an image is a feeling and memory of the gist of the moment, the essence. Not the grain, or the micro-contrast, or the pixels.

Above, candid portrait of a blind man. Fomapan 400 Action, rated at 200. Shot with a 210mm f/4 lens, in low-light. The shutter speed was around 1/15th second. Again, nothing is in focus, and there is noticeable motion blur. But I think it still works really well – perhaps better if it was perfectly sharp and perfectly exposed.

When I present an image I’m not presenting sharpness, or anything else. You don’t see a histogram, or EXIF data. You don’t see anything other than what I’ve chosen to present visually. In my opinion nothing else matters. It’s an image. If it’s sharp, if it’s soft, if it’s out of focus, accept it, and just look at the bigger picture – literally.

I don’t think that sharpness should be even one of the first ten things people think about when judging an image — especially in street/documentary. However, this does become different if there are client expectations. It’s all very well to pay Wing Shya for out of focus ambient images, but I wouldn’t go to him for corporate headshots. I think in portrait and fashion work there is a higher standard, and a photographer should always check with their employer to see what’s expected of them.

Then again, there have been some equally fantastic studio images which utilise motion blur, or out of focus elements to convey a mood. The intention or design to the process is significant here, as with any art. It comes down to the decision of the photographer.

When I present an image I am owning those decisions. I have weighed the merit of each of the perfect and imperfect aspects as they appear to my eye. If I then deleted every image someone commented “this is out of focus” on I wouldn’t have much of a portfolio left. With that same mindset when I see a “soft” image by another artist I normally assume that this was a decision, or permissible by their standards, and instead look to see whether it has worked, whether their image still communicates effectively.

It’s not something I would presume to advise about in terms of correction — unless I was specifically being asked for feedback, at which point we would have a discussion about the effectiveness of using these qualities as part of a larger technique rather than suppressing it entirely unless that is their intention.

Some artists I know deliberately take steps to make their images softer, to take the edge off that digital severity. This can be done technically through raising ISO, lowering shutter speeds, or deliberately missing focus very slightly. Other options could be to use something like a Pro Mist Filter, or even just vaseline on a UV filter, which can lead to lovely dreamy looks. 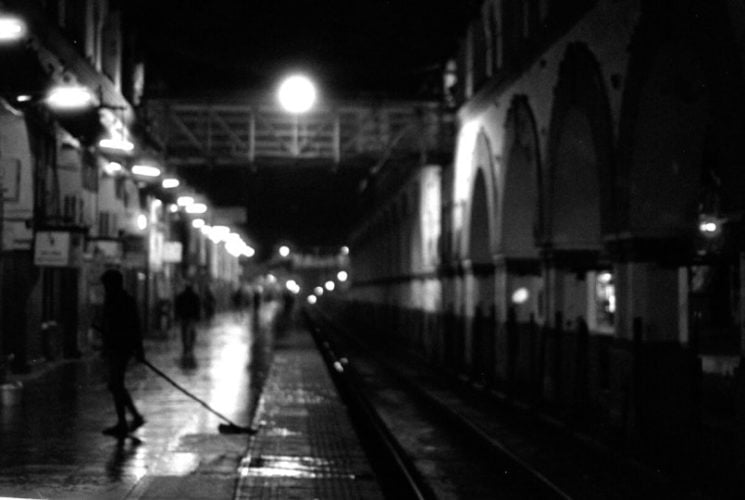 I doubt the contention of this article is really going to be news to anyone who’s been shooting for any serious amount of time. One of the key guiding forces for me when I started shooting on film was websites like this one, and I’m not very happy to be able to participate in the discussion around the medium through my own writing.

If I’m able to use my experiences to put newcomers more at ease with making images that have wonderful energy and emotion, bringing the attention away from the technical elements which usually serve to make people feel inadequate about their gear more than anything, then I’ll feel that this article has served its purpose. 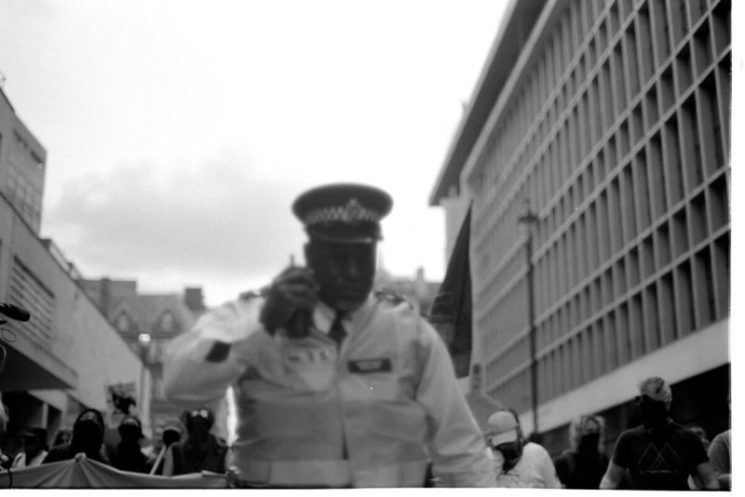 When it comes to my own photography I don’t believe in sharp, only sharp enough. This mentality has allowed me to experiment more freely with techniques like panning, or the atmospheric use of out of focus subjects. It means I feel more at peace when curating, as I’m not applying arbitrary technical decisions after the fact in my cull. I’m looking for everything that worked, not anything that didn’t.

This also means I’m much happier using lenses that many would overlook for being too soft. The sharpest lenses I use are Leica, Zeiss, and Nikon, but on film they are much of a muchness in terms of sharpness — the film will make more of a difference than the lens. The softest lens I own is the 7artisans 50mm f/1.1, and even the softest image from this will be on parity with the sharpest Leica if rendered on something like Fomapan 400. 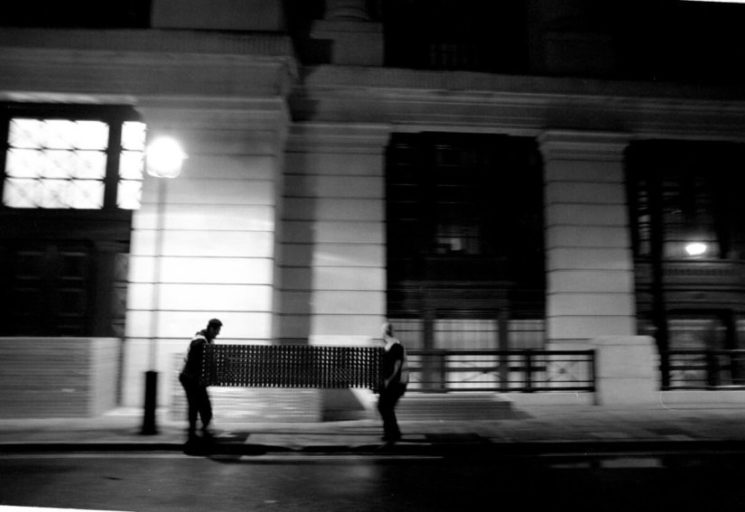 Sharpness isn’t something I allow my students to discuss during the critical review segment of my workshops. It isn’t something I really notice unless I’m looking for it specifically. If I’m looking at a picture then I’m looking at it first as a whole, then at the finer details, and then after this, I might think about how things were achieved technically — how the depth of field contributes, or how a film format may have been used effectively. Not dismissing things from the of just because a nose or ear is in critical focus rather than an eye. It simply doesn’t matter to me. I don’t think that any image that ever mattered because of its sharpness.

Simon King is a London-based photographer and photojournalist, currently working on a number of long-term documentary and street photography projects. You can follow his work on Instagram and read more of his thoughts on photography on his personal blog. Simon also teaches a short course in Street Photography at UAL, which you can read about here. This article was also published here and shared with permission.