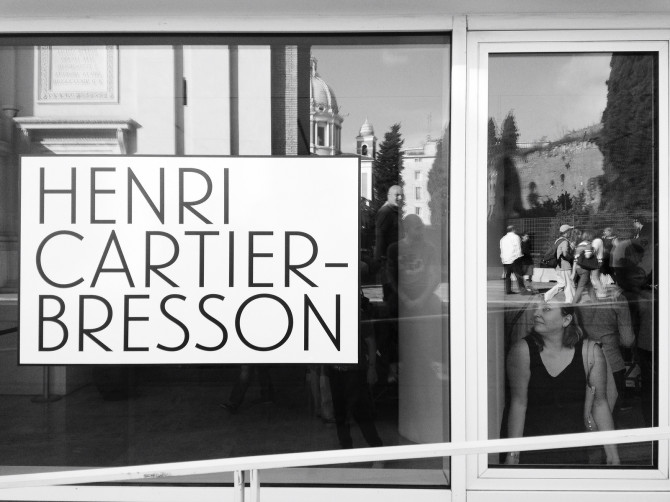 Henri Cartier-Bresson fans will be excited to learn the famous street photographer’s classic book, The Decisive Moment, will be reprinted by none other than renowned  photo book printer Gerhard Steidl. The re-release comes over half a century after it’s original (and only) release in 1952. The original printing was for a run of 10,000 books, 7,000 of which were in English, the other 3,000 in French. Despite being received with high accolades and essentially launching Cartier-Bresson to the forefront of the photography world, The Decisive Moment sales figures were poor and the thought of a second printing was abandoned.

Throughout the years, The Decisive Moment, however, rightfully earned a reputation as a collector’s item and the demand for the now scarce books has kept the work of art out of the hands of many aspiring photographers and art lovers alike. Even after this late blooming second round of interest started bubbling for The Decisive Moment, Cartier-Bresson was reluctant to reprint the book. When he passed in 2004, many gave up on the idea of the book ever seeing another printing; however, before her death in 2012, Cartier-Bresson’s wife, Martine Frank, and daughter Mélanie Cartier-Bresson moved forward with an effort to reprint.

The second edition will be “a meticulous facsimile of the original book.” In fact, they actually scanned a mint condition original copy from Fondation Henri Cartier-Bresson to ensure the second printing will remain identical to it’s predecessor, which Cartier-Bresson himself edited and sequenced together over the course of a year.

The book is currently available on pre-order for $79.06 on Amazon.

[ via Time | Photo by Fabrizio Sciami ]

Art and coincidence: perfect examples of the decisive moment

« Bad At Math? No Worries, Your Camera Phone Can Do It For You.
Adobe Germany Sets Different Creative Cloud Pricing Based On Browsers »