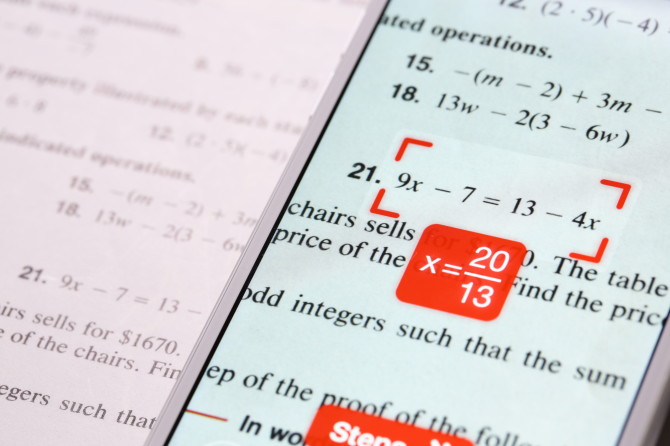 Last month I showed you an awesome tutorial on how to hack your calculator to control your camera, so it only seems like a natural progression for me to turn it around and show you how to get your camera to do your math homework.

That’s correct. On what appears to be a fast paced race to invalidate the need for any kind of formal education, developers have released an app which allows users to simply take a photo of an equation and have the app spit out the answer instantaneously. PhotoMath is currently able to process arithmetic expressions, fractions, decimals, powers, roots, and simple linear equations. Nothing astonishingly difficult, but Microblink says they are constantly expanding the types of mathematical problems the app can solve. 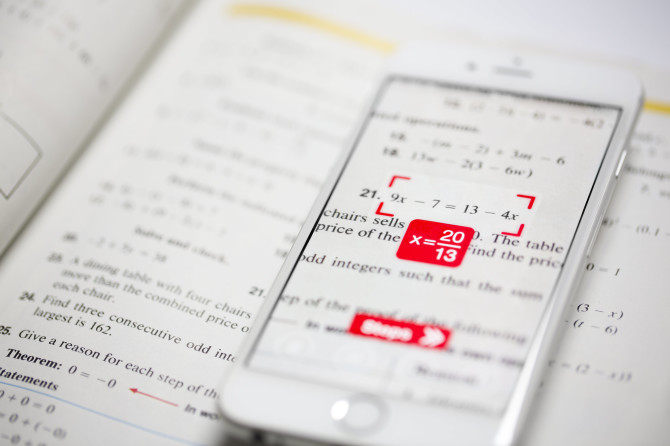 The technology is admittedly pretty awesome, but on the other hand, it’s rather horrifying how easy we’re making it for our children (and adults) to avoid having to actually learn how to do stuff.

There is a saving grace with PhotoMath,though. Once the app tells you the answer to your problem, it gives you the option to review how the answer was calculated step by step. That’s way cooler than a traditional calculator. In fact, I see this feature being incredibly useful for someone stuck on a problem who legitimately wants to know how to figure it out for themselves. The optimist in me envisions kids using this feature all the time, but the overpowering  pessimist in me feels like it’s going to be greatly underutilized. Prove me wrong, world, please.

PhotoMath is currently available for free on iOS and Windows Phones. An Android version is expected to be out in early 2015.

A Primer On The Math Behind F-Stops

Check out this math-free visual explanation of light falloff

« Von Wong Photoshoot Kinda Makes Us Wish We Worked At SmugMug (Plus A $20 DIY Rain Machine!)
Cartier-Bresson’s “The Decisive Moment” To Be Reprinted For First Time Since 1952 »