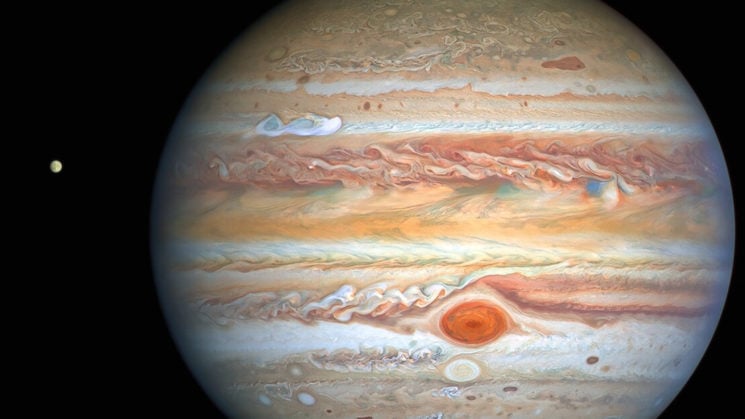 It’s crazy to think that the Hubble Space Telescope has been floatin’ around in space for over 30 years now. But since launch day on April 24th, 1990, it’s shown us some incredible sights that we wouldn’t otherwise ever get to see. Recently, it sent back a new image of Jupiter with its moon Europa right beside it, with an incredible level of detail and beauty.

The image was recorded by the Hubble on the 25th of August, 2020, while Jupiter sat some 653 million kilometres from Earth (a little over 400 million miles). It’s part of an annual journey Hubble make maps of the entire planet to look for changes in storms, winds and clouds.

The Great Red Spot on the planet’s surface is always an obvious sign that you’re looking at Jupiter, even without any other context whatsoever. The ESA says that it currently measures around 15,800 kilometres across – which is large enough to swallow the Earth whole – although it’s shrinking over time. They also say that the rate at which it’s shrinking has slowed down. 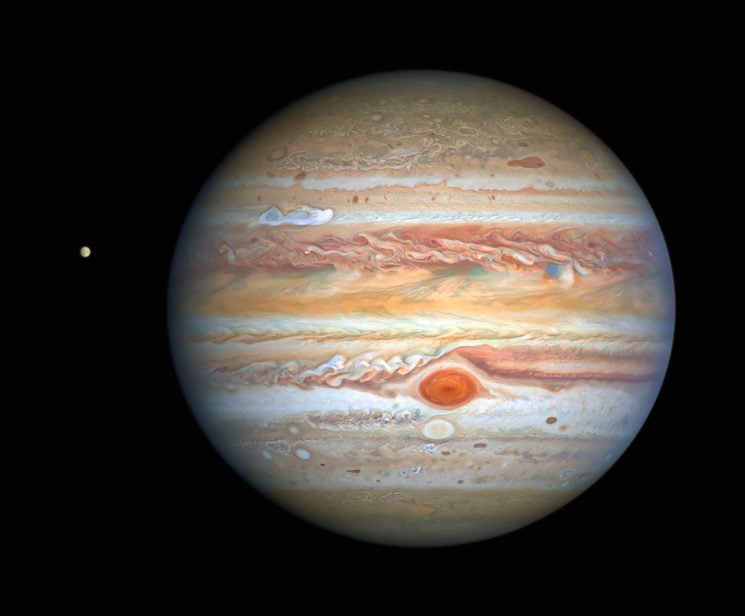 The European Space Agency says that the new image is “giving researchers an updated weather report on the monster planet’s turbulent atmosphere”, which includes a whole new storm kicking off.  What’s really interesting, though, to me at least, is just how much detail we can see in the tiny frozen ice moon Europa beside it. The fact that it’s anything but a bright dot against blackness is very impressive!

As an icy moon, Europa is believed to hold a liquid ocean beneath its frozen surface. Water vapour was detected erupting from Europa’s south pole by Hubble back in 2013. A mission is planned for launch in 2022 to explore this moon, along with Jupiter itself and two more of its moons – Ganymede and Callisto.

You can read more about this image and its analysis over on the USA/Hubble website.