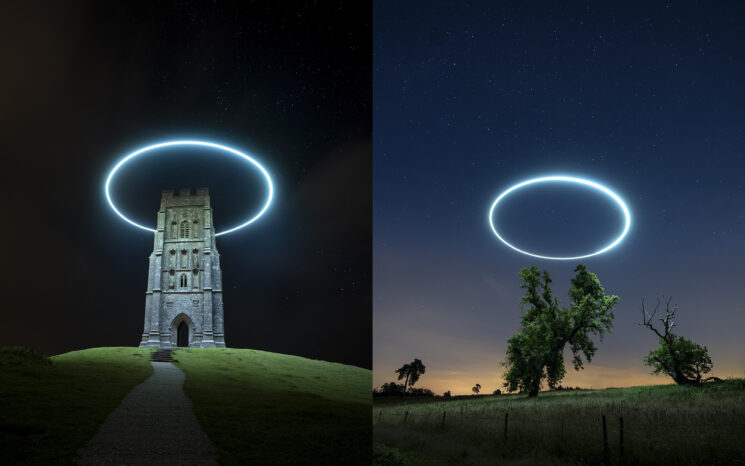 These spectacular and eerie images have become quite the sensation after London-based photographer and filmmaker Will Ferguson shared how he made them using just a camera, drone and some LED lights.

Will has had a passion for long exposure images and light painting ever since he first picked up a DSLR at age 17. He regularly flies drones for client work and was keen to combine the two techniques. When he saw that a lighting company was making LED lights (Lume cubes) small and light enough to be safely attached to a drone he says he was sold. Combining the two passions energised his creativity and these are the images he has been creating. 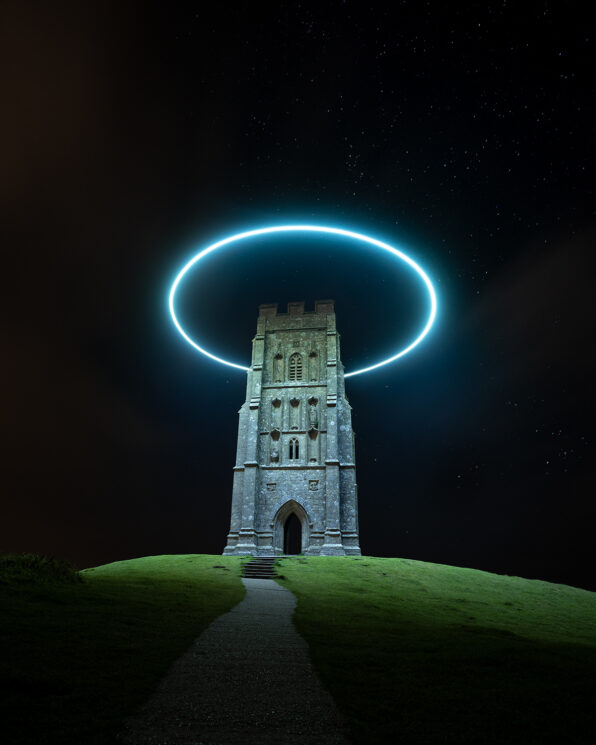 Using his Sony a7R III, and DJI Mavic 2 Pro drone, Will first scouted out the locations in daylight to make sure that there are no power lines or anything else that could get in the way of the drone. He chose the location of St. Michael’s Tower on Glastonbury Tor because he feels that tall tower-like structures work particularly well with the light halos “because the tower is lit up in an eery way with the drone LED lights.” But what about light pollution? Does that factor in? He tells us at DIYPhotography that “Zero light pollution is definitely an important factor to creating a beautiful starlit photograph but with drone halos, this isn’t a necessity. This is because you can dial the brightness of the drone LED lights up or down to compensate for how intense the stars are in the background.”

He says that the most difficult part of taking this photo was achieving the correct balance of brightness by the drone LED lights to light up the building below but not to underexpose the stars in the night sky by having the LED lights too bright.

Will explains that this is also dictated by the size and speed of the drone halo to match the length of time the camera is taking the image (30 seconds in this instance).  So for example “when the drone goes behind the Glastonbury Tor, I start taking the image. I then ensure the drone’s speed matches my camera’s exposure time to stop taking the image when the drone returns behind The Tor, creating a complete circle,” Will says.

Having never piloted a drone myself I had no idea how on earth you would achieve such a perfect oval-shaped halo, but Will explains that it is relatively easy. “Built into my drone is an auto fly GPS function,” he explains. “The function uses a point of interest which the user sets and the drone circles around to create the perfect circle. Manually flying a perfect circle with a drone would be pretty impossible!” 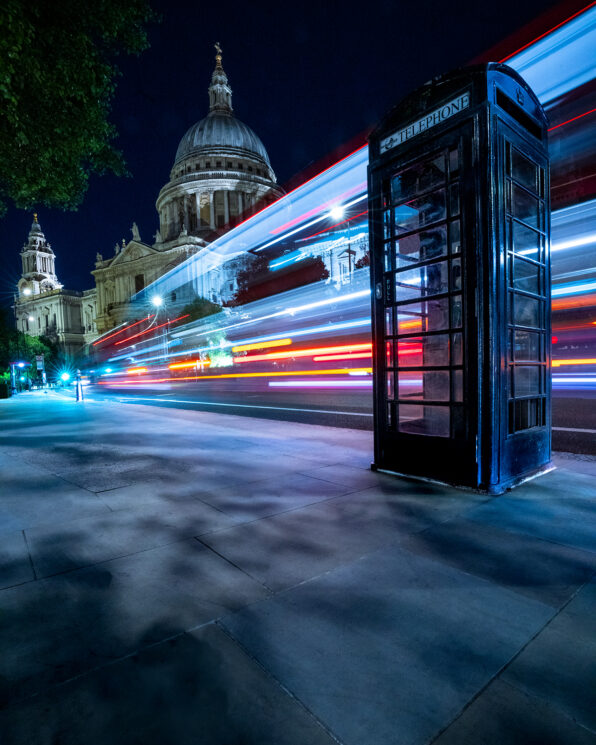 Will is keen to inspire other photographers to try new creative techniques and is very transparent about his methods. His TikTok account alone practically blew up after posting these videos, reaching 1.5 million views in just 48 hours. He is fastidious about drone safety, however, and would like people to remember that there are some fairly strict rules and regulations involved in flying drones, and these do vary from country to country. It is always best to check the local regulations first as there have been plenty of instances of people getting into trouble flying drones in restricted areas or bothering local wildlife. It is legal in the UK to fly a drone at night within the CAA (Civil Aviation Authority) laws but for example, in Spain and the USA, the laws are very different when it comes to flying a drone.

Will says that he loves doing passion projects and would advise anyone wanting to get ahead in the industry to invest their time in doing their own projects that interest them.

Shoot as much content as you can and shoot images that you can’t get enough of. That way you will always take great images and always want to innovate and improve. This Glastonbury Tor Drone Halo image for me is the perfect example of this. I’ve gone out and taken a photo of something just because I love to do it. Put that image out there for the world to see and it so happens that millions of people around the world also love it and now I have brands knocking at my door wanting to work with me on paid projects. You create your own luck.

Wise words there, and Will intends to continue creating these types of images in future. “I love this method of photography because I am creating something that people can only witness from a long exposure photograph,” he tells me, “I think this is why I am so drawn to the magic of light painting.”

« This 3D printed adapter lets you scan slides with your DSLR or mirrorless camera
7Artisans releases their new 25mm f/0.95 lens for APS-C mirrorless and MFT »