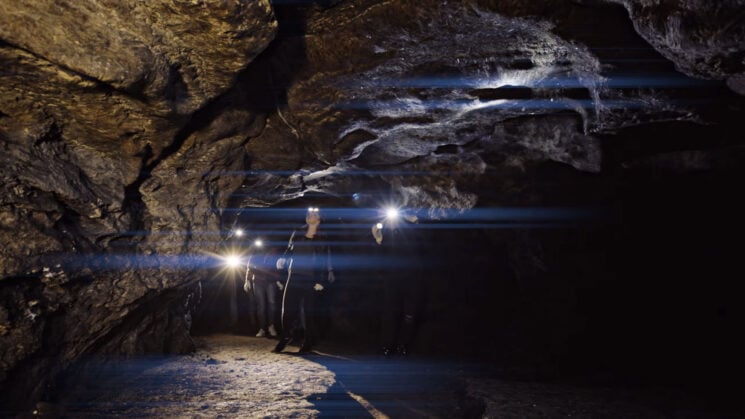 Well, yeah, there is. You can do it in DaVinci Resolve using the Lens Reflections effect. It works differently to the Lens Flares effect, offering a lot of control over how internal lens reflections are rendered and in this video, Jamie Fenn shows us how it works.

Unfortunately, the Lens Reflections effect doesn’t come with the free version of DaVinci Resolve. Well, it does, but it’ll have a big watermark on it if you try to render it out. But it is included with DaVinci Resolve Studio, which – unlike Adobe Premiere Pro – is just a one-time cost with free updates for life. It’s well worth it if you ask me. I switched to Resolve Studio at the beginning of 2020 after 15 years in Premiere Pro and I’ve had no regrets about doing so since then.

Anyway, the Lens Reflections effect allows you to reflect various elements of your shot with a lot of control options, such as the colour, the defocus type and amount, how stretched it is (this is where that anamorphic look comes in) and you can add multiple reflecting elements simultaneously to build up the effect with multiple layers of reflection and really sell the effect. 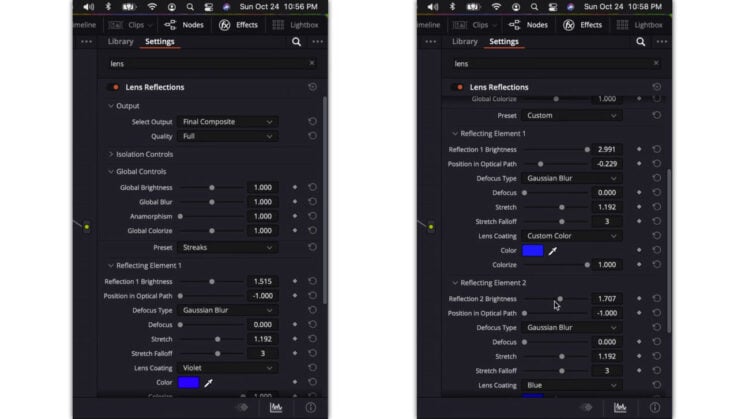 While Jamie shows the basic process of how the Lens Reflections effect works in the video, he suggests looking at some of your favourite movies that make use of anamorphic lenses and see how the flares and reflections look for those particular shots to try to simulate a realistic look. After all, there’s no one anamorphic lens, so there’s no one final anamorphic look.

Obviously, this process won’t give you that oval bokeh that’s common to anamorphic lenses (due to them essentially being two focal lengths at the same time), but it will go a long way towards creating a similar look. And depending on the types of shot and how you edit them together, you might even be able to convince people it really was shot on an anamorphic lens!

How to create a virtual holographic smartphone display in DaVinci Resolve

How to quickly and easily create awesome transitions in DaVinci Resolve