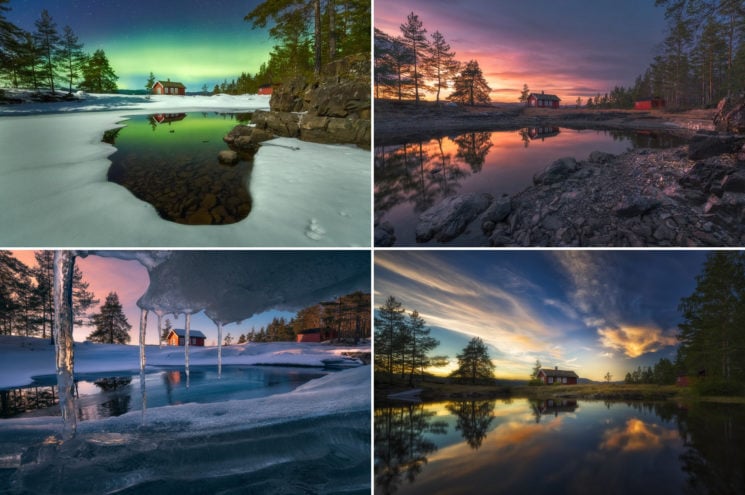 It was in August 2013 that I by accident stumbled upon the red cabin and its surrounding lake. I assume the location has been photographed before my first attempts at capturing its inherent beauty and charm. Owing to the fact that the lake is a drinking water reservoir for a whole community I am very reluctant to disclose its exact location — also in the hope of protecting it from Instagram trophy hunters.

One of my first images of the cabin shot with my very first camera: 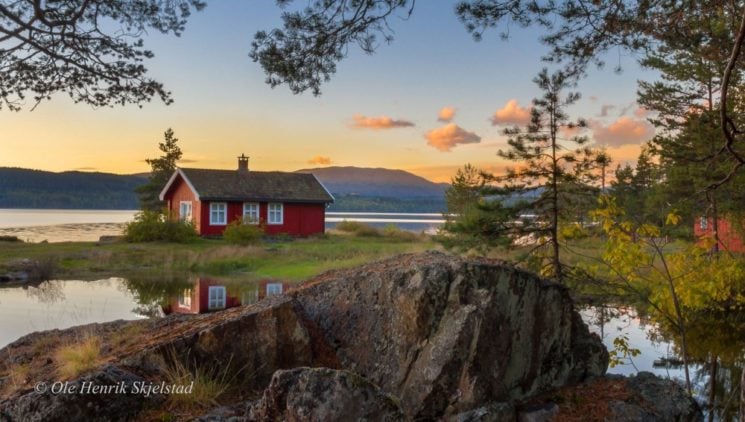 Winter, snow and ice add a new dimension to the lake: 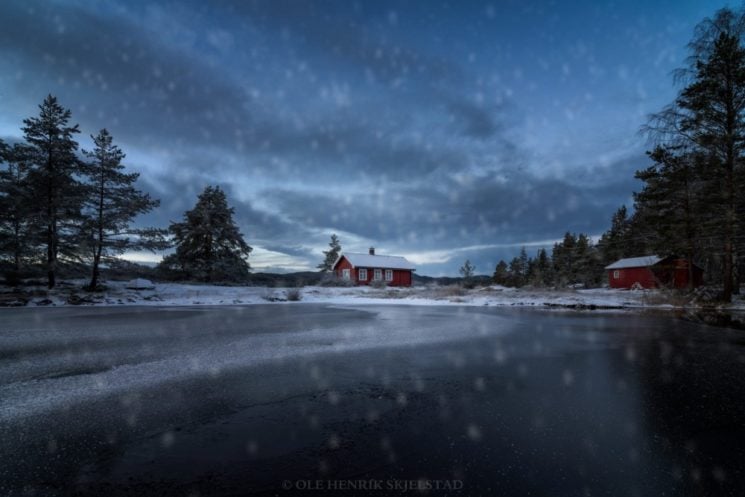 Of course there will be many good memories tied to a location one frequently visits. One of the most memorable was when Ryan Ennis and Tula Top visited in September 2015, and Tula showed me how to use a polarizer to add contrast to the sky and enhance reflections. I am the first to admit that I back in the day overdid the colors and perhaps edited the image a tad too dark — and also added too much Orton effect: 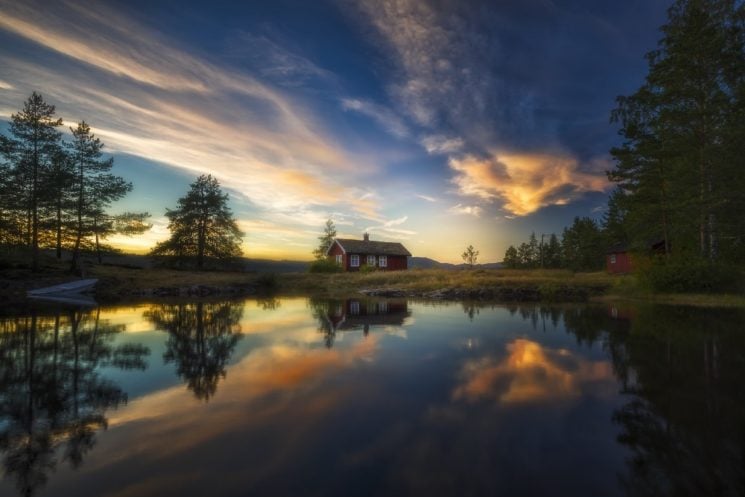 After purchasing my first full frame camera with a wide angle lens and some filters I completely fell in love with long exposures. 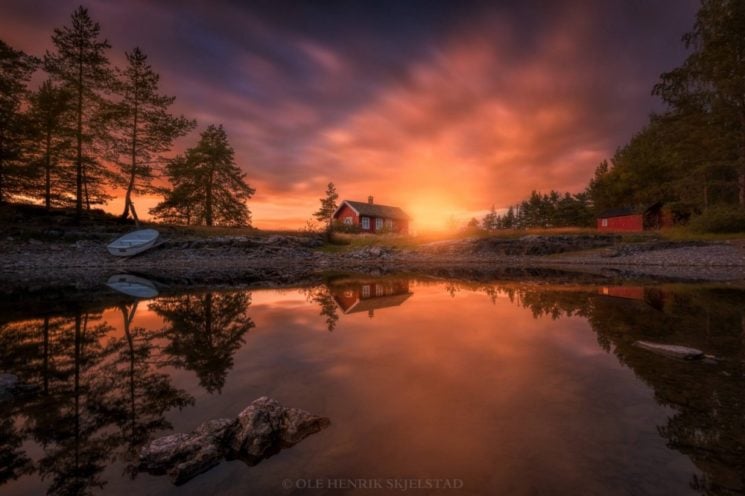 By and by I learned how to shoot, stitch and edit panoramas:

I also shot a few night panoramas with the goal of including both the milky way and the aurora in the same image: 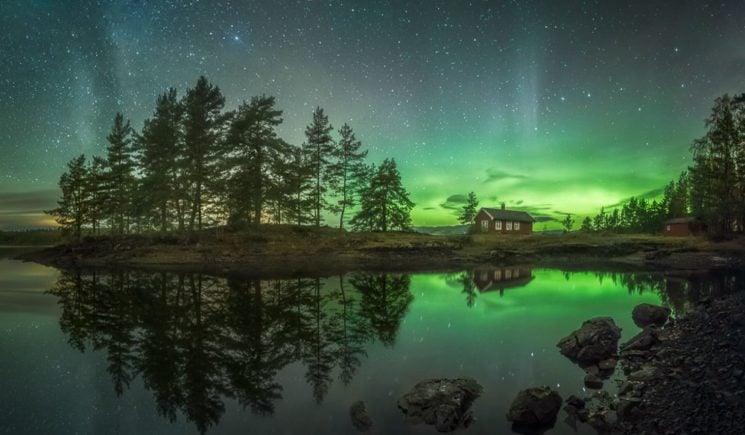 Seasons and the ever-changing water levels of the lake offer the location various qualities — these foreground rocks are usually covered in water. 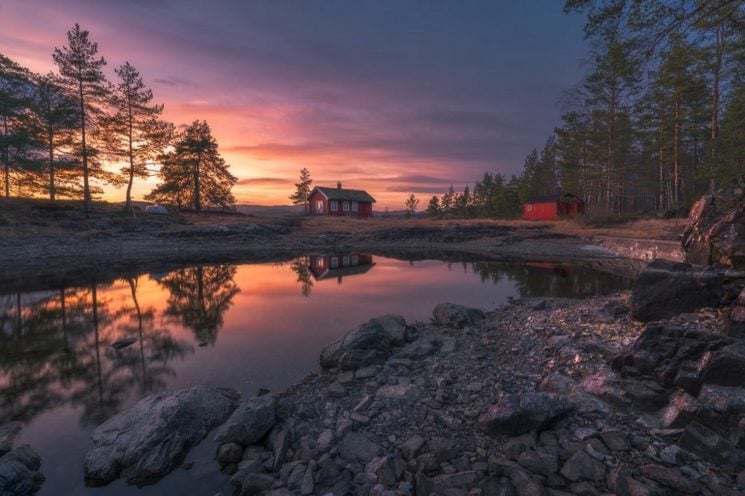 I have for quite a while wanted to place my camera in some sort of ice cave. During spring 2018 I found a few small ice caves along the rocks to the right into which I placed my Pentax K-1. I believe I ended up with 7–8 focus stacked exposures. It took me many hours in order to achieve a decent result. 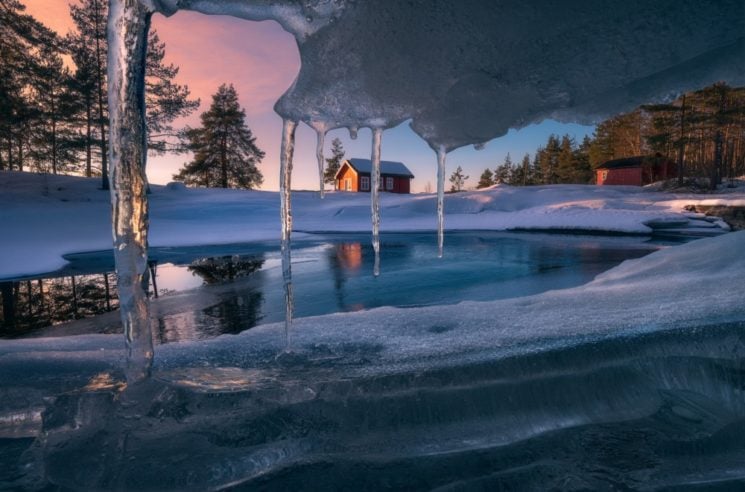 I do wonder if not the next image is one of my all-time favorites of the cabin. I called it ‘Eagle Wings’, and again I focus stacked to have an image that is sharp from foreground to background. My lens was only a few cm from the nearest ‘leaf’. 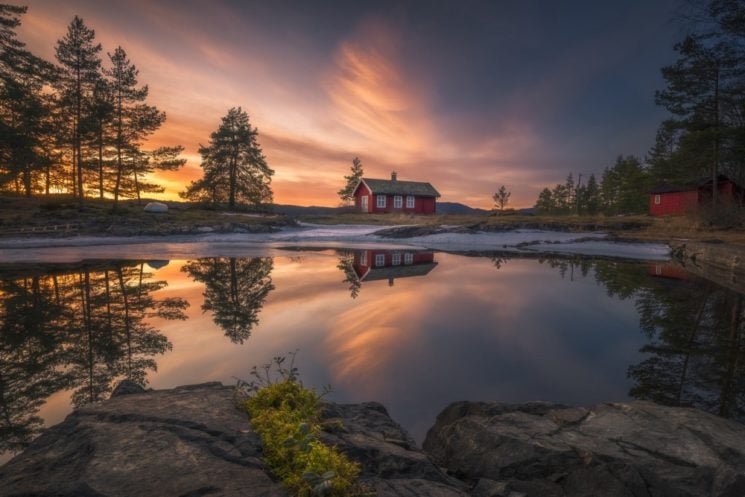 I am facing northwest when I shoot the cabin from the angles shown above. This means that the cabin can be adorned in northern lights when the aurora is so strong that it reaches also the southern parts of Norway. 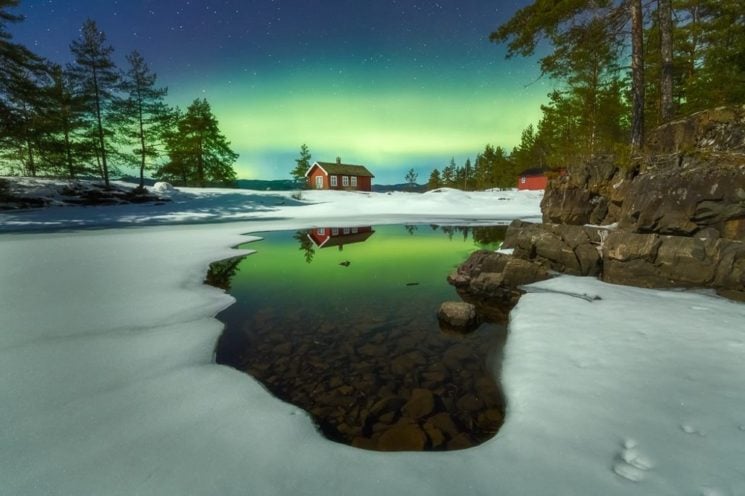 March 2016 — probably my most shared image on Instagram. I just wish the rocks to the right were less yellowish.

I usually shoot sunsets at the lake but when Christian Hoiberg and Timothy Poulton wanted to visit the lake one early morning the last August day in 2016 I had to leave bed early. If the light is favorable sunrises also work well I found out. 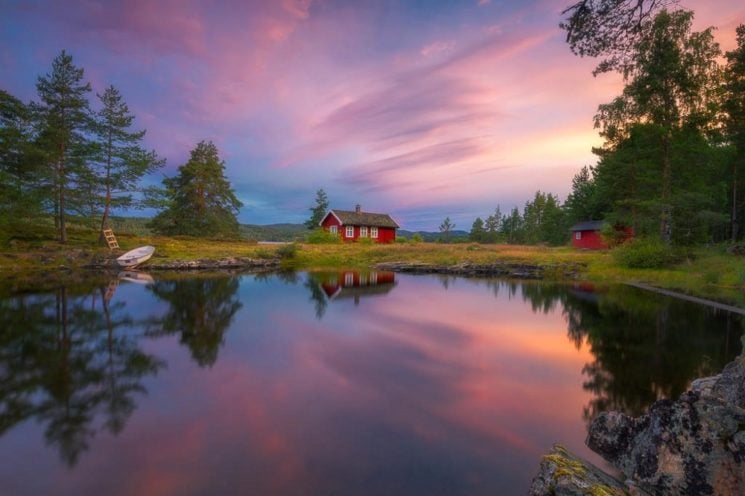 Another memorable day was in January 2018 when Morten Eriksen and Hans Gunnar Aslaksen visited. We had plenty of snow a year ago, and as if that wasn’t enough frost smoke or mist diffused the light from the setting sun and created a most amazing atmosphere: 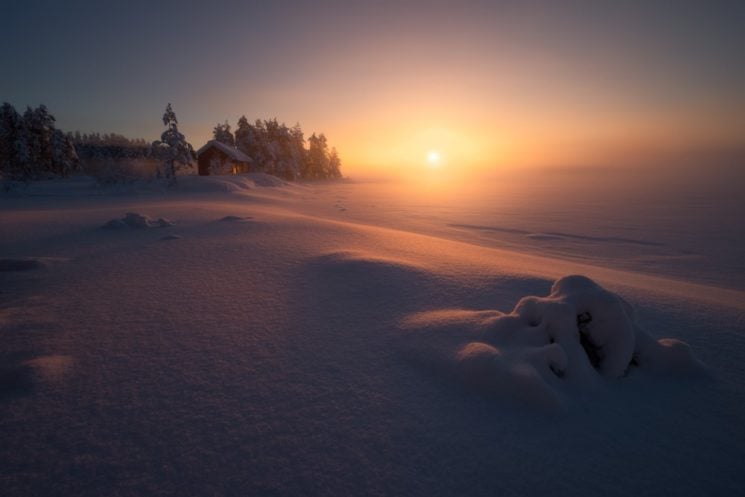 I have no problems admitting that I have overshot the cabin, but, yet, people still love images from here. Hopefully the images convey some of the peace and tranquility I experience when being here, and which is one of the reasons why I am repeatedly drawn back.

It perhaps shouldn’t come as a great surprise that I have visited the lake also in 2019. I had basically given up any hopes of a nice sunset and hence packed down my gear. But then colors slowly but surely began to manifest and finally covered the sky in strong reds which are both a tad tricky to shoot and edit. If we over-exposure the reds have a tendency of turning yellow, and it is so easy to clip the reds in the post-processing work, that is, the clouds lose detail and the warm colors basically look terrible — as if they are smeared across the sky. 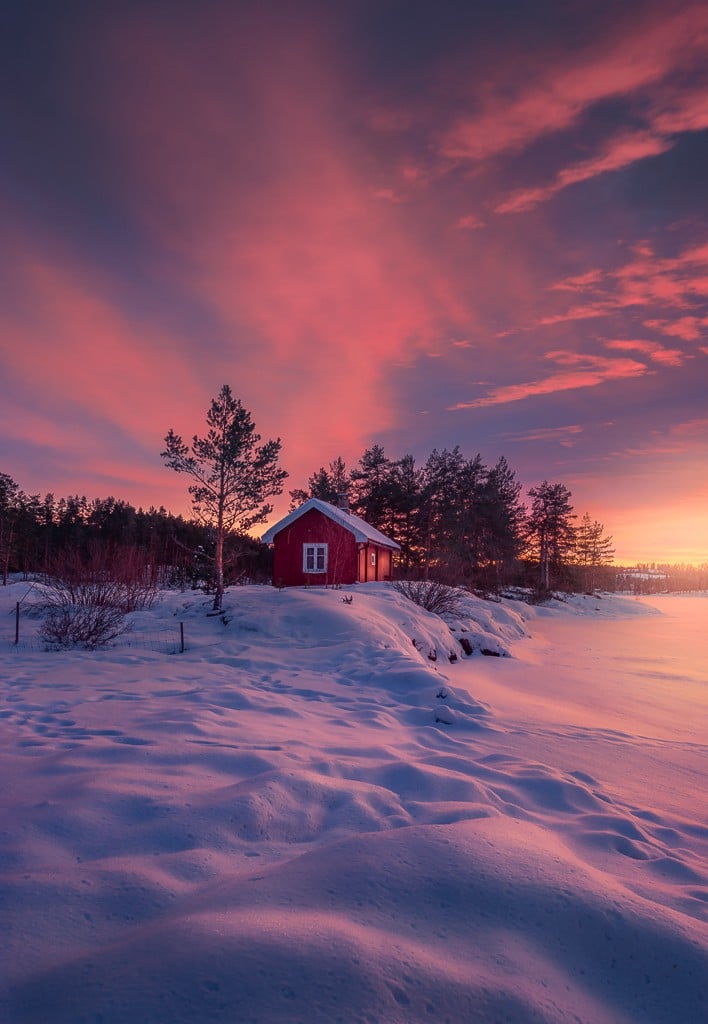 These models were photographed 14 years apart with the same lighting