You know those GoPro movies where the camera seems to rotate in space around a cyclist or a skier? Ever wondered how there were made? (If you wanna know what I am talking about check out the GoPro Hero 3+ commercial at around 3:33.

Those are made with something called a GoPro Swivel adapter and I will feature two of them today. The first one is a completely DIY solution which will take you 20 minutes to make and the second one is a commercial solution that will set you back $125.

What’s In A Swivel Mount

As with any smooth camera move rig, a swivel mount is based on three elements.

Now here come the smart part. By placing a camera on one side of the pole and a counter balance on the other side the camera stays relatively stationary on the Y axis. The X axis on the other hand is fully free to rotate depending on the momentum it gathers. 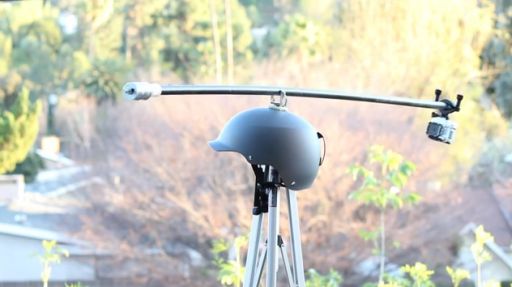 This mount “invented” by DIY GoPro uses a 2″ swivel caster post to gain a frictionless center, a PVC pipe (our favorite DIY material) and a Handlebar Seatpost Mount for the pole and a ton of washers for the counterweight.

Here is a movie showing how to build one of those, followed by some sample footage. 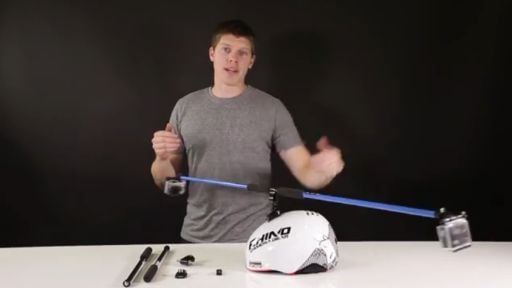 Of course, in the “other corner” wearing red pants is the high end commercial version (it is shouting I have more money than time). While I have not personally tried a commercial mount, the Rhino Swivel Mount is the nicest commercial version I found (and there are quite a few.

It comes in a few parts – a helmet swivel mount which provides the frictionless center, two Pro-Poles which provide some distance from the helmet – you can actually mount two GoPros simultaneously – or use washers or a small ballast bag for counterbalance.