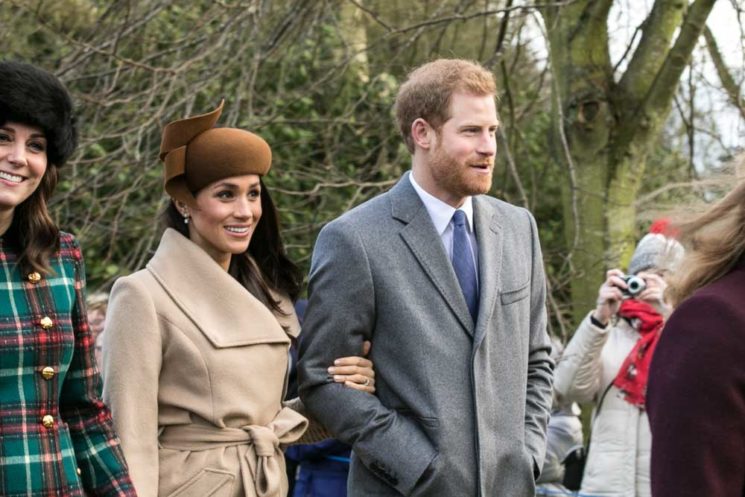 Some photographers experimented with remote shooting before 2020.  But when the pandemic hit, video call shoots became a thing. In fact, they seem to be so popular now that even Prince Harry and Meghan Markle had their pregnancy photo taken remotely. Photographer Misan Harriman took the photo of the couple via iPad from 5,500 miles away. He directed the shoot from London while the couple was all the way in Santa Barbara, California, and the photo caused tons of mixed reactions on social media.

“Meg, I was there at your wedding to witness this love story begin, and my friend, I am honoured to capture it grow,” the photographer wrote in a tweet. “Congratulations to The Duke and Duchess of Sussex on this joyous news!”

Speaking with Vogue about the photo, Harriman discovered the symbolism he had in mind with the setting. “With the tree of life behind them and the garden representing fertility, life and moving forward, they didn’t need any direction,” he said, “because they are, and always have been, waltzing through life together as absolute soulmates.” The photographer has been a part of Harry and Meghan’s love story from the beginning, and he even helped the couple meet. He reveals that this shoot meant a lot to him since the Duchess suffered a miscarriage last summer. “To be asked to help share this absolute joy after such an unimaginable loss and heartache is a marker of true friendship,” he told Vogue.

The soon-to-be-ex royal couple announced the big news on Valentine’s day, which is the same date Princess Diana announce that she was pregnant with Harry. This caused tons of different reactions online, but let’s not go into that – let’s focus on the photo itself. There’s no “creamy bokeh,” the image quality is not great, and the background is quite busy. But let’s remember – it was taken on an iPad. What I really love about this photo is the emotion it conveys and I think that’s the whole point. The couple seems happy and relaxed, and I sense the feeling of trust between them, which sure is a beautiful thing to see in an image like this. So while it’s not technically perfect, I think it tells a story, which is the most important thing about a photo, at least in my book.

What do you think of the image? Do you like it or not?

This camera can photograph a subject from 28 miles away

« Is it better to print your photos at home or send them to a lab?
Litepanels has announced a brighter Lykos+ bicolour LED panel »