My GoPro and I have hit a bit of a rocky stretch in our relationship.  I’m not sure yet if we’re heading for divorce, but we’re defiantly not newlyweds anymore.

The last straw was when my GoPro Hero 3 Black Edition decided to fry its 64 GB SanDisk Ultra micro SDXC memory card in the middle of a shoot.

But it’s not just the technical problems I’ve been having with my GoPro that have been bothering me – we’ve kind of drifted apart artistically as well.

I still remember when I fell in love with GoPro.  It was after seeing the above video.

OK – I’ll admit I still love this video.  It just hits all of my I-have-to-get-that-awesome-piece-of-new-gear-so-I-can-shoot-video-like-that buttons.  I mean it has it all: wicked video, a great soundtrack, killer locations, awesome time lapse sequences, crazy stunts, slow mo cuts, girls in bikinis…

But the new tagline: “GoPro HERO3: Almost as Epic as the HERO3+”…

Ya, that pretty much explains why GoPro and I are having a bit of a tough time together.

GoPro HERO3: Not Quite Ready for Prime Time

I really get the feeling that the GoPro HERO3 was released before it was really ready.

There is no doubt that GoPro is a great company making great, innovative products – but they are also a company that only really sells one thing.  Kind of like…oh, say, Blackberry?

When you only sell one thing, there is a lot of pressure to stay ahead of your competition, even when you own the market segment that you pretty much created…anybody have a Blackberry Z10?

In this case I think customers (like me) that jumped on the GoPro HERO3 are paying the price for a product that probably should have not been released until it was ready.

There are a few things that really annoy me about the GoPro HERO3.  Some are more annoying than others, but the more I use it, the more little annoying issues I keep having.

The wifi remote works great, when/if it connects.  It is just a teensy bit annoying – say when you set up a GoPro in some very inaccessible location…like up a rock face…and then the wifi remote won’t connect. 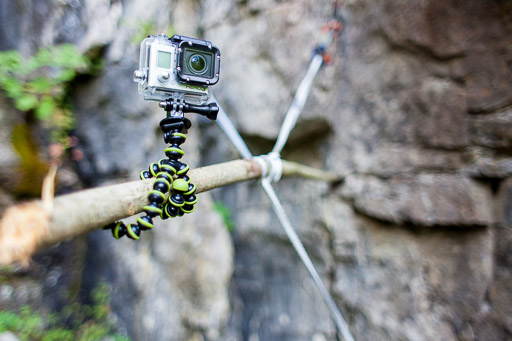 I have found the GoPro wifi remote so unreliable that I don’t even bother trying to use it anymore.

So, instead of the remote, I thought I’d try the wifi app.  Ya, except I couldn’t get that to connect either.

I’d say that I have at least average computer smarts, but no matter what I did, I could not get my GoPro to connect to my Android smartphone.  With the recent firmware upgrade, I did get the wifi GoPro smartphone app to work, and it is pretty cool, but more on that later…

Of course you can work around this by using a card reader.  But there are times – like, say if you want to upgrade the firmware – that you kind of need the GoPro HERO3 to have a reliable USB connection.

The GoPro HERO3 is known to have a very short battery life – and I can vouch for that – the battery sucks.

But what drives me nuts even more is that the battery never seems to be charged.

I have no idea what it is, but every time I pick up my GoPro HERO3, it has a dead, or mostly dead battery.

I don’t really worry about this with any other camera I own.  I know that if I grab any given camera out of my camera closet, it will probably have enough charge on the battery for me to shoot whatever is going on at the spur of the moment.

But not the GoPro HERO3.

Apparently, there is a known issue between the GoPro HERO3 and 64 GB SanDisk memory cards which results in the GoPro giving you a “NO SD” error, and you ending up with a completely dead and unrecoverable memory card.

The GoPro just froze up for no apparent reason.  It wouldn’t turn off or respond at all – so I pulled the battery.  When I put the battery back in, the “NO SD” error came up and that was it – the card was toast – along with all my footage. 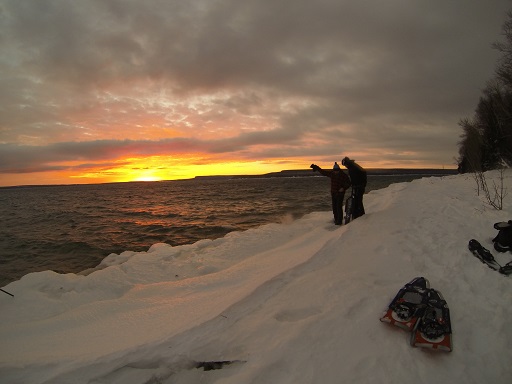 To their credit, Sandisk replaced my 64 GB SanDisk Ultra micro SDXC memory card right away, no questions asked.  I just emailed Sandisk customer support, told them what happened, sent in the dead card and they sent me a brand new one.

Every company should have customer service like that – because I will never buy anything but Sandisk memory cards from now on.

But, at the end of the day, I still have to go out and re-film all of the footage I lost.

GoPro did recently release a major firmware upgrade – and the Sandisk customer support rep strongly recommended that I install it as soon as possible.

If you have a GoPro HERO3 – click here to upgrade your firmware – do it now!

So I guess GoPro might have figured out a way to solve most of the problems listed here.

The last thing that has kind of been bugging me about the whole GoPro mystique – is that people love the idea of filming epic GoPro video, but when it comes down to the nuts and bolts of actually doing it – nobody really wants to put in the effort.

I do quite a few action sports – climbing, skiing, biking, raising kids etc. and what I have found is that the people I am out doing those sports with get really stoked about taking the GoPro (or GoPros – since pretty much everyone that does a mildly extreme sport has one), but when it comes down to shooting anything that isn’t a helmet cam – nobody wants to stop to set up a shot. 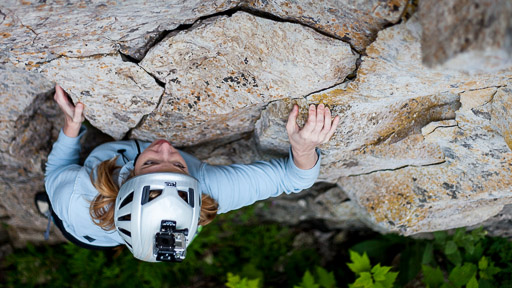 People who are not photographers / videographers just do not understand that a three second skiing jump clip with the blue sky sun flare at the end involved setting up at just the right spot, at just the right time of day – and the skier probably did the same jump twenty times before the shot was just right.

Instead, people tend to just think that a GoPro attached to their head will magically capture three hours of epic video (of course the battery isn’t going to last for three hours – but that’s not the point).

The bottom line is that nobody wants to actually wait at the top of a ski hill while their buddy goes down first, sets up a shot and then directs them exactly where to ski.

When people get to the top of a ski hill – they want to ski – screw the video.

The result is that most GoPro users come away with nothing more than hours of shaky, boring, unwatchable video – which leaves them frustrated and discouraged – and the next time they go to do something fun, they leave the GoPro at home.

Do You Still Love Your GoPro?

Have you been having technical problems with your GoPro?

How do you approach filming action sports or recreational activities with your GoPro?