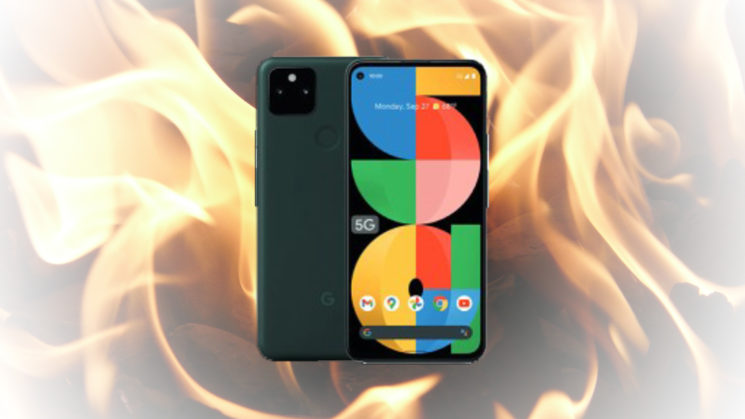 Google has launched its latest flagship phone, Pixel 5a. Once again, it focuses largely on camera capabilities and packs two rear cameras and a bunch of features for making your photos look as good as possible. It’s capable of shooting 4K at 30 and 60fps – at least on paper. In real-life conditions, it may suffer from an overheating problem after a few minutes of video shooting.

With its $449 price tag, the Pixel 5a is a pretty affordable phone. The camera array is almost the same as the one in 4a. The main camera features a 12.2 MP, f/1.7 wide-angle lens with OIS and dual pixel AF and a 16 MP, f/2.2 ultra-wide lens. The selfie camera has a single 8MP, f/2 wide-angle lens. Like its predecessors, it also features the Portrait Mode and Night Sight.

When it comes to video capabilities, the Pixel 5a allows shooting 4K at 30/60fps and 1080p@30, 60, 120, or 240fps. The main camera is equipped with gyro-EIS for smoother videos. While it sounds good in theory, it seems that the phone faces some issues while shooting video.

Tech reviewer Adam J. Matlock tested the Pixel 5a for video and claims that it overheated in only a few minutes.

Yup. Tested it myself on my Pixel 5a, 70 degrees inside in the A/C and on 4K @ 60 FPS it just takes a matter of minutes to overheat. This is terrible… pic.twitter.com/Pde8GcL6KU

It’s worth noting that he wasn’t filming in extreme conditions. In the tweet, he writes that he was indoors and the A/C was on, so it was 70° F (21°) in the room. He was shooting 4K at 60fps and still, “it just takes a matter of minutes to overheat,” as he notes.

Sadly, it doesn’t seem to be the problem only when shooting 4K/60fps. Adam writes that he tried 4K/30fps and 1080p/30fps and encountered the same problem. Yikes!

It’s sometimes possible to solve overheating issues through firmware updates as Sony did with the A9 or Canon with the EOS R6. If more users report the same problem, Google will have to intervene and hopefully fix the problem. And if not… Well, you may need a tiny sunroof for your phone whenever you want to shoot a video with it.