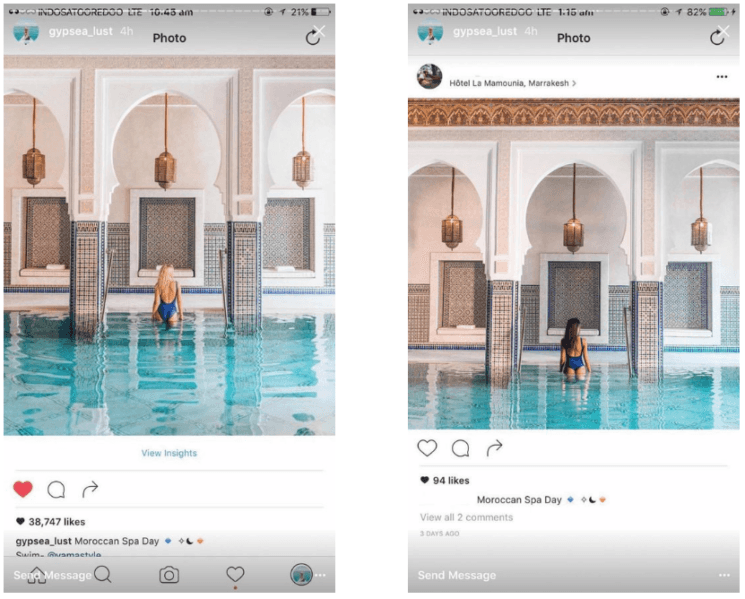 For those of you who haven’t been paying much attention for the last couple of weeks, there’s been a bit of an Instagram stalking thing going on. At least, that’s the story being portrayed. Instagrammer Lauren Bullen has a very large following. She travels the world and documents her adventures. “Diana Alexa” is, apparently, following in her footsteps. Not only visiting the same places, but copying her images almost exactly.

It seems, however, that the whole thing may just be one great big hoax to promote Bullen’s Instagram account. If true, it worked. Bullen’s Instagram account has received almost 220,000 new followers in the last 11 days since the story came out. To travel around the world and reproduce somebody else’s images almost exactly is a little far fetched. Also, prohibitively expensive for the vast majority of people. But is it real? Or is the whole thing just a big promotional stunt?

Bullen’s claims were initially made via a blog post on her website that she has since deleted. Apparently the post was reinstated at one point, but it’s been taken offline, yet again. Fortunately, thanks to the power of Google, we can see the cache of how it used to look. Then the story spread around the world like crazy. Of course it did, the whole idea of it is just insane.

A few days after originally posting the blog, Bullen update it to say that she’d been in touch with Diana and all issues had been resolved. But it still all felt a little odd. For a start, nobody’s really been able to confirm that Diana even exists. All of her social media accounts seemed to go private right after all this came out. Despite Bullen’s claim that she’s spoken with Diana, nobody else seems to have been able to ask for her side of the story.

The whole ordeal was first suspected to be fake by the user Beau over on the Pretty Ugly Little Liar forums. Soon, other users, particularly a user named Myther, on the site started to do some digging of their own. They believe that Diana might possibly not even exist, and that the people depicted in the photographs are just a friend of Bullen’s.

In fact (thanks again, Google), we can see that at one point in time, the Twitter account belonging to Diana Alexa was once promoting Bullen’s Instagram, Snapchat and email address.

If it is all just a big con, She’s definitely been playing the long game and planning this for a long time. Bullen’s instagram account went from a mere 26K followers to almost half a million in just 12 months. In the 11 days since her now deleted blog post, she’s gained almost another 220K on top of that.

If you can’t be bothered whipping out your phone to bring up the calculator app, that’s 219,431 new followers in the last 11 days. When you see it as a graph, you realise just how big a leap that is.

Even if we disregard the weird activity after the story came out, and the vast expense that would have to be spent in order to do what Bullen claims “Diana” is doing, the sheer number of coincidences mean this must be the luckiest personal in the world. Mind you, if that’s true, perhaps she bought the lottery ticket to fund it all.

For example, Bullen usually only lists the city when she geotags her images. For Diana to find the exact same doorway, the same street stalls, and the same hotel rooms would take an enormous amount of research. Or, well, I suppose there’s that “luck” thing I mentioned above. 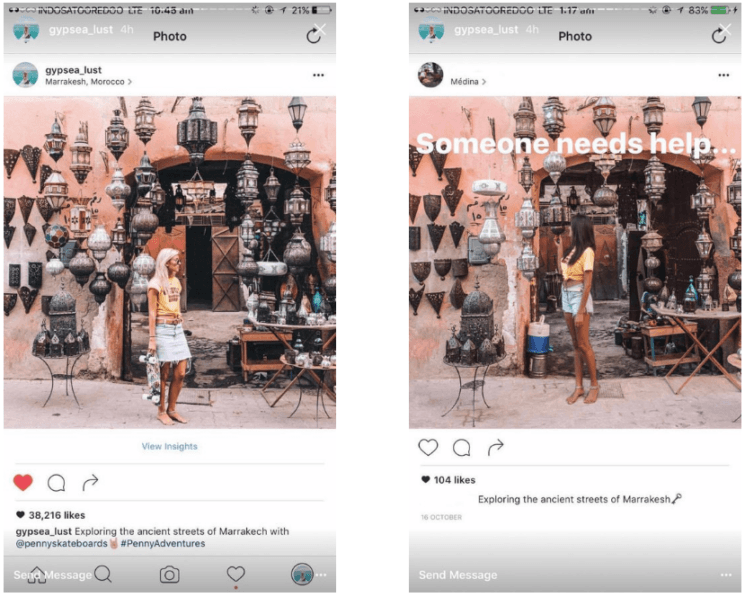 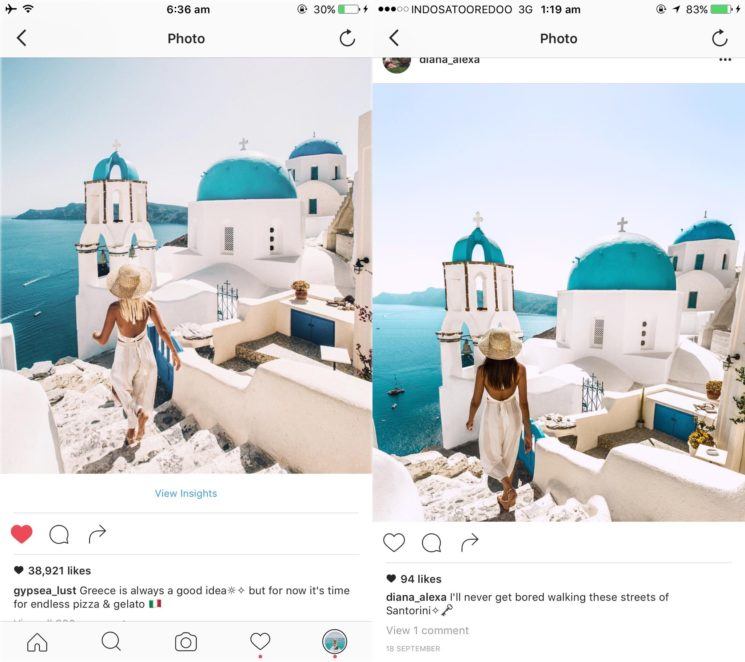 Also curious is the near identical appearance of the images when it comes to colour, contrast and post processing. Sure, it could be yet another coincidence that they shoot with the same camera, and do the exact same things in post, but I think Occam’s razor takes care of that one.

Bullen has reportedly told Business Insider that it’s definitely not a hoax, but nobody still seems to be able to find Diana. Whether or not it actually is, gaining more than a couple of hundred thousand followers in a little over a week will do wonders for her bank balance as sponsors compete for her even larger audience.

So, Did this really happen? Is the whole thing just one big promotional con to get followers? Does Diana even exist? Let us know what you think in the comments.

Is Yongnuo An Enabler Or A Copycat?

« Extension tubes open up a whole new world of photography!
This photographer lit a biker doing stunts with an Elinchrom strobe mounted to a drone »