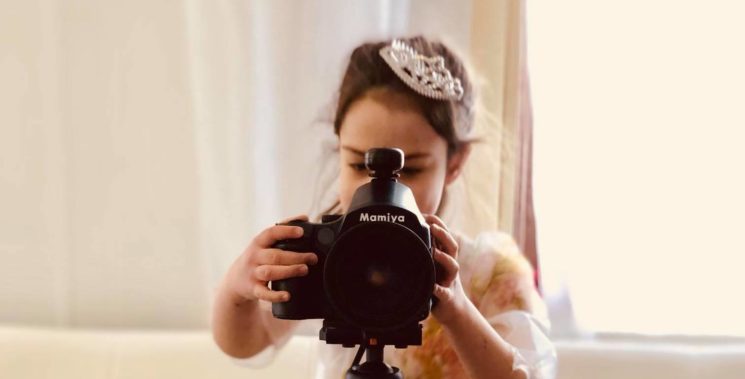 Photography is a wonderfully dynamic form of expression. It is technical, artistic, timeless, evolved. We are in a phase in the industry where cameras and lenses are being designed to take images of mind-blowing quality. They are getting sharper and producing better color than ever before. Autofocus systems are to a point where you can tell the camera which eye to track. The focus of the industry has undoubtedly shifted toward technical perfection.

However, amidst the ever-improving image quality, we often lose the emotional connection that images from generations past have. The more we focus on how sharp the lens is and what settings someone used, the more we forget about why we started taking photos in the first place.

Photographs tell a story. As cliché as it is to say, life is nothing more than a series of fleeting moments that are gone as quickly as they happen. Photographs are a way that we can preserve some of those moments forever. When looking through our grandparents’ wedding albums, my brothers and I have never thought “Wow, that photo is a bit soft”, or “he/she should have added some rim lighting.” Instead, we imagined what it was like to be there, decades ago. 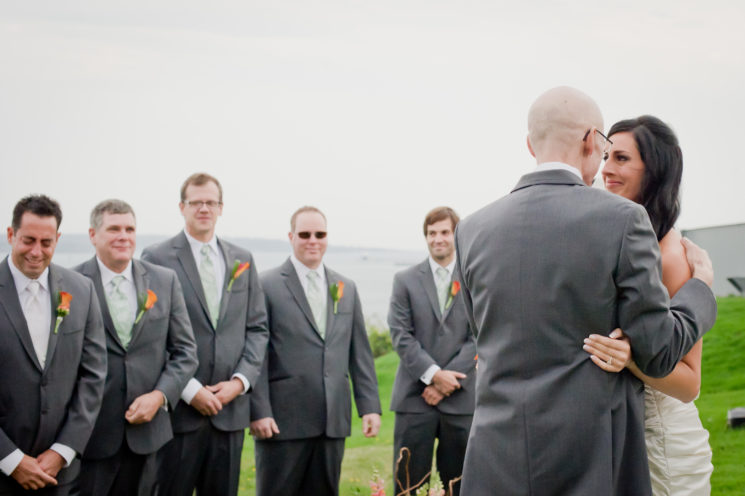 Brittany Bugaj of Two Adventurous Souls describes how the father of the bride (shown embracing his daughter) fought for his life to be there to walk her down the aisle. You can see just how powerful this moment is for the bride and the groom (far left).

In this image, the sky is dull and gray. The light is flat, the horizon cuts through some of the groomsmen’s heads, and the groom himself is partially cut out of the frame. Technically speaking, there are a number of things Brittany of Two Adventurous Souls can name that are “blah” about this photo. However, this is one of the first images she and her husband/partner Dean show their prospective clients who want to know how their story will be told.

When thinking about this wedding and their story, the technical execution of photos like this one aren’t even on the radar. The story is a perfect example of why we do what we do. This is one of the last photos this bride has of her father and she will treasure it forever.

Clementine embraces her grandmother’s headstone (left) and kisses her baby sister good-bye (right) after a celebratory picnic for what would have been Sloan’s first birthday.

Photographs can be a tool for healing. Domonique Palomino-Smith of S a l t p h o t o captured many images of her family’s visit to the burial site of her mother-in-law Kay and youngest daughter Sloan. “We lost my husband’s mother in April of 2017”, Domonique explains, “shortly after in June we also lost our 3rd daughter…” she continues.

“We often visit their graves because they are buried next to one another. On this particular day we were celebrating what would have been my daughters 1st birthday, we enjoyed a picnic of birthday cake and my oldest daughter played in the sprinklers, she says she plays with her grandma and sister when she does. I brought my camera and captured [these moments] as we were leaving, she always says goodbye and gives hugs and kisses.”

The focus and composition aren’t exactly what she would have wanted if the shots were planned or staged. “I wish I would have gotten more in both images and not have them both so closely cropped.” Maybe the photos wouldn’t earn merit in a photo competition, but you can feel photos like these in ways that you simply cannot with studio images. 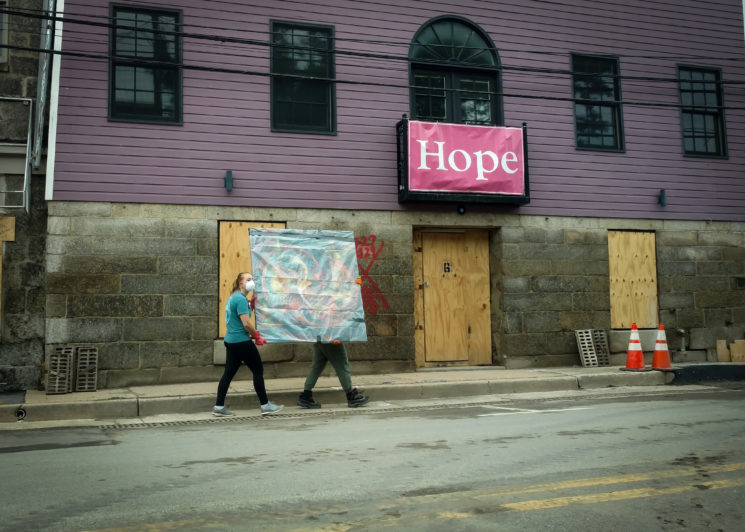 Kat Forder of Kat Forder Photography describes the scene in her photo above. Two volunteers in Ellicott City, Maryland rescue a large painted piece of art into a safe zone, away from the aftermath of severe flooding that devastated much of the area surrounding Washington D.C.

In May, the Greater Washington D.C. area was slammed by storms that generated floods that destroyed homes, washed away entire streets, and threatened crippled communities. Kat Forder, a prolific newborn and children’s photographer in Maryland spent most of her summer volunteering to help clean up and document the damage done by the flooding.  “…I was wearing a respirator, two layers of work gloves, covered in sludge from head to toe…” She sports the respirator and protective covers in her Facebook profile image.

“I had been shoveling some of the three feet of mud that had flooded into a store during the deadly May 27 flood in my local area. As a long time professional photographer I was dealing with the destruction around me by using my lens focus on details. My top of the line professional equipment rarely made it down to the flood recovery zone, because that is my money maker, and the volunteer work I was doing to help my fellow small businesses recover was my heart project.”

She describes the flaws she sees in her image much like any panel judge would. “This image here is rife with technical faults. Sloppy framing, less than stellar equipment, and the only shot of the series of three made that actually freezes the action.”

The word “HOPE” cries out on a blazing red banner, expressing what all of the volunteers hope to bring her community. “The painting is recognizable for the locals”, she goes on to explain. “…the juxtaposition of the volunteers, recovered and rescued painting, the search party spray paint on the buildings, the boarded up windows and doors, wet pavement, and inspiration sign all combine to tell a story of the resilience and spirit of this little town.”

The photographic industry places such a large focus on making images sharper, less noisy, and higher resolution. Newer photographers get sucked into this endless race for equipment that can render a “better quality” photo. When photographers aren’t looking for the perfect gear, they are bombarded by “rules” and techniques. One of the first questions that is often asked of photos posted in photography forums is “What settings did you use?”

What is often overlooked in the importance of the content. What makes a truly great photo is what you feel when you see it. Technical knowledge and mastery is a crucial part of photography, but a compelling photo transcends most technical flaws if it tells a story that people connect with. As one of my first mentors told me, “if someone [who isn’t a photographer] sees your photo and the first thing they notice is the digital noise or slightly missed focus, then the photo wasn’t very good anyway.”

Matthew Parks is a New England based newborn and birth story photographer, husband, and father of three. To find out more, see Matthew's website and follow him on Facebook.