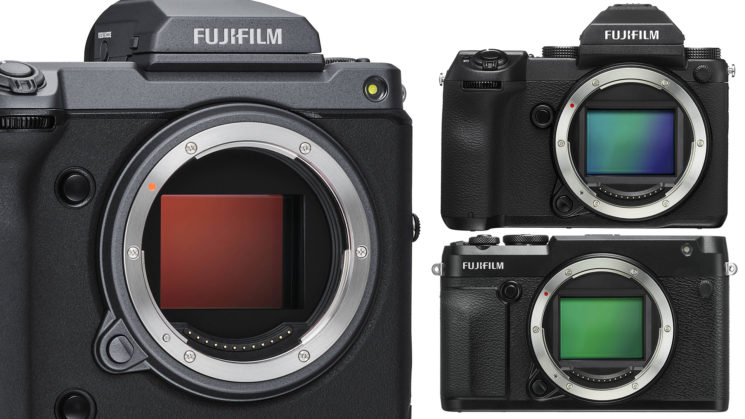 The new firmware is significant, and Fuji says that this is the biggest firmware update they’ve released for the GFX system. From the looks of the list of changes, it certainly seems like it. For many, they may feel like entirely new cameras – especially when it comes to their autofocus capabilities.

FUJIFILM North America Corporation announced today the availability of its highly-anticipated firmware update for the GFX System. This firmware update provides significant additional capabilities to each GFX System digital camera for photography, as well as considerable new capabilities for video shooters, including 4K RAW video support for the FUJIFILM GFX100.

This new firmware update will soon allow the FUJIFILM GFX100 to output 4K RAW video up to 29.97p via HDMI, which can then be recorded to an Atomos Ninja V 5” HDR monitor recorder and encoded into 12-bit Apple ProRes RAW for compatibility with a wide range of grading and editing software.

The successful collaboration between Fujifilm and Atomos will make the GFX100 and Ninja V combination to become one of the only Large Format camera systems of its kind to record 4K RAW footage. GFX100’s 100MP 4:3 ratio Large Format CMOS sensor is 44mm x 33mm in size (∅54.78mm) and can record 4K video at up to 29.97p in the following image resolutions:

Both resolutions will be able to be recorded at bit rates of 100Mbps, 200Mbps, or 400Mbps. Currently, only UHD 4K 16:9 output will support RAW output.

Simultaneous recording of RAW via HDMI, while recording Film Simulation / F-Log / Hybrid Log Gamma (HLG) internally to a memory card is also available as a result of this firmware update.

Fujifilm says that you will be able to record RAW via HDMI to the Atomos Ninja externally while still being able to record to an internal memory card simultaneously. Of course, you can’t do this just yet, as external ProRes RAW recording requires Atomos to release a firmware update for the Ninja V, which is expected to come at some point during July.

As for the rest of the changes, these are common to all cameras.

Firmware broadens and expands upon various other functions – based on customer feedback!

The new firmware updates for the Fujifilm GFX 50S, GFX 50R and GFX 100 are available to download now. The update for the Atomos Ninja V to allow ProRes RAW recording from the GFX 100 is expected in July.