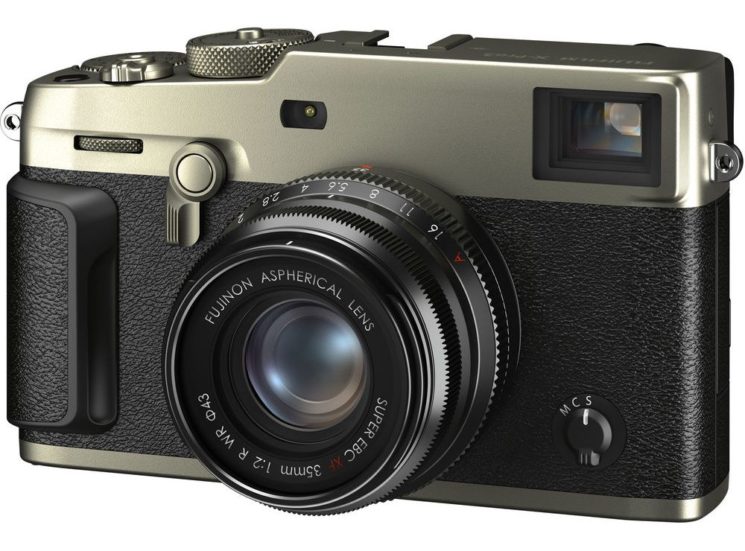 Fujifilm announced the new X-Pro3 camera during the Fujifilm X Summit in Shibuya, Japan last month. The camera is now officially out and ready for preorders, and it brings some improvements over the previous models. But, it also comes with the redesign which relies on old film cameras and combines them with modern digital photography.

In the previous article, we gave you some highlights of the Fujifilm X-Pro3. Fujifilm says that the company has paid attention to the customers’ wish list. Three things from it have been incorporated into the X-Pro3. There’s the “Multiple Shot” feature for HDR, internal focus bracketing function, and you can shoot multiple exposures with 2-9 images.

The camera packs an APS-C-format 26.1MP back-illuminated sensor. It’s an X-Trans sensor without an optical low-pass filter, and it utilizes a randomized pixel array for higher image quality and sharpness. The sensor’s design also includes an expanded phase-detection autofocus system which has 425 selectable points that cover nearly the entire sensor area. Fujifilm promises faster and more accurate AF in a variety of lighting conditions.

The X-Pro3 features both optical and electronic viewfinders incorporated into the unique Hybrid Multi Viewfinder. It lets you choose between OVF and EVF quickly via the dedicated finder switching the lever on the front of the camera body.

As for the video, the camera shoots DCI/UHD 4K at up to 30fps and 2K up to 60fps. The X-Processor 4 enables fast read speeds when shooting 4K video and reduces rolling shutter distortion with moving subjects.

When it comes to the design and build, the Fujifilm X-Pro3 is made from titanium, which is ten times more durable than steel. This makes it tougher than the previous models, as well as scratch- and dust-resistant.

As I mentioned, this camera draws a lot of inspiration from film cameras. All Fuji cameras do, though, but this one seems to take even more from them. It comes with a hidden LCD screen which you can see only when you tilt it down. When it’s hidden, there is only a small display showing you the basic settings such as the aperture, ISO, shutter speed and the like. If you remember that small “window” on film cameras which would let you insert a paper with the name of the film that’s inside… Well, this is what inspired Fujifilm for the design. Also, the  X-Pro3 packs several Film Simulation modes to mimic the look and feel of some of Fujifilm’s classic film types.

Oh, and it has dual card slots.

The Fujifilm X-Pro3 is available for preorders and it costs $1,800 and it comes in three variants: Black, DURA Black and DURA Silver. It’s expected to start shipping in late November 2019.

All about intent: what people mocking the Fuji X-Pro3 don’t understand