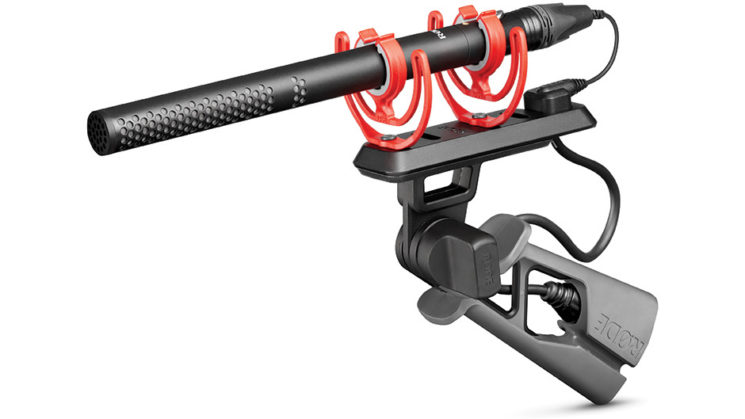 It’s been a while since we’ve seen a new high-end shotgun mic from Rode. It’s 11 years since they launched the flagship Rode NTG-3, one of the most reputable microphones out there at its price point. Today, though, Rode has announced the next generation of broadcast shotgun microphones with the new Rode NTG-5. Rode says the NTG-5 represents the culmination of 28 years of research and development of microphones for broadcast and movie use.

The Rode NTG-5, Rode says, offers a “revolutionary” acoustic design to deliver the most natural sound, and it’s extremely lightweight, weighing only 76g. For comparison, the Rode NTG-1 weighs 105g and the mighty Rode NTG-3 comes in at a somewhat hefty 163g. Cutting the weight to less than half will make a lot of boom operators very happy. Sure, 87g might not sound like a lot, but when it’s on the end of a 5-metre pole, it feels like over three-quarters of a kilogram difference.

Rode says it has a very low self-noise of just 10dBA. That’s not quite as quiet as something like the Rode NT1-A large-diaphragm cardioid condenser microphone’s 5dBA (although that is a very different type of microphone), but it does beat out the Rode NTG-3’s 13dBA, to offer an improved signal to noise ratio. Rode says that this makes it ideal for location recording.

RF-bias technology and conformal coating ensure the NTG5 is reliable in adverse environments. It is designed to be taken everywhere, with excellent resistance to wet conditions, high humidity, severe cold and dust. The NTG5 comes in a complete location recording kit, featuring the new WS10 windshield, redesigned pistol grip and other accessories – it’s ready to be taken into the field right out of the box.

As mentioned in the press release, the Rode NTG-5 comes with the redesigned PG2-R Pistol Grip shown in the first two images at the top and the new Rode WS10 windshield. But it also comes with the usual zip-up Rode case, a mic stand holder, a foam cover and the PG2-R Pro Cable.

The NTG-5 definitely has an interesting to design compared to the NTG-3 and most other shotgun mics I’ve used. It also appears to be substantially shorter than the NTG-3, too. Here, I’ve scaled the width of the NTG-3 to match that of the NTG-5 photo, to get an idea of how the length compares. The exact length of the NTG-5 hasn’t been released at the time of writing this, but the NTG-3 is 225mm long. .

Update: The NTG-5 is 203mm long. So, a little longer than I initially thought, but still around 20%  shorter than the NTG-3.

It’s not a design I’ve seen on a shotgun microphone before. All of mine have the usual array of gridlines, like those on the NTG-3. I’d be interested to hear just how well the NTG-5 blocks out side noise on location when it’s pointed at a subject. I’d also love to try this out on location to see how well it picks out specific sounds in the environment for recording effects, and how close to real life it sounds.

The Rode NTG-5 is available to pre-order now for $499 and ships mid-November.

« The final version of Blackmagic’s free DaVinci Resolve 16.1 is now available to download
Fujifilm X-Pro3 is officially out, and it draws inspiration from old film cameras »