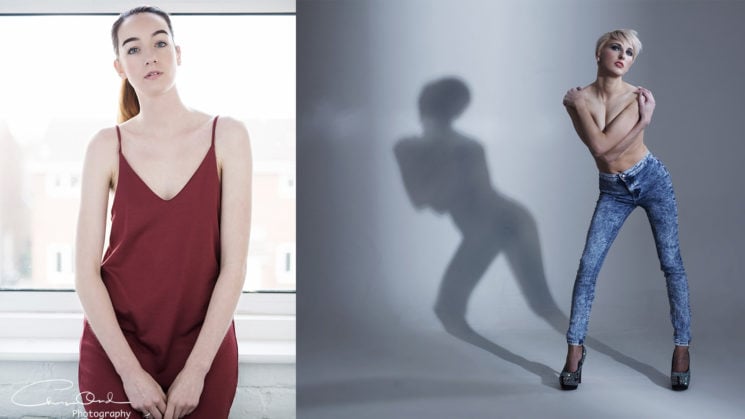 V- Flats, screens, flags, boards, whatever you want to call them. They can be really inexpensive but have a huge value in portrait photography in the studio.

I bought these polystyrene sheets from a local DIY shop costing around £40 for the pair. I used shelving brackets on the base to help give some level of sturdiness and make sure they are free standing. Not the best solution for the base, but, in two years they’ve never fallen, never broken and have worked a treat. 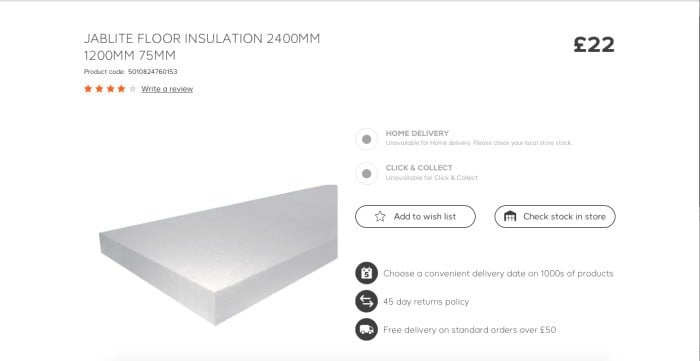 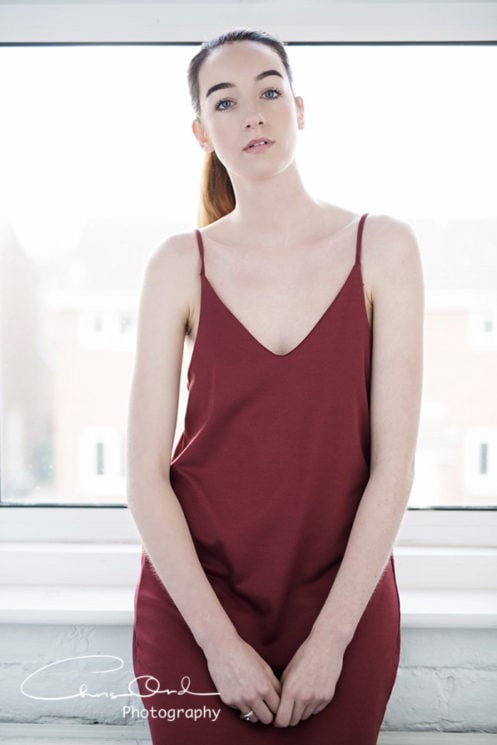 Shooting directly into window light can sometimes be a bit of a challenge for exposure, especially when you still want a good level of detail in the skin and not to just blow out the highlights massively.

One way I’ve found of utilising the window light as a backlight is to shoot with the window on the opposite side to the camera creating a backlit effect.

I positioned the V Flats to create a triangle with a space no more than the width of the lens at the shooting position. This bounces the light evenly back into the subject and creates a lovely soft light effect.

One thing to watch out for on this techniques is “cats eyes”. Because of the placement of the panels, it can sometimes give the effect of cats eyes which isn’t always the most flattering look. 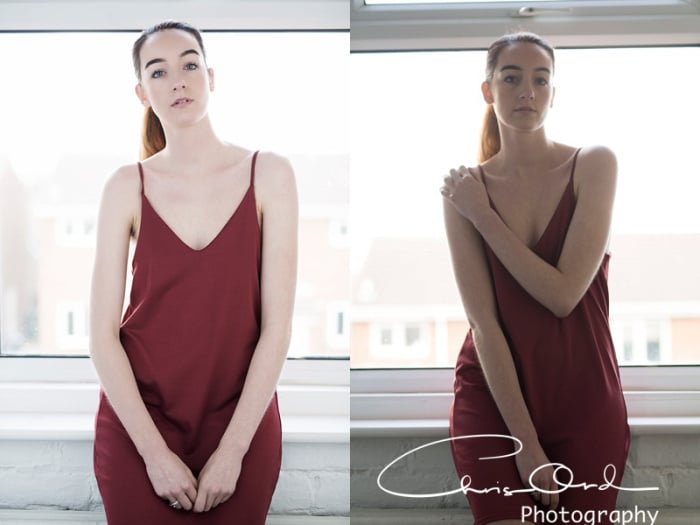 With V Flats and Without V Flats 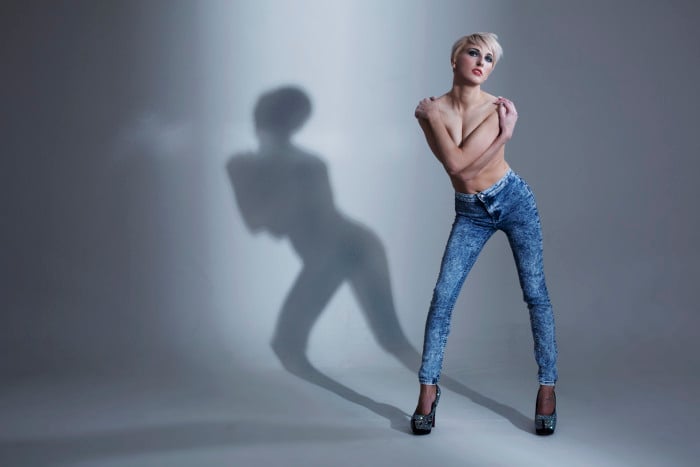 I couldn’t come up with a better name while writing this blog, so feel free to call it whatever you like..

This is a technique I like to use when shooting set ups in the studio or teaching lighting workshops as it is a very simple way to create a dramatic effect without needing a lot of equipment. One light is enough for the light source, and you really don’t even need V Flats; you could use a doorway, curtains, furniture or a couple of big books! 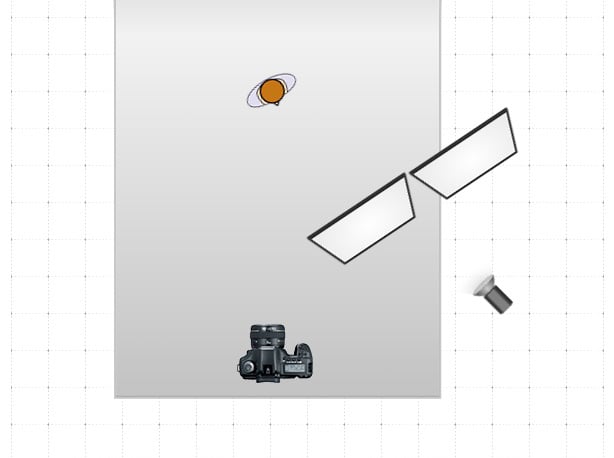 Changing the position of the screens and the light can drastically change the look of this set up, creating harder and softer shadows.

This can also work really well on a smaller scale shooting head shots with the same sort of effect to create a very small sliver of light on the face. 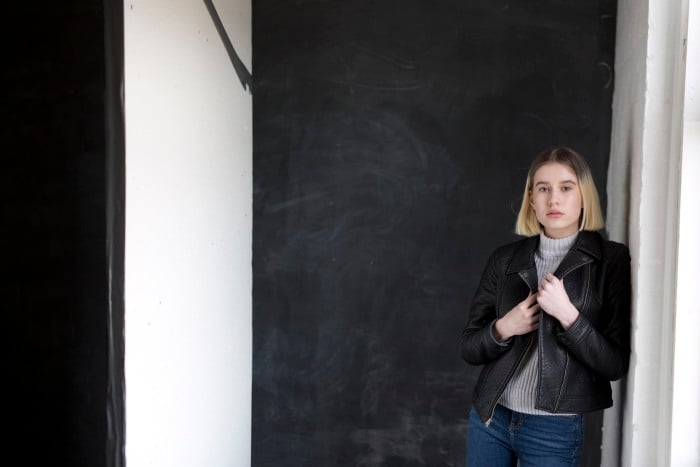 This window space is one of my favourite places in my studio to shoot. In the afternoon I get a beautiful soft light coming through the window and I usually place my subject about 1ft back from the edge of the window, this means the light isn’t too harsh and falls off very subtly.

I shoot this one in a mix of ways, often I will shoot with the need for the V Flat which gives quite a lot of contrast to the skin with light coming from one direction in the window, and a tiny little bit of bounce coming back from the wall on the other side of the room. However, I will also use a V Flat to give a little variance and add more softness to the skin on the opposite side to the window. 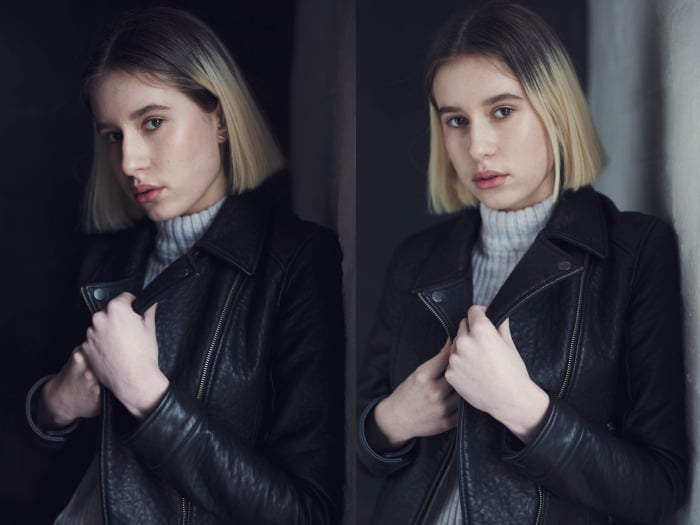 Without V Flat —- With V Flat

I generally place the V Flat within 2ft of the subject and it essentially becomes a big soft box. 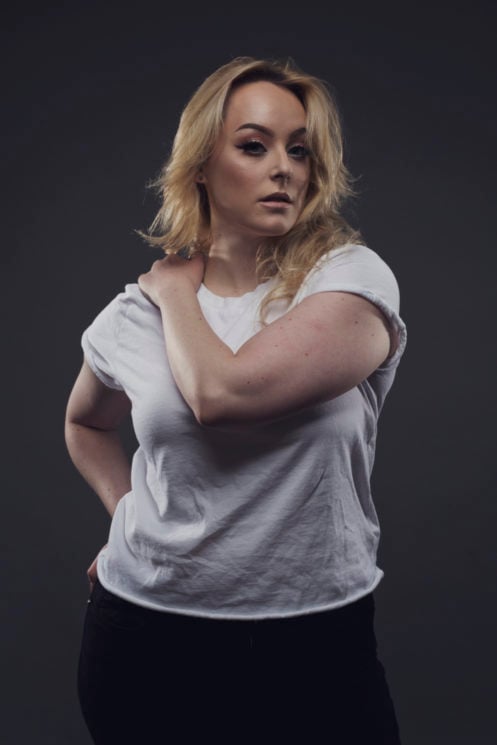 This set up us a little more involved utilising three strobes in the studio (flashes could be used) The idea with this set up is to build up from using one light above camera position. I tend to use a Gridded 90cm Octabox, this allows me to bring the skin tone to a good level of exposure.

Two panels are placed either side of the subject with strobes placed behind and angled very slightly toward the centre. This creates the effect of adding four light.

The V Flats help the light to bounce back onto the background to bring up the exposure slightly, and add some gradient to it, and the lights angled slightly toward our subject also create a rim light on each side to add separation against the background. 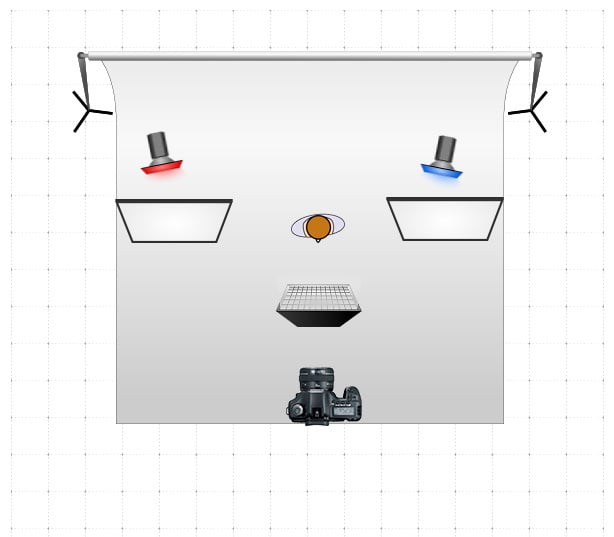 Using this effect adds a subtle rim and hair light to the subject when shooting with just reflectors fitted an no gels. 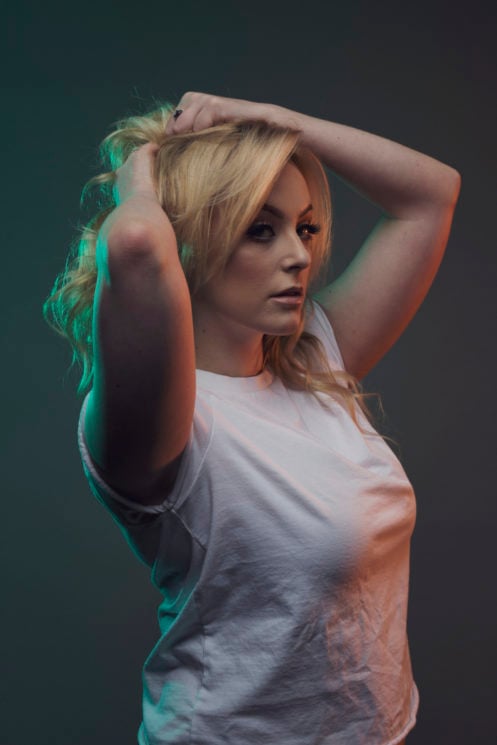 Adding coloured gels to the back strobes then adds some extra interest to the image. The V Flats bounce some colour onto the background while also casting the colour onto the subject. Any area that is in view of the back lights and not that of the front light will pick up the colour which gives it a totally different dimension to not using the gels. 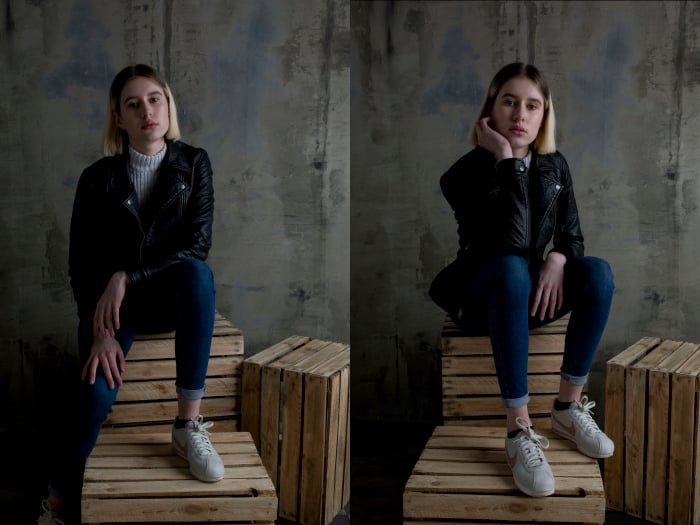 Without V Flat Vs With V Flat

This one works in a very similar way to the Single Window Bounce technique above. The light source is coming from one direction, but instead of a window it is now a soft box, and a very big one at that. It has two diffusion panels, inner and outer, but no grid. This allows me a very soft light, especially when place within a foot of the subject. The V Flat is placed around 4ft away from the subject on the opposite side to the light. 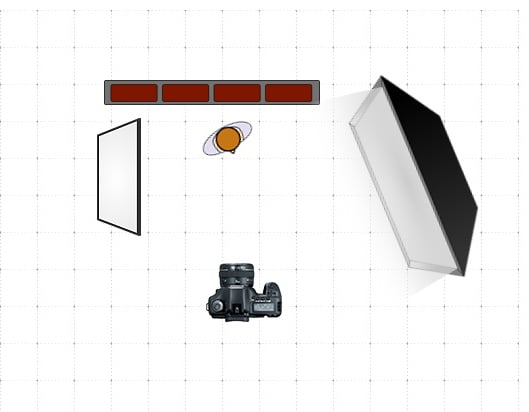 The effect is very subtle in comparison to the window light shot, but, it still adds a fill light that give the shadows a little lift where needed on the face and a little on the background too.

Changing the distance of the V Flat to the subject can change the look of the image in terms of how much light is being bounced back into the scene.

So there you have it, 5 very simple but effective ways to use V Flats for Portraits.

Chris Ord is a portrait, fashion and commercial photographer based in the UK. You can find out more about Chris on his website or follow his work on Facebook and Instagram. This article was also published here and shared with permission.