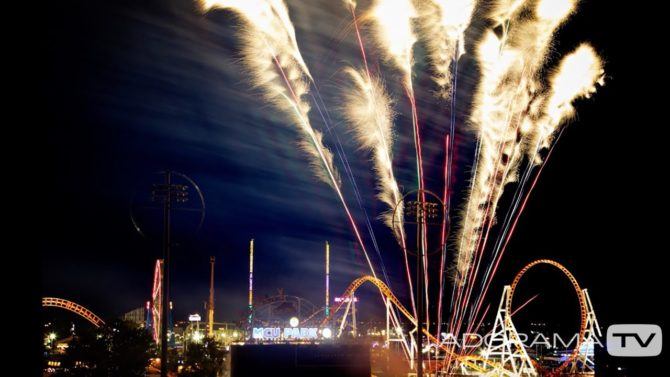 The 4th of July is rapidly approaching, and some of our American readers may be getting ready to have a go at some fireworks photography. Fireworks aren’t difficult to photograph, but they aren’t something you want to go into blind.

In this video from photographer David Bergman at AdoramaTV we get some great advice for photographing fireworks effectively for some great results.

Here’s a quick checklist of the basics you can keep handy while you’re out shooting.

Here in the UK, we typically have to wait until November to photograph fireworks. I might miss a year here and there, but here’s another technique for you to think about as you’re looking out at the scene before you.

Before digital, when we photographed fireworks on film, one common method was to keep the shutter open for a very long time (minutes) and cover the end of the lens with a hat or black material in between bursts. This allowed the photographer to capture several bursts in a single frame.

Today, with digital, this isn’t as easy to capture in-camera, because we no longer have the “benefit” of reciprocity failure that would prevent the environment itself from blowing out. Digital doesn’t really have the highlight recovery of negative film, either. But there are solutions.

There is also another option. Compositing in post. In this example from a local fireworks display in 2011, 8 photographs have been composited together to produce the final image. 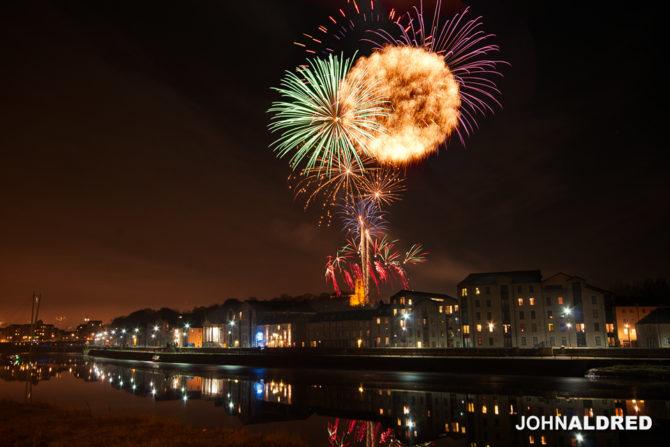 The base for this composite was an ISO200, f/11, 15 second shot of the environment without any fireworks. This gives me the basic environment at the brightness levels I want.

After this, several 2-6 second exposures (shutter speeds was controlled manually in “bulb mode” with a remote trigger), each containing a different burst of fireworks were composited on top.

As these were shorter exposures, and so the environment was darker than in my foundation image of the environment, roughly masking around the fireworks and setting the blend mode to “screen” allowed them to blend seamlessly into the scene.

This image from 2012’s local display was shot from a different vantage point and made using the same technique. 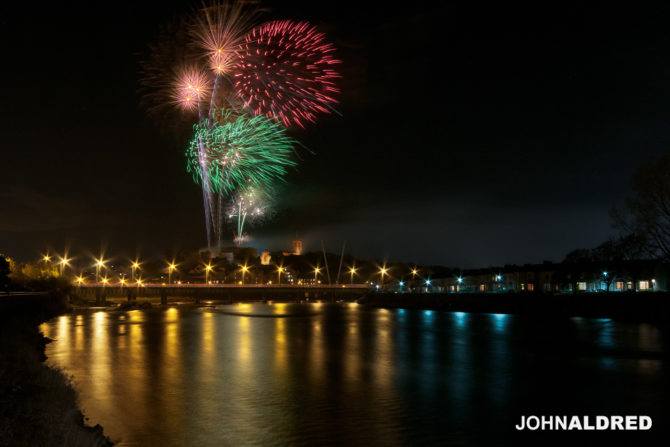 The long exposure of the environment let me get the colour I wanted in the lights on the bridges, and the reflections in the water. The shorter shutter speeds let me capture the bursts with a darker environment allowing for an easier blending job in post.

Shooting this way also helped to prevent smoke from the fireworks from showing up in the skies, too.

The other tip I can offer is to go and find your location while it’s still light, before the crowds start to fill and the skies get dark. You want to be ready to shoot with plenty of time. Also have a couple of backup spots you can move to, just in case someone or something comes along to block your view.

What advice do you guys have for photographing fireworks?  Let us know and show off your fireworks photos in the comments.