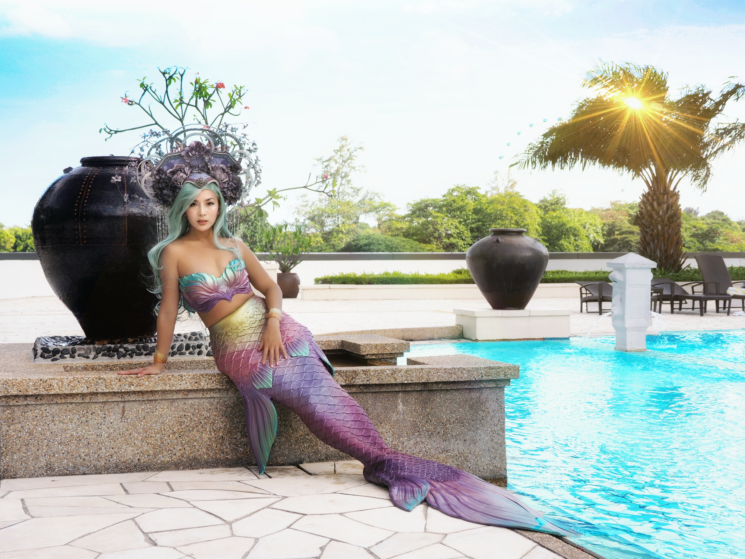 Unfortunately, plagiarism is not at all rare in the world of photography and filmmaking. But Cara Neo, also known as Syrena, Singapore’s First Mermaid has had her work and even her identity plagiarized in the most outrageous way. A group who was part of the Creator Collective – Asia program contacted her to work together, but she refused. This didn’t stop them to rip off her video and even hire someone to impersonate her in a fake interview. And what makes the situation even more bizarre – this video brought them the first prize in this year’s Creator Collective competition. We got in touch with Cara and she told us how this came to happen.

Cara is known as Singapore’s First Mermaid. As she writes in a post on Facebook, the group first contacted her because they wanted to use her story to create a video and allegedly, “headline a pitch to Singapore Tourism Board (STB).” STB was looking for ideas for their campaign “Passion made Possible” and the group wanted to film a story about Cara and pitch the video to STB. They promised that it would be very short and wouldn’t be broadcast or made public.

So, Cara sent them some underwater footage of her, taken by herself and the people she knows. It was supposed to be a sample of what filming underwater with her would look like. She agreed to meet up with the group to find out more about the project and work out the details.

She explains that, when she met these people in person, they clarified that this “pitch” was a part of a campaign simulation competition held for all the Creator Collective groups, and was a student initiative. She wasn’t able to commit to the project so she politely rejected them, and didn’t hear back from them again. 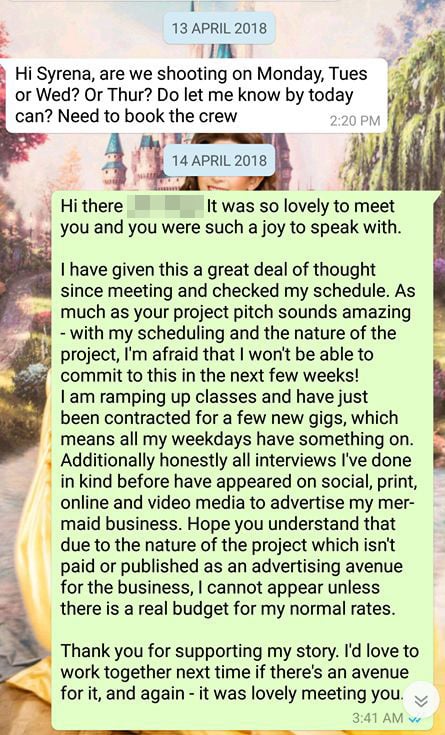 Today, Cara discovered the unpleasant truth. To her great shock, the group went ahead to produce their final presentation video using her story. They didn’t only use the sample underwater videos she sent them. Cara says that they had also taken some videos of her from YouTube. She tells DIYP that no one asked her to do this, as she hadn’t heard from the group since she rejected the collaboration with them. As you can probably imagine, none of the videos were credited to Cara.

What makes things even more unbelievable is that the crew also hired a random person to impersonate Cara and give a fake interview. She appears in the video subtitled and credited as “Cara/Syrena: Founder of the Singapore Mermaid School”. Cara explains that “artistic liberties were also taken with her life story.” For example, they said that she has always lived by the ocean, which is not true.

You think this is awful, right? But wait, there’s more. So, the group used the videos without the permission, without giving proper credits, and with an impersonator giving a fake interview. They presented the project to STB, and Cara had hoped to work with them in the future. Their video won the first prize in this year’s Creator Collective competition and a grant check at 7000 Singapore dollars to fund their future projects. 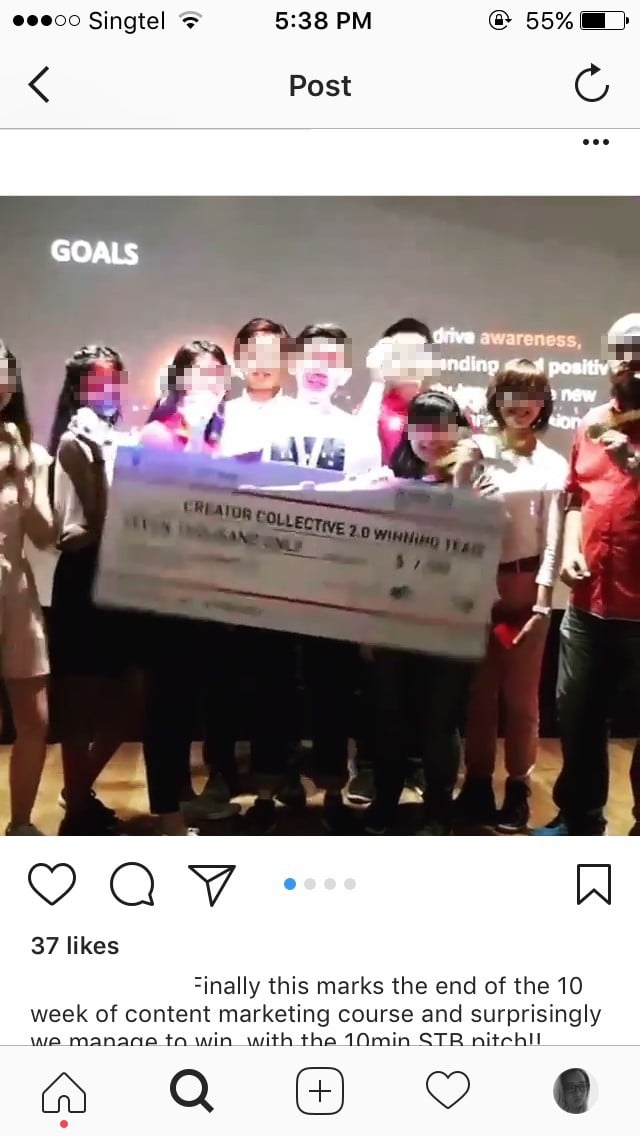 Since the group won the award, the video and the story have been published on YouTube, Instagram, Straits Times, Business Times (and their Twitter account) and in print newspapers. Cara writes that the video has now been removed from YouTube, but not before it gained views.

To make things clear, Cara pointed out that she doesn’t assign any blame to STB in this situation. The only people to blame are those who took her videos without the permission and hired another woman to impersonate her. However, she tells DIYP that the rep of Creator Collective Asia claimed that STB was unhappy with the way they were presented in her post. Reportedly, Creator Collective asked Cara to take the Facebook post down, but she refused.

I’m not usually a confrontational person. I don’t enjoy drama. But on the behest of the people in my life who have all supported me and journeyed with me through this hard-earned career, I have to speak out. To defend my name. My reputation. This brand I’ve built from the bottom up over years. My image, which I’ve honed to the standard of excellence that myself, my school, and my mermaids are known for locally and internationally. 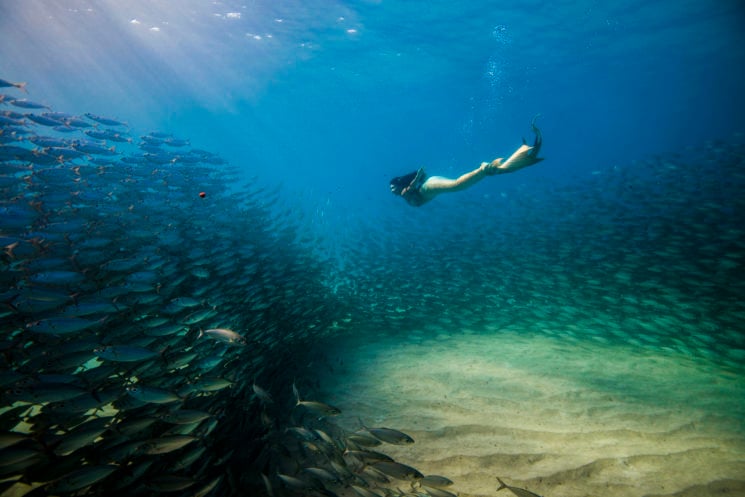 We asked Cara if she plans to press charges for intellectual property infringement. She tells us that she is still in talks with her legal counsel and that she will take legal actions if necessary.

In the world of photography and filmmaking, I’ve never heard of intellectual property infringement that works on this many levels. Not only were Cara’s videos ripped off without her permission or credits, but even her personality was faked in an interview. We have contacted STB and Creator Collective Asia to hear whether the team behind the video will be penalized, and we’ll let you know if we hear back.

UPDATE: We heard back from Creator Collective – Asia:

We are taking this very seriously and gathering all facts from both Cara and the team. Rest assured we removed the video as soon as we were alerted of the issue and had contacted the various publishers about the story. We are also in contact with STB. We will make a decision soon.