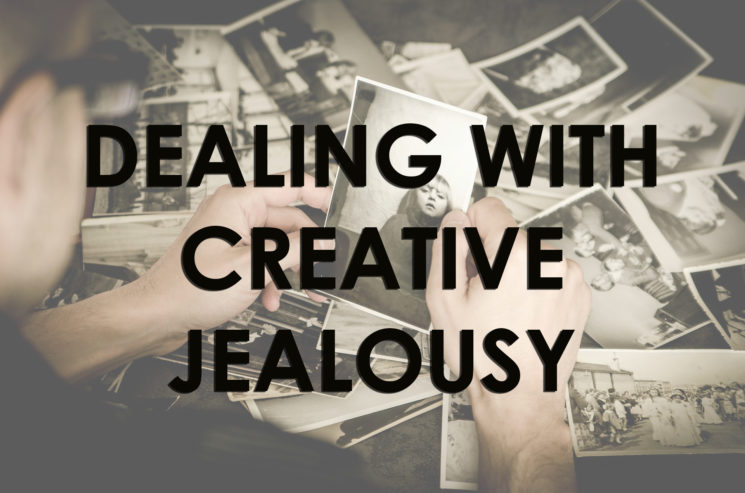 I’m sure we all feel jealous of other artists sometimes, more or less often. But jealousy is an emotion that doesn’t do us good, and it just blocks us from improving. Photographer Sean Tucker discusses this topic in his latest video, and it’s something we should all watch and think about it.

In this video, Sean talks about what causes jealousy and gives you some guidelines how to recognize it. He also shares the ways to deal with it and to get rid of it – so you can get back to your own work and personal development.

Sean talks about his experience of being in a band as an example for the feeling of jealousy. He loved doing festivals and gigs, but while listening to other bands, he was constantly making comparisons. He was playing a “jealousy game,” which prevented him from enjoying the music and made him feel bitter.

Can you relate to these feelings when it comes to other artists’ work? I’ll be honest with you – I can, big time. It hasn’t happened in a while, but I used to feel it from time to time when I’d see someone who advances faster than I do, or has more success, or just know how to market him/herself while I don’t.

But jealousy is a toxic emotion. It doesn’t help us grow and become better; it actually blocks us from doing so. Even though I feel jealous less often than before, I also still feel it from time to time, just like Sean mentions in the video. We’re all just humans – but we still need to know how to deal with jealousy. Getting rid of it means moving forward, and Sean shares some helpful techniques to do so.

Basically, jealousy is masked fear. This emotion points to our own fear that we’re not good enough, and that we’ll never reach the level that someone else has reached.

It may sound as a cliché, but you know that admitting the problem is the first step towards the solution. It can be applied here as well. In other words, when you experience a strong emotion, you need to stop for a moment, understand where it comes from, why it’s there and what it’s telling you. It can point to a bigger problem within you that you need to resolve. You may feel frustrated about something, out of control over your life, dissatisfied with your job and so on. It’s not difficult to recognize when envy starts growing inside of you, so take a minute to figure out what is really going on.

Jealousy is a strong emotion, and it makes us feel stuck and lose focus over our own work. This is why we need to beat it, and Sean shares some helpful tips and one practical trick.

How to deal with jealousy

First of all – stop playing the comparison game. Make yourself understand that there will always be someone better than you, just like there will be someone worse. It took me ages to realize this, and while it may sound demotivating – it’s actually quite liberating.

There will also be someone less talented, but more successful than you, as well as someone more talented, but not as successful. Not all of us have the same opportunities and life isn’t fair sometimes. Most of the times.

It’s also good to remind yourself that you can’t control everything. You can do your best, work on developing your talent, grow as an artist and put yourself out there – but nothing can guarantee success. Again, this may not sound encouraging, but let me try to rephrase it – keep on doing your best, but embrace the fact that sometimes it’s just not up to you. I’m still learning this, to be fair.

And now, the practical trick I mentioned. This is what Sean does: when he feels jealous of someone’s work, he tries reversing it – and gives them a compliment. You can also try doing this, even if you don’t feel like it. After all – you wouldn’t be jealous if they weren’t good, right? I haven’t tried this practical trick, but I’ll trust Sean when he says it’s liberating. I’ll go for it when I feel jealous next time, even if it’s not about someone else’s creative work, but their skills, personality, or whatever.

It’s good to keep in mind that you won’t look smaller in the eyes of someone better than you if you compliment their work. Lots of great photographers are also great, modest people, and they appreciate the feedback.

Finally, to put it simply – don’t allow jealousy to overtake your emotional space. When you feel it, identify where it comes from, be honest with yourself about it, send the compliment – and get back to your work.

On Jealousy and Street Photography

How to stay creative and constantly improve your work

Humor: This Diagram Shows The Creative Fear Of Committing Work

Creatives, don’t fight procrastination – turn it into your advantage