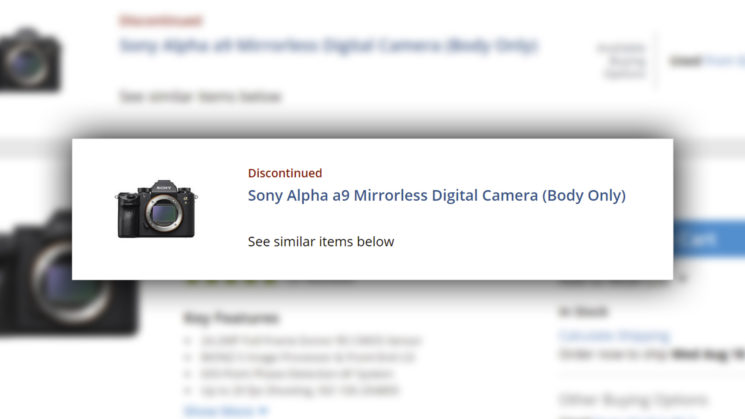 Released in early 2017, the Sony A9 immediately proved itself to be a very popular camera. It still continued to remain in Sony’s lineup for almost two years after its Mark II successor was announced in October 2019. Now, though, it seems that the original Sony A9 might be coming to an end as retailers including B&H are listing the Sony A9 as being discontinued.

Despite retailers listing the camera as being disconnected, it is still listed on the Sony USA website. It’s listed as being on sale, too – perhaps a clearout sale? – with a pretty hefty $1,000 discount, bringing the cost down to $2,999. That being said, there’s no “Add to cart” button. Just a button to be notified when it becomes available. There are a couple left on Amazon, though. 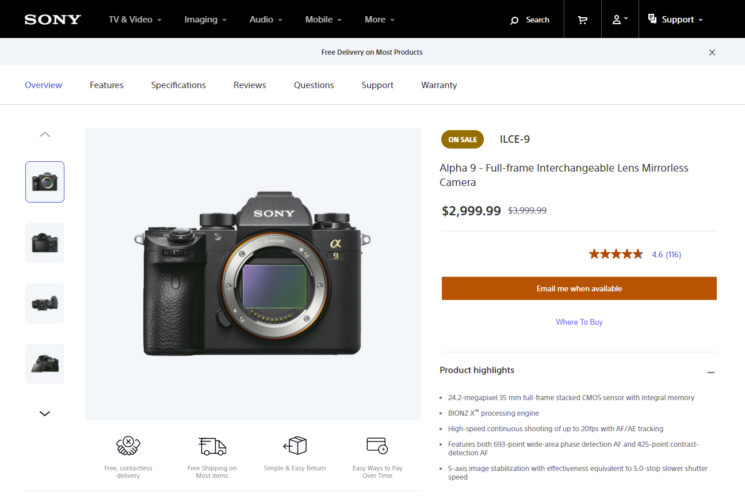 So while doesn’t appear to be officially listed as discontinued on the Sony website, it does seem that it’s unavailable directly from Sony, too. Whether or not Sony will make an announcement that it’s finally being shifted to annals of Sony history or if they’ll just flip a switch on their website that removes it from their current product list – as they recently did with all their A mount stuff – is unknown, but I would expect it’ll probably be the latter.

With the Sony A9 II having been out for almost two years already and now the Sony A1, it seems logical that Sony would discontinue the original A9 now. It’s had a good run, but it seems like a needless effort to keep producing them when its potential market is dwindling.

« Watch the photographer light paint this breathtaking image of swans on a lake
Photoshop sees big new updates to Sky Replacement, Healing Brush and Magic Wand for iPad and desktop »