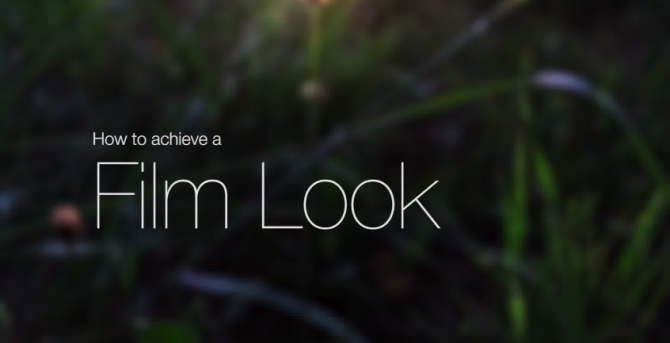 Achieving a “film look” is something that most aspiring filmmakers strive to accomplish.  We always want our work to appear as masterpieces, but sometimes we aren’t sure how to capture those little nuances that could help push it over the edge.  The advent of dSLR video helped bring video production capabilities to the masses, but getting that classic look of film continues to be a steady pursuit of many.

But, don’t be feint of heart!  With some simple tricks, from adjusting camera settings to tweaking in post-production, you can be well on your way to getting the result you want!

This tutorial that I had found a while back provided some valuable tips and insights into bringing the film look into the low-end segment of the digital age.

For Canon users who want to take things to the next level, Magic Lantern is a great option to extend you camera’s capabilities and bring more manual control to your fingertips.

As with most anything in photography, it’s six and one-half dozen of another.  As Jake Coppinger tells us in the video, “The best way to learn is to experiment with the tools you have.”

[How to achieve a Film Look by Jake Coppinger]

How To Create Cinematic Film Look On A DSLR

« Epson Wants you To Print Again, Makes Printers That Last 2 Years Per Ink
How To Build a Programmable Time Lapse Motion Control Platform For $150 »