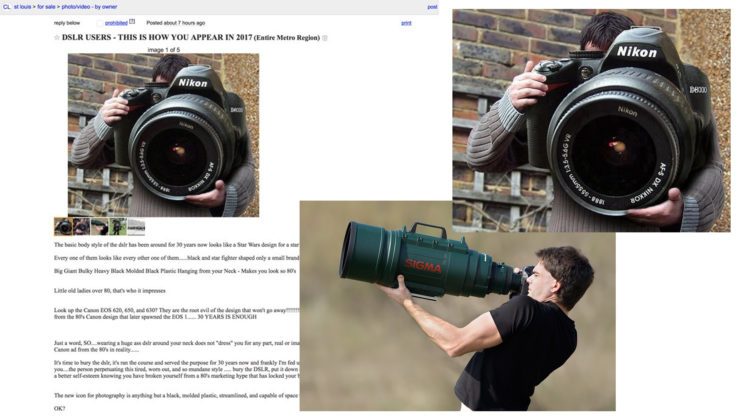 You know, it’s funny. The only people who seem to care what DSLR users look like are the people who no longer use DSLRs. Most users aren’t so publicly vocal about it as a particular user on Craigslist. This was spotted by our buddy Mitch over at Planet5D on Facebook. When looking a little deeper into things, he discovered the listing was on his own town’s Craigslist.

It’s quite an amusing little rant to go on. Why he thinks DSLR users really care, I’m not so sure. Perhaps he switched to something else that he wasn’t happy with, and is simply trying to justify his own buying decisions. Who knows? 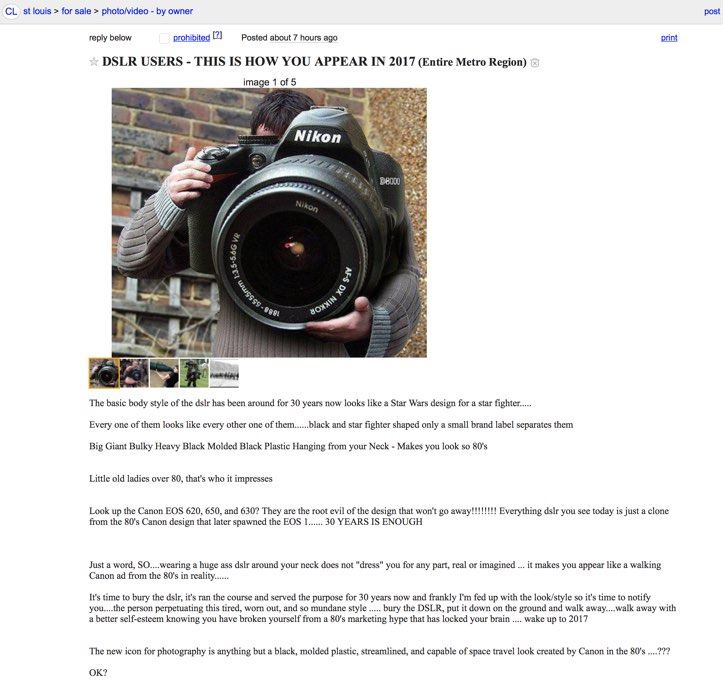 The listing has since been removed from Craigslist. It reads…

The basic body style of the dslr has been around for 30 years now looks like a Star Wars design for a star fighter…..

Little old ladies over 80, that’s who it impresses

Just a word, SO….wearing a huge ass dslr around your neck does not “dress” you for any part, real or imagined … it makes you appear like a walking Canon ad from the 80’s in reality……

It’s time to bury the dslr, it’s ran the course and served the purpose for 30 years now and frankly I’m fed up with the look/style so it’s time to notify you….the person perpetuating this tired, worn out, and so mundane style ….. bury the DSLR, put it down on the ground and walk away….walk away with a better self-esteem knowing you have broken yourself from a 80’s marketing hype that has locked your brain …. wake up to 2017

The new icon for photography is anything but a black, molded plastic, streamlined, and capable of space travel look created by Canon in the 80’s ….??? 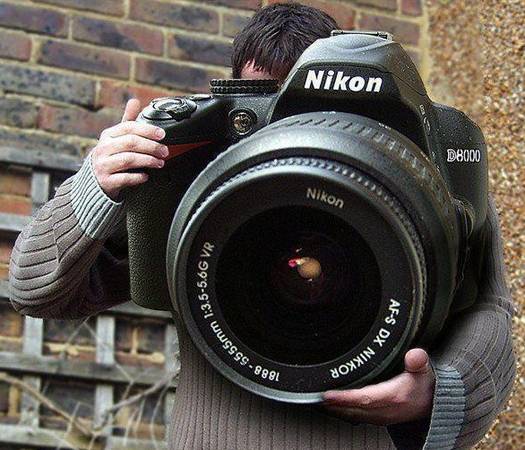 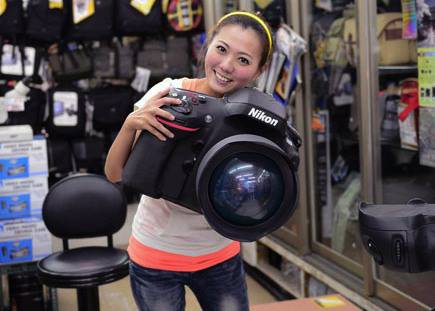 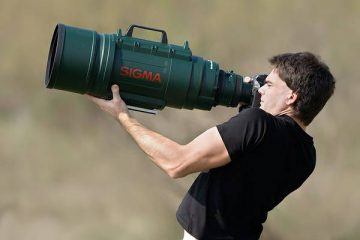 I’m not sure what might have pushed this guy over the edge, and cause him to go on such a rant. Nor do I have any clue why he thinks we’re trying to impress anybody with how our camera looks. He does seem to have something against Canon, though.

But, he’s fed up with the look and style of them, so it’s time to notify us, apparently. Consider us notified – and not really giving a hoot what you think.