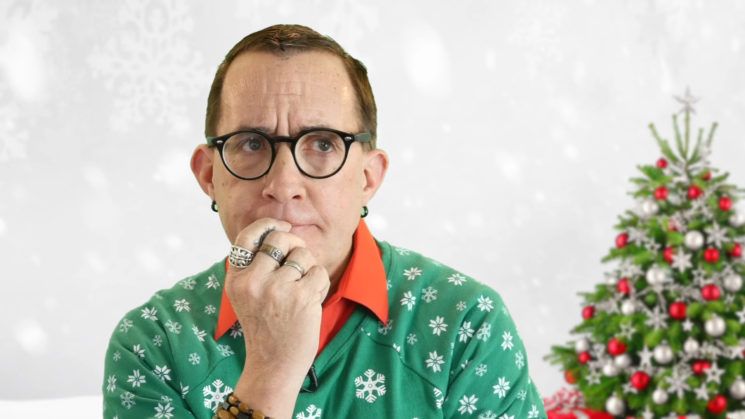 This is one of those posts that’s going to divide people. Some will love it and completely agree with everything said. Others will hate it, but it’s usually because they’re guilty of the things mentioned. If I’m completely honest, I might’ve done one or two of them myself in the past. But, ultimately, you don’t have to agree with it, as long as you’re happy with what you’re doing.

When I first watched Joe Edelman’s Holiday Wish List for photographers, I did find myself nodding in agreement with a lot of it. I’m not planning to do anything about my G.A.S., though. Mine is a relatively mild case, and most of the things on my list aren’t being made any more.

It is an interesting list. Some of it we’ve heard before. Over and over and over again. Especially the bit about spot colour, selective colour, colour popping, or whatever you want to call it. But there are a few you might not have thought of.

The first is the concept of the Zombie Photographer.

I did have a bit of a laugh when I heard this, but it’s a fitting title. These are photographers that are somehow unable to think for themselves. They buy this body or that lens because so-and-so uses it, so it must be good, right? Forget the fact that the stuff they’re shooting is nothing like what so-and-so shoots. It doesn’t matter so-and-so has it, so you want it, then your photos will be just as good.

Yeah, not really. I see so many people buying things just because other people have them, and then spend the next year moaning. “Why aren’t my photos like his?”, “I’ve wasted all this money”, “It’s crap because I don’t know how to use it”. Ok, the last one isn’t actually what they say, but it’s what they mean when they come up with their excuses.

I say a year, it’s usually about that long before the next round of gear is announced and they put whatever they bought on eBay to fund the new toys.

Controlling G.A.S. is another big one. It kinda goes hand in hand with the Zombie Photographer. A new toy comes out, you have to have it. Your G.A.S. is reinforced by some famous top notch photographer getting one and creating amazing work with it. You finally get one, and, well, see above.

I do have a touch of G.A.S., but not because I think the hardware will do anything magical for me. Or make me a better photographer. My list is mostly made up of items that will let me do or try things my current gear doesn’t allow. And, yeah, there are one or two items that are just toys.

If you don’t have a genuine need for it beyond “so-and-so has it” or “it’s new and shiny”, then don’t get it.

One of the things Joe mentioned that’s something I plan to work on a lot more in 2017 is collaboration. Working with other people is both extremely fun and very rewarding. When you go out on your own, you’ve no real point of reference, you’re just talking to yourself. Going out to shoot with others lets you bounce ideas off each other and get opinions on the spot.

It helps you to up your game and pushes you to improve. Even if you’re not out with another photographer, it’s still a great way to make your shoots more interesting. I photograph portraits on location. When I’m not dealing with a client, I like to go out and collaborate with other artists, models, friends.

It gets me out of my comfort zone, trying new things, and forcing me to challenge myself. Collaboration is something I didn’t do anywhere near enough of in 2016, and I’m determined to change that next year.

SOOC (Straight out of camera). Oh please. This really isn’t the badge of honour you think it is. All it says is “I don’t know how to use Lightroom/Photoshop” (or any other kind of image processing software).

And don’t give me any of that film purist nonsense, either. When you took your Kodak Gold to the local high street lab to have it developed, a machine automatically did all the corrections for you to cover up your mistakes. Most of the film photographers I’ve known throughout my life did far more to their images in the darkroom than the SOOC guys will ever do to their digital ones.

And speaking of shooting film. Stop boasting about it. Nobody cares but you. Nobody’s going to care if an image wasn’t shot on a digital camera. They’re not going to care which film camera you used, either. It doesn’t matter whether you use a big shiny Nikon F6, or a Potato. The only thing anybody will bother about is how the final results look.

Shooting film isn’t going to make you a better photographer. Nor is telling everybody that you shoot film.

What do you think of Joe’s list? Do you agree? Do you absolutely and completely disagree? Is there anything he missed? What photography pet peeves would you like to see go away in 2017? Let us know in the comments.

Can Taking Too Many Photos Wreak Havoc On Your Brain?

Use it or lose it – Have you got the brain for street photography?